A new film explores the career of the comedy cult hero, whose legend continues to spread 17 years after his death 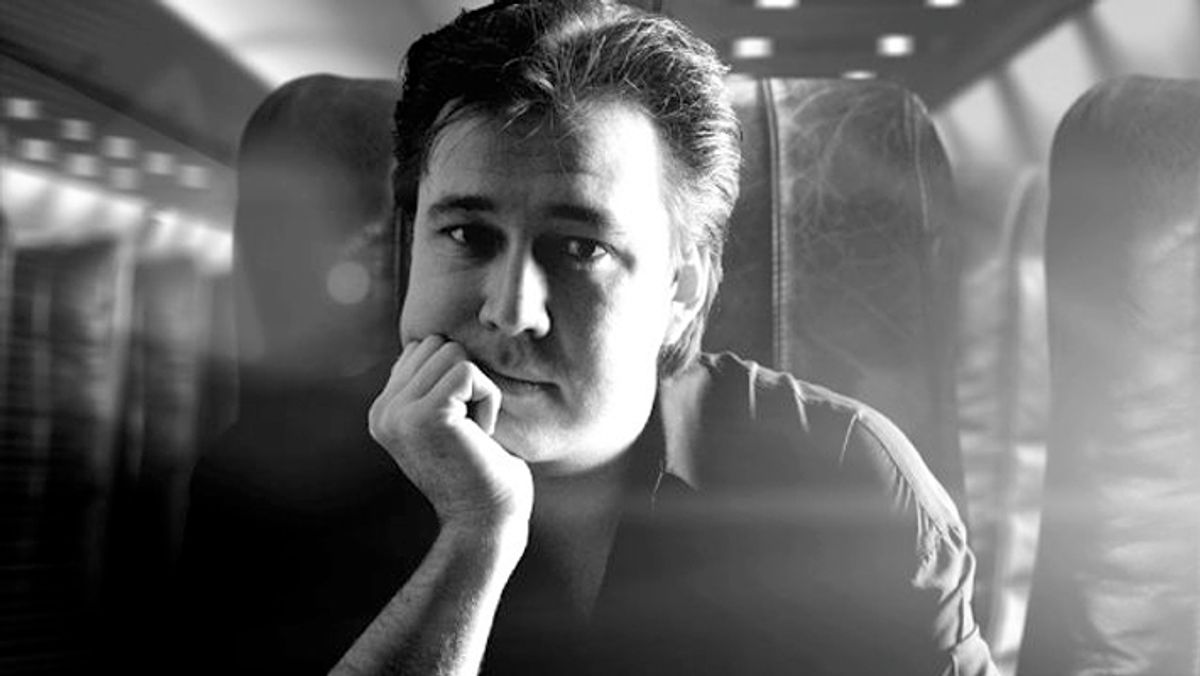 When Bill Hicks died of pancreatic cancer in 1994, he was just 32 years old but had been a working comedian for more than half his life. He was somewhere on the outer fringes of stardom, having done an HBO special, appeared a dozen times on Letterman and been offered a weekly column in the Nation. But Hicks was also seen as a "comic's comic," someone who was too heady and acerbic for a mass audience, and unlikely ever to top-line a sitcom or host a talk show. His last Letterman appearance in late 1993 was edited out of the show entirely, a decision for which the CBS late-night host would apologize to Hicks' mother, on the air, 16 years later.

In the wake of the first Gulf War and the federal siege of the Branch Davidian complex in Waco, Texas, Hicks had become increasingly angry and political, focusing his comic radar on the United States government and everything it represented around the world, especially the mind-set derived from capitalism and consumerism. In an exquisite and apparently improvised riff seen in Matt Harlock and Paul Thomas' compelling documentary "American: The Bill Hicks Story," he wrestles with the contradictions of his role, oscillating between urging everyone in the audience who works in marketing or advertising to kill themselves and imagining those people's response: "Oh, I see what Bill is doing! He's going after the anti-marketing dollar, the righteous-indignation dollar! That's a good dollar! He's really smart!" Stopping to calm his breathing, Hicks repeats himself: No, he's really not kidding. Kill yourselves.

That monologue was delivered to a sold-out theater in Britain, where Hicks was far better known and more beloved than he ever was at home. (His influence on British comedy may be less obvious than his stateside influence, but Russell Brand and Ricky Gervais, among others, are big fans.) Some of Hicks' critics have accused him of cynically tapping into the profound current of anti-Americanism that lies just below the "special relationship" between the two nations. That may not be entirely fair, but Hicks certainly seemed to thrive on his increasingly adversarial relationship with American audiences, who he once said reacted to his humor "like dogs shown a card trick." He traveled across the country furiously, doing hundreds of dates a year in venues like the "Comedy Pouch in Possum Creek, Ark." (where he often claimed to have just performed). In his last club appearance, a few weeks before his death, Hicks mocked "the fat Americans in the front row" and joked: "This is the material, by the way, that has kept me virtually anonymous in America for the past 15 years. Gee, I wonder why we're hated the world over?"

Hicks obviously wasn't the first or the last confrontational comic, and on the roster of famous comedians who died young, he ranks no higher than the third or fourth most famous. (One cannot conclusively state that Hicks' career of chain smoking, alcoholism and drug abuse contributed to his cancer, but it's certainly plausible.) But Harlock and Thomas' film, based on extensive interviews with Hicks' family and close friends and constructed out of cool-looking, postcard-style animations, makes a strong case for Hicks as a highly original practitioner of the form, who came out of Bible Belt suburbia and pushed stand-up into arenas of political commentary and philosophical speculation most comics had abandoned by the '80s.

Hicks famously described himself as "Noam Chomsky with dick jokes," but you might just as well call him the white, Southern Baptist version of Richard Pryor (who was probably his biggest role model, for good and for ill). Most obviously, Hicks is one of the prominent threads that connects social-political comics Lenny Bruce and George Carlin to contemporary examples like Bill Maher, Lewis Black and Jon Stewart. But all those guys came out of the Jewish and/or Catholic Northeast Corridor nexus that has traditionally shaped American comedy. Hicks was born in Valdosta, Ga., grew up in a conservative Houston suburb and barely graduated from high school; his relationship with Middle America's morality and worldview was far more intimate and complicated than the customary insults hurled from Manhattan and Beverly Hills. Furthermore, while Hicks became a politically polarizing performer, that wasn't central to his vision of comedy, which was more about developing an authentic performance persona that was true to your beliefs. (In that regard, I would say that Chris Rock, Dave Chapelle and Louis C.K. are also his disciples. If we assume, for the purposes of argument, that right-wingers are capable of intellectual honesty, then there could be a right-wing heir to Hicks' legacy as well.)

He began as a likable teenage performer at Houston's only comedy club in the late '70s, doing gentle, spoofy skits about his meddlesome Baptist parents. Looking at that fresh-faced kid in VHS recordings excerpted in "American," you can barely recognize the late-'80s and early-'90s Hicks who veered from onstage train wrecks (when inebriated) to intensely focused black-comic rants about the death of the American dream (when mostly sober). Despite the involvement of Hicks' mother and several of his closest friends and collaborators, Harlock and Thomas make no bones about Hicks' long-running battle with booze and drugs and cigarettes, nor about the fact that he believed that taking hallucinogenics pushed him to deeper insights. In Hicks' most widely quoted line, he imagined a TV newscast that puts a positive spin on mind-altering chemicals: "Today, a young man on acid realized that all matter is merely energy condensed to a slow vibration -- that we are all one consciousness experiencing itself subjectively. There is no such thing as death; life is only a dream, and we are the imagination of ourselves. Here's Tom with the weather!"

But if "American," with its provocative but incontrovertible title, establishes that Hicks somehow went from suburban goofball to enraged, acid-fueled, scourge-of-America supernova in 15 years, before quite literally burning out, the precise why and how will have to be explored elsewhere. This film is largely told from the perspective of Hicks' childhood pals Dwight Slade and Kevin Booth, along with his mother and siblings, and while it paints a revealing human portrait it largely ignores key professional relationships -- with Letterman and Jay Leno, with mentor Sam Kinison and friend-rival Denis Leary, who has been accused of pilfering Hicks' material. (Kinison appears once or twice in photographs, but Leary is never mentioned.)

No doubt for valid lawyerly reasons, we see only modest snippets of Hicks' live performances in the film, enough to convey his striking transformation and the eccentric force of his personality, which was more about his effort to be an anarchistic, truth-telling, neo-Jesus prophet figure than about any particular social or political agenda. Those who don't know his work can find it easily; a double-CD, double-DVD package called "Bill Hicks: The Essential Collection" was released last year; his individual albums and TV specials remain available, and he is the subject of at least two biographies. What we don't have, of course, is Bill Hicks himself, to take on the likes of Michele Bachmann, Wisconsin Gov. Scott Walker and the absurdity of a bankrupt and declining country embroiled in three overseas wars at once. It's tempting to say that Hicks wouldn't recognize America in 2011 -- he would only be turning 50 this year -- but he would, of course. He saw it all coming: too much war, not enough drugs.

"American: The Bill Hicks Story" opens April 8 at Cinema Village in New York; April 13 in Denton, Texas; April 15 in Los Angeles, Portland, Ore., Seattle and Toronto; April 22 in Dallas, Houston and Austin, Texas; April 29 in Chicago and Detroit; and May 4 in Nashville, with other cities and home video release to follow.