Surprisingly watchable and intentionally funny, the overexposed actor manages to keep us entertained in new video 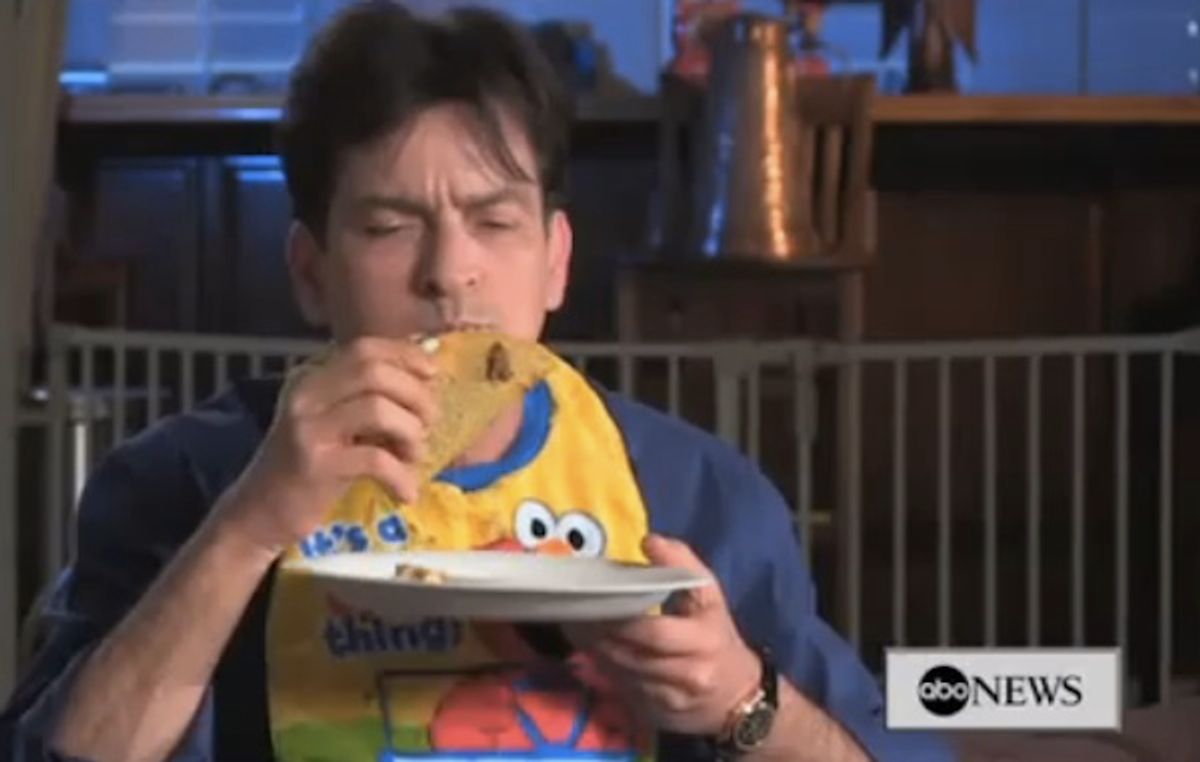 I am the last person to give Charlie Sheen credit for anything. I honestly wish we could all collectively get together and channel Gene Wilder at the end of "Willy Wonka," just so that we could turn around and scream in his face, "You get nothing! You lose! Good day, sir!"

That being said, I also really don't like ABC's Andrea Channing, who interviewed both Sheen for "20/20" and Rebecca Black for "Good Morning America." I've never seen anyone be able to simultaneously pander and act completely condescending to their subjects the way that she can. So maybe I'm a little predisposed to think that this video that Sheen('s people, let's be honest here) put out on Sunday called "Charlie Sheen: The Unedited Version," which takes moments from his "20/20" interview and re-cuts them so he's acting even more ridiculous than he was the first time.

I'll admit, it didn't sound too funny to me either, especially considering that Sheen's sense of humor these days involves laughing all the way to the bank with the money from his "Torpedo of Truth" tour.  The last time Charlie Sheen tried to be in on the joke of being Charlie Sheen (oh god, I'm starting to sound like him) it was a not-very-Funny or Die sketch that came out right around the time of the media blitz, and the thought of having to sit through another one of these "Winning! LOL TIGER BLOOD!" scripted messes just seemed even more painful than the original interviews.

BUT! There is something to this "Unedited" re-edit. There's a glint here of the absurdist humor from Charlie's "Hot Shots!" era, and I'll begrudgingly admit that when he says he's on a drug called "Carlos Estevez," I laughed.

I'm comforting myself by saying that Charlie didn't write this video (so he doesn't actually get the credit for being funny), and that half the hilarity comes from watching Channing's original reaction shots while Sheen eats tacos, talks in tongues, and turns into a giant cigarette. Still: Well played, Charlie. You're like one of those monkeys pounding away on your little typewriter, and you've finally hit on the opening of -- if not Shakespeare exactly -- maybe at least an episode of "Space Ghost: Coast to Coast."