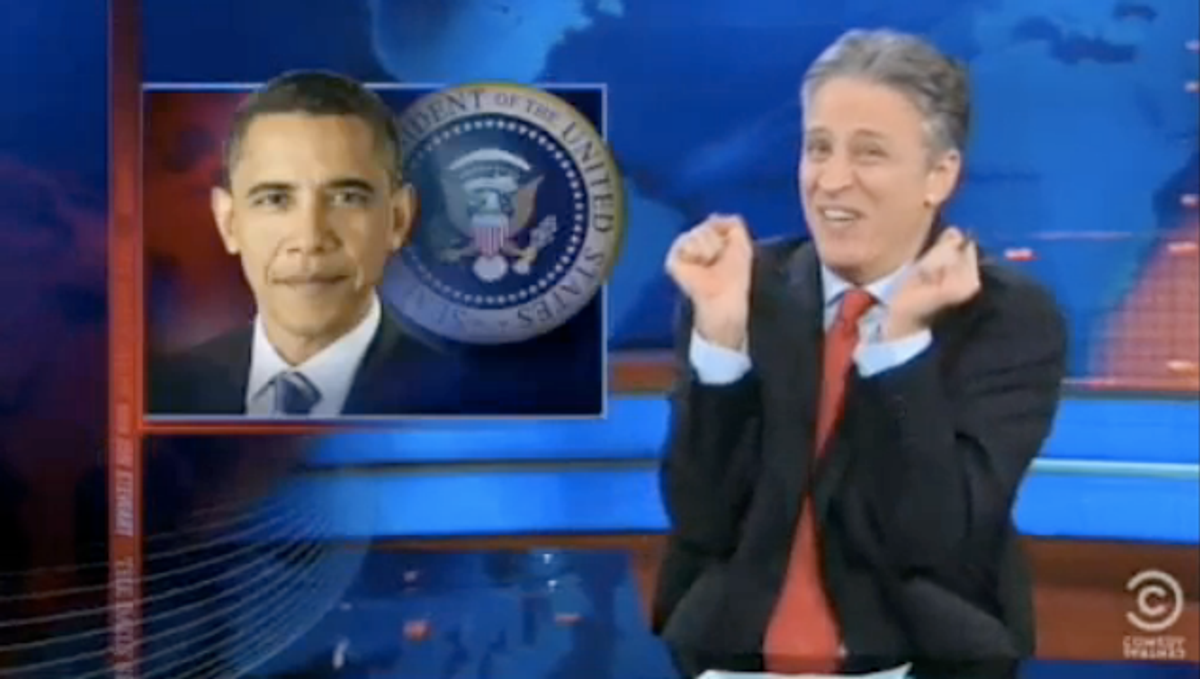 Fresh off the heels of Barack Obama's campaign announcement, Jon Stewart took a look last night at the president's electoral opening salvo -- the campaign video. And what the "Daily Show" found was a palpable lack of enthusiasm, evinced most clearly by the clip's "exhausted" Obama advocates. Part of the reason, Stewart suggests, could be the administration's about-face on transparency.