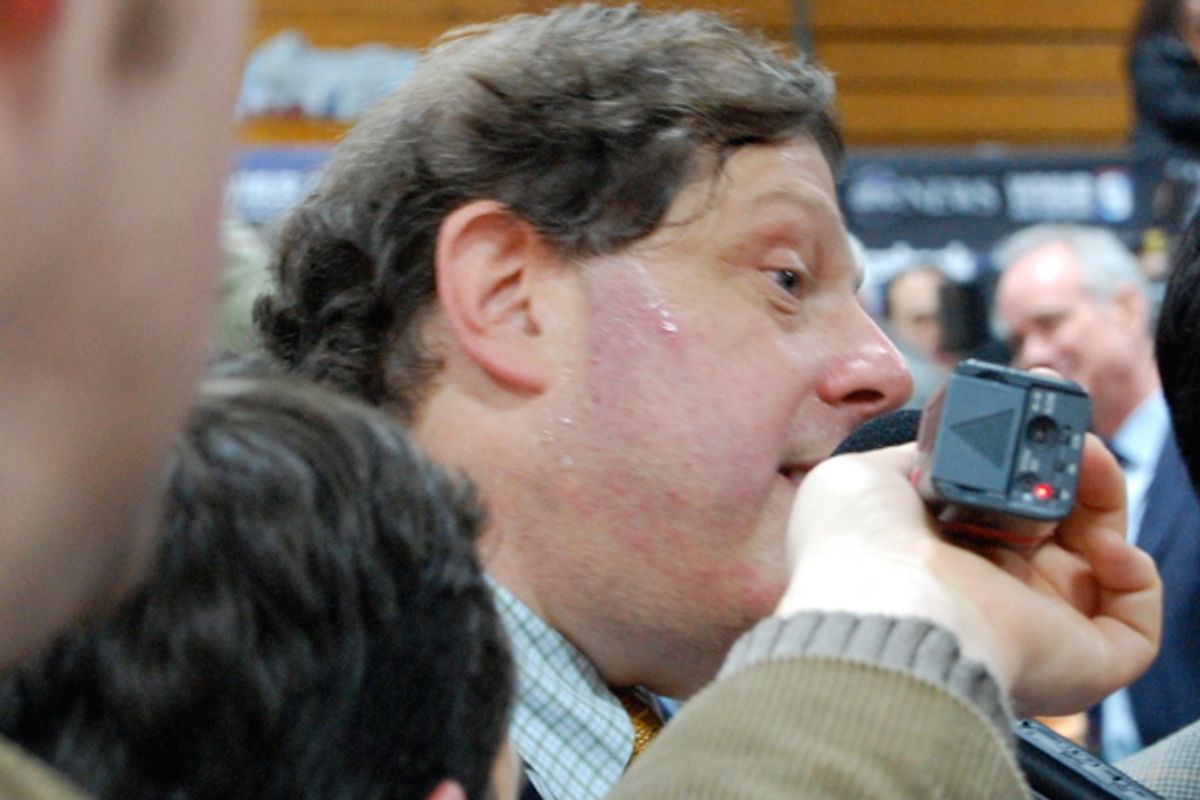 Pollster grifter Mark Penn is misleading from the very first sentence of his Huffington Post column on what President Obama must do to win reelection:

Only two Democrats in the last 90 years have been reelected to a second term -- Franklin Roosevelt and Bill Clinton. The rest of the Democrats have seen their presidencies cut short, and so the historical odds of Obama winning a second term are at first glance not encouraging.

What? That is technically factual and completely dishonest. Truman and Johnson -- Democrats -- were both elected to full terms after assuming the presidency. The only recent presidents to lose elections after serving full terms were Carter and Bush and Hoover. The only other president to lose an election instead of resigning or dying was Ford.

Another way to put this is: "Only four incumbent presidents have been defeated in elections in the last 90 years, and three of those presidents were Republicans, so Obama is sitting pretty." Or: "In the last 100 years, a nice round century, nearly all presidents who served a full term and then ran for reelection were reelected."

So Mark Penn is already full of it and we are not even all the way through the first paragraph. Is there even any point in reading on, to learn what losing campaign veteran Penn thinks Obama must do? No, there is not.

OK, fine, let's read on and see. According to Penn, if Obama wants to win, he must forcefully defend the essential principles of the Democratic Party and fight for organized labor and healthcare access for all, while sharply breaking with conservatives and "moderates" who want to slash the social safety net to pay for tax cuts for the wealthy. In order to energize his liberal base, he should promise to reintroduce the public option and slash defense spending, proposing both as deficit-cutting measures that will help instead of hurt the middle and working classes. He should also close Guantánamo Bay by executive order and try detainees in civilian courts, to show that he sticks by his ideals even in the face of political opposition. Then he must push for a major jobs program and get combative with the deeply unpopular (and hugely profitable) financial industry, which will appeal to white working voters who may otherwise no longer feel that the Democratic Party represents them.

Ha ha ha just kidding, Mark Penn actually just thinks Obama needs to "make a major move towards fiscal responsibility and a balanced budget as President Clinton did." Can't believe Mark is giving this gold away, instead of charging millions of dollars, like usual.