Can Will and Jaden Smith save an M. Night Shyamalan film? 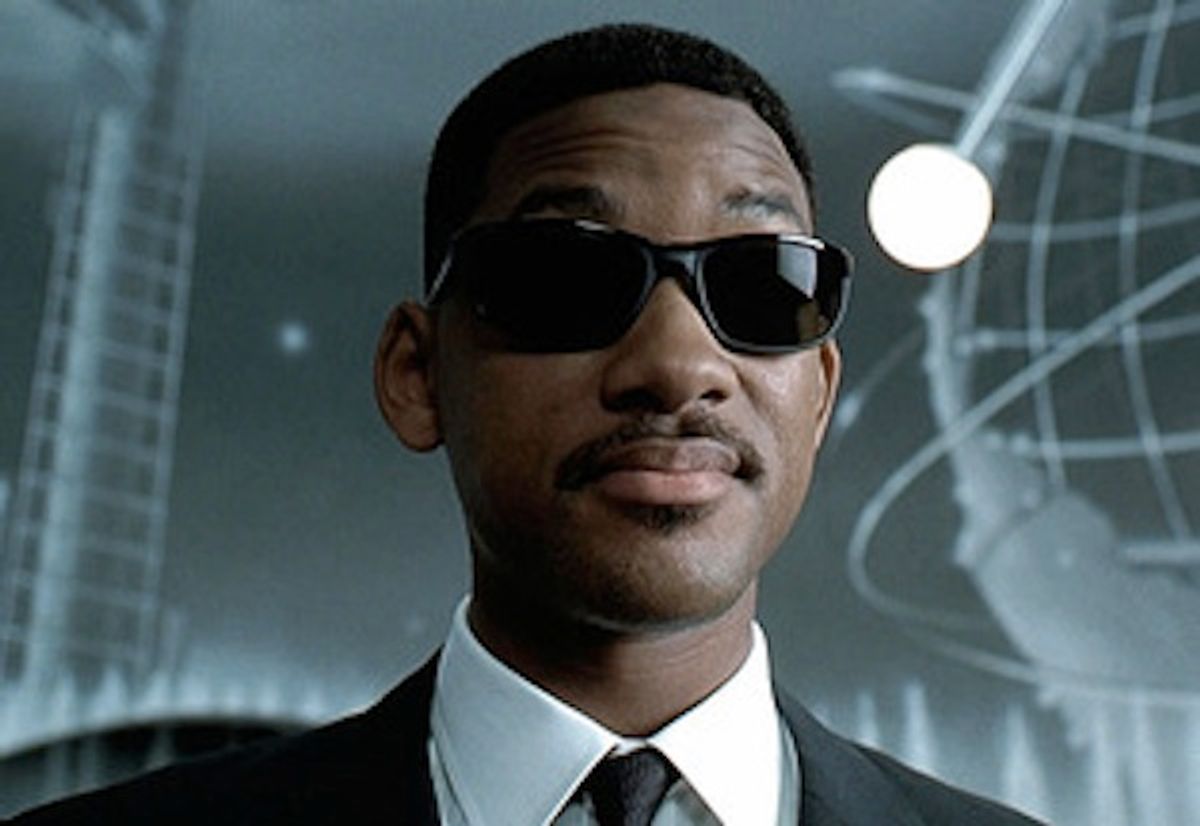 He saved the world, but can he save a terrible plot twist?
--

One thing you have to say about Will Smith: He is all about letting his kids have the spotlight. (Well, two out of three, anyway.) Jaden wants to be a karate expert and sing with Justin Bieber? No problem. Willow wants to whip her crazy hair back and forth on national television? Well, who is he to step in the way of a 10-year-old's dreams?

But as every parent knows, it's all about limits. You can't just let your kid star in every terrible script idea thrown his way ... or if you do, you have to let them learn from their mistakes by having their feature tank in the theaters. Normal parenting stuff, right, guys? If your kid burns his hand on a stove, you don't go "Here, let me burn myself with you, that will save this situation."

So please explain to me why Will Smith has agreed to star in the latest film by M. Night Shyamalan, whose name alone on a trailer can promise only box office poison. Is it because through some strange oversight, Jaden was allowed to take a role in the director's "One Thousand AE" (thankfully, just a working title) and now Will feels obliged to go in and try to save the film from itself?

Unsurprisingly, the plot sounds terrible: like a clunky mix of "Wall-E" and "The Road."

Set 1,000 years into the future, the movie centers on a young boy who navigates an abandoned and sometimes scary Earth to save himself and his estranged father after their ship crashes.

Oops, I think they just gave away the big reveal: Aren't you not supposed to know that they've been on Earth this whole time until the very end of the movie? And have been dead all along? Because they were killed by trees?

Though, if there is one person who might still be able to draw an audience to one of M. Night's twisty, turny, pointless-y thrillers, it would be Smith, whose career has remained unblighted by any major missteps. (With the exception being the stillborn "Men In Black 3," the continuing problems of which might also have played into Will's decision to take whatever is out there at the moment.)

Will's decision to not only star in the film, but bankroll it as well, might be the most dangerous choice he's made in Hollywood: pitting all the good fortune and relative talent of his own family against the terrible luck and lack of vision from their director.