Alec Baldwin claims the beloved, brilliant show only has one season left -- and we all despair 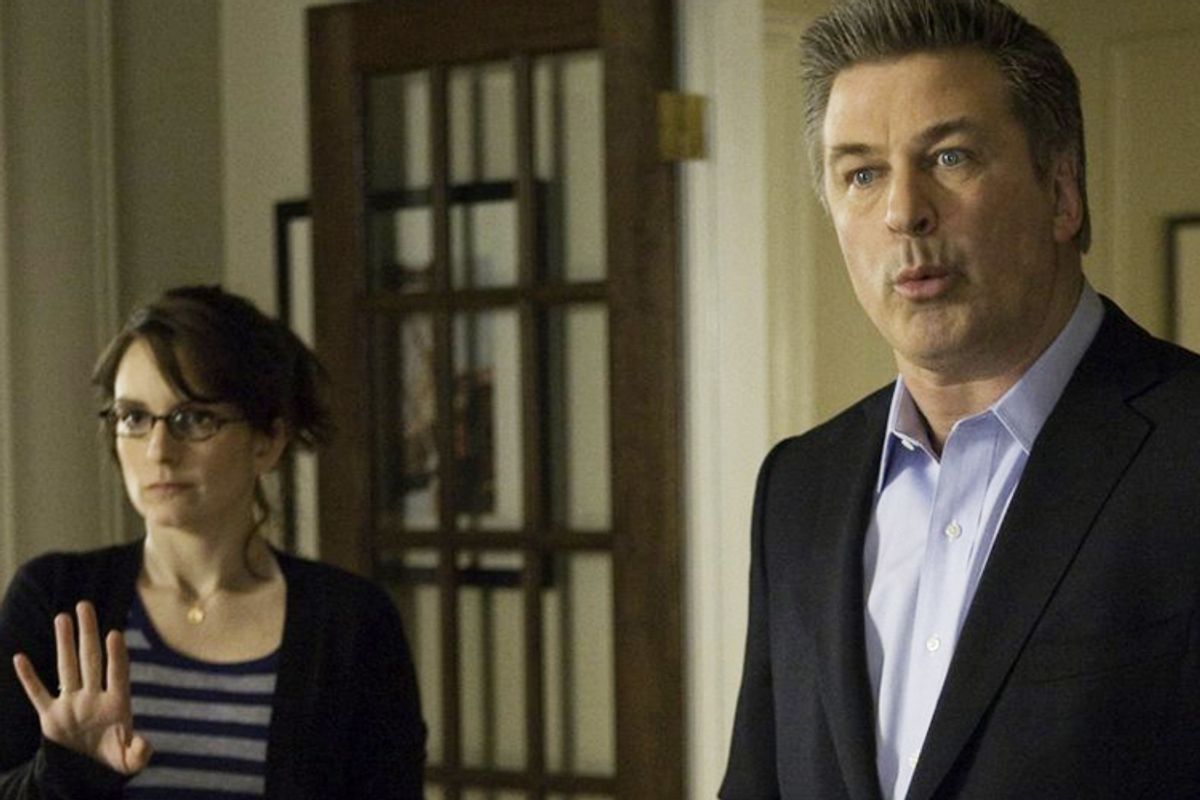 What can you say about the revelation that "30 Rock" will be shutting down shop in 2012? Besides, of course, "blerg"?

At a gala for the National Dance Institute Tuesday night, Alec Baldwin told Vulture, "I will tell you one thing. And that is our show next year is our last year of the show." Baldwin has repeatedly maintained his intention to jump ship when his contract expires next year, but this was the first public mention of the entire works going belly up. "Our contracts are expired [in 2012], and Tina is gonna have a big career directing films and writing. She's going to be the next Elaine May. She'll be great," Baldwin said.

Fey, who's got enough Emmys, Golden Globes and Mark Twain awards to suggest that she doesn't need to aspire to anybody else's career, certainly has plenty she can do outside of the Liz Lemon domain. The New York Times this week called her new book, "Bossypants," "dagger-sharp" and "extremely funny." She was in two movies last year, as a beleaguered bridge-and-tunnel type in "Date Night" and as the voice of Roxanne Ritchie in "Megamind." She's an accomplished screenwriter and producer. Baldwin's right, even if absolutely nothing else she's ever done -- and I'm including "Mean Girls" here -- touches the genius of "30 Rock," she'll still be great.

The rest of the show's team has similarly bright prospects. Alec Baldwin was a movie and stage star -- and one of "SNL's" most beloved recurring hosts -- long before he became Jack Donaghy. Tracy Morgan hosts and produces SyFy's "Scare Tactics,"  and has a robust stand-up career. Jack McBrayer is in every third movie that comes out. And television and Broadway veteran Jane Krakowski is due any moment to have her first child.

But what about us? Even the prospect of one more full season cannot mitigate the pain of the prospective loss of "30 Rock," a show that still, in its fifth season, remains one of the sharpest, boldest comedies on the air. What other series would attempt a live episode -- with Julia Louis-Dreyfus occasionally standing in for Tina Fey? Or do a whole show as a fake episode of a reality train wreck called "Queen of Jordan"? What other series would have a character offhandedly remark, "Where are my manners -- would you like some meth?" And who but "30 Rock" would not just toss in a devastating parody called "Gay Sports Center," but do it on the same episode that "Sports Night" creator Aaron Sorkin was guesting? These are dark times, especially for those of us still carrying around all that "Arrested Development" grief.

Despite its accolades and loyal following, "30 Rock" has never been a ratings blockbuster. Tina Fey has more than once joked that she'd always assumed she'd have been long since canceled by now. But what makes the show so vital and refreshing is that it's unlike anything else on the air. The frequently pitch-perfect domestic tribulations of "Modern Family," the romantic entanglements of "How I Met Your Mother," and the workplace indignities of "Parks and Recreation" and "The Office" have their satisfactions, but for pure, absurd delight, you've got to go to FX to even come close. That's why to imagine a world with no Funcookers, no Sandwich Days, no gaybies, no Wesley Snipes, is to hear the sound of laughter dying.

Yet all things in life are transitory -- even "Lost" and "24" had to wrap it up eventually. Fey, who turns 41 next month and has written eloquently  of her conflicted desire for a second child, may have a non-career-related incentive to take a break from the rigors of a weekly series. She's as much as said that she can't run "30 Rock" and take time to have a second child; perhaps she's decided that it's now or never time.

Whatever the motivations -- and there are likely many -- it's probably better to go out while the show is still at the top of its game rather than limp along like some New York-centric sitcom version of "Battlestar Galactica." If "30 Rock" really does bow out in 2012, it will have given us six memorably hilarious seasons and introduced the word "whuck" into the lexicon. It will have changed forever our understanding of "diabetes repair" and the intricacies of the NBC page program. If Fey and company are wise, they won't try to go out with some horribly overambitious finale, like "Cheers" and "Seinfeld" did. They'll just be funny, right up to the last moment, on a spring night a year from now. And while nothing can ever replace the Rock, is it too early to start wishing that Fey won't stay away too long, and that some genius out there right now is developing "Queen of Jordan" just in time for, say, June of 2012?