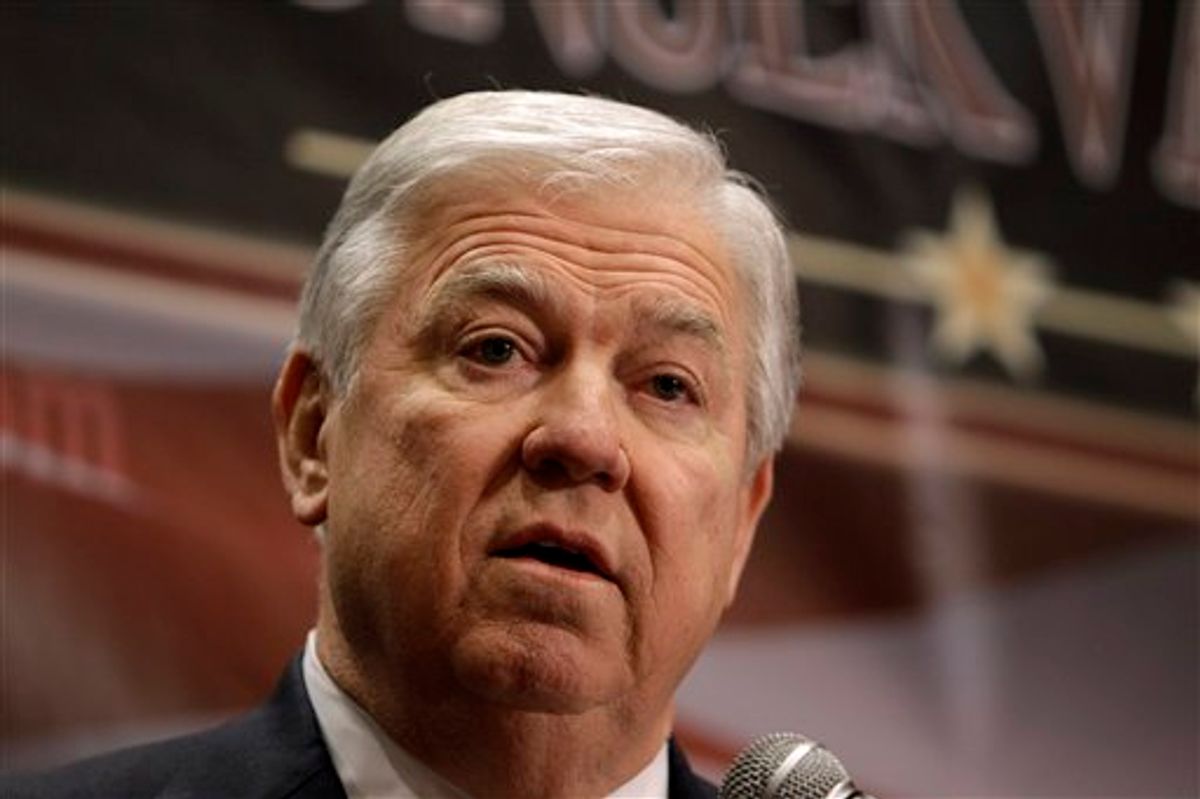 One of the many reasons why it's amazing that Haley Barbour is supposed to be taken semi-seriously as a presidential candidate is that he's basically the governor of a failed state. (Among the other reasons are his appearance, voice and career history.) Mississippi leads the nation in almost everything that a state doesn't want to lead the nation in. Mississippi is the poorest state in the union, with the highest poverty rate and the lowest quality of life. And the state government is ineffective and oblivious when it isn't just plain corrupt. Which brings me to Mother Jones' report today on Mississippi's child-welfare system, which, you will probably not be surprised to learn, is underfunded, understaffed and completely unable to protect the welfare of children.

That is hardly fresh news. Mississippi's child welfare system has been shockingly inadequate for years. Poorly trained social workers are handling far too many cases, and there are thousands upon thousands of reports of abuse and neglect every year. Many of those reports are not acted upon by the state's Division of Family and Children's Services, which the governor controls. The state was sued in 2004 and was forced to agree to a series of reforms. Now, years after settling, the state has not reformed very much:

Except, four years later, that overhaul hasn't happened. According to the independent monitor assigned by the court to the Olivia Y. case, DFCS, under Barbour's watch, has struggled to implement the required reforms. A 2010 report (PDF) by the monitor, Grace Lopes, noted that DFCS had missed deadlines laid out in the settlement, and was nowhere near on track to meet the requirements agreed to by the state. While child welfare funding had increased and a new management team was in place, the state was still failing badly. In some instances, Lopes wrote, there was "no evidence" that Barbour and state officials had even tried to comply with the settlement.

In October, the attorneys who had sued Barbour years earlier filed a contempt motion. Of the 119 requirements Mississippi needed to meet by the end of 2009, it had partially or fully fulfilled only 17, according to legal filings. Barbour's administration failed outright to meet 52 of the requirements, and neglected to provide data to Lopes on the remaining 50, so she couldn't assess whether the state had done what it had promised or not. The lawyers say extreme measures are now necessary to fix Mississippi's child welfare system, including appointing a receiver who would seize control of DFCS and force changes to be made. "Mississippi's court-ordered reform of its foster care system is moribund and children continue to live in jeopardy," the motion concludes.

"Republican governor of impoverished state does as little as possible to help neediest citizens." That will probably not ever be a FLASH in Politico's PLAYBOOK.

But then, Gov. Barbour has a very different idea of who counts as Mississippi's "neediest citizens":

"My first year as governor my pro-life agenda was adopted by our Democrat-majority legislature, and Americans United for Life, I am proud to say, named Mississippi the safest state in America for an unborn child," Barbour said.

It's a bumper-sticker cliché, I know, but rarely is it illustrated so starkly: Mississippi is "the safest state in America" for a child until the second it is born. At that point, you're on your own, sister!