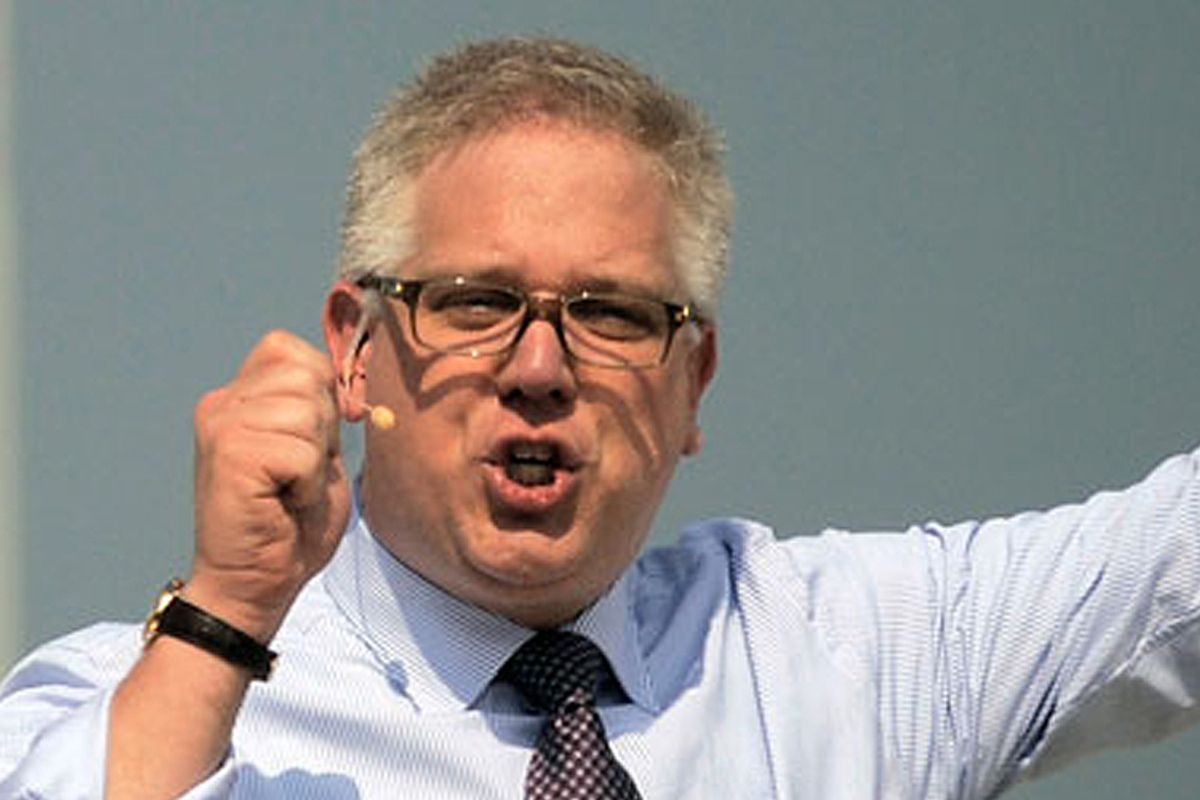 Glenn Beck, America's single most trusted newsman, is "transitioning away" from his daily Fox News television show, which is press release talk for Beck leaving to pursue other moneymaking opportunities and Fox deciding to air something at 5 p.m. that it can actually sell advertising on.

Because Beck and Fox both need to demonstrate that no stupid liberals made them "cave" in any sense, at all, ever, this is presented as the single most mutual and amicable cancellation of a cable news talk show ever. You'd barely notice that the show won't be on anymore:

Fox News and Mercury Radio Arts, Glenn Beck’s production company, are proud to announce that they will work together to develop and produce a variety of television projects for air on the Fox News Channel as well as content for other platforms including Fox News’ digital properties. Glenn intends to transition off of his daily program, the third highest rated in all of cable news, later this year.

Fox's senior vice president in charge of managing Beck will join Beck's company now, where he will continue to act as "liaison" between canny grifter Beck and the executives in charge of the television industry.

Because Beck makes most of his money outside of Fox, and because his show does not make very much money for Fox, this was basically inevitable. Now Beck will start his own cable channel or Internet video news channel or possibly star in a cartoon about himself.

For all that talk in the release about how Fox and Beck will continue working together, Howie Kurtz refers to this as "a near-total divorce." Beck will make some inane "specials" for the network and then they will both be glad to be rid of each other. And Beck will learn that while his core audience will continue throwing money at him, he will no longer attract so much national attention from everyone else once he's no longer on TV every day.

It will probably be Donald Trump.