James Franco goes on "Colbert Report" to defend all his degrees

The actor-cum-student-cum-artist-cum-whatever has a secret: He thinks America is dumb 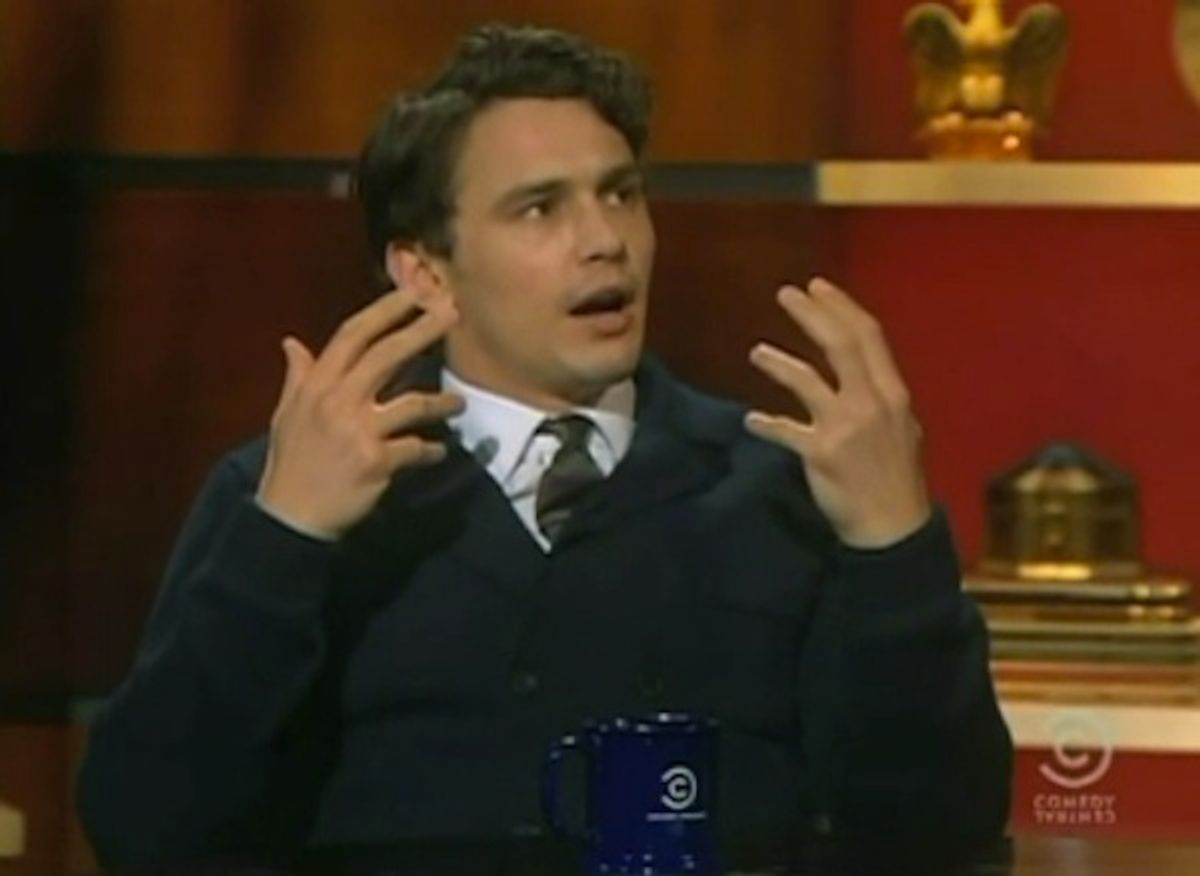 James Franco explains why he's better than us, won't get fat.
--

James Franco is one prickly pear. It makes me wonder how he handles his class critiques over at Yale/NYU/Columbia/RISD/some place called Columbia University in Hollywood, etc.

After apparently reading our article calling his MFA-grabbing into question, James appeared on "The Colbert Report," calling himself Frank Jameso (new "General Hospital" character?), an evil twin who knows what to ask his brother to make him mad.

"Does he think he's a Renaissance Man, or is modern America so intellectually bankrupt that anyone pursuing any cultural enrichment of any kind makes him seem intellectual?"

Wow, shut up, James Franco. That's not even a real question.

When Stephen says that he didn't see Franco studying backstage, the flash of real anger in the actor's eyes makes his whole stupid grandstanding kind of worth it. Also, when he tells James that Marlon Brando is basically calling him a pussy. Backtrack, fat Franco! Backtrack!