How not to sell us on the future of home shopping 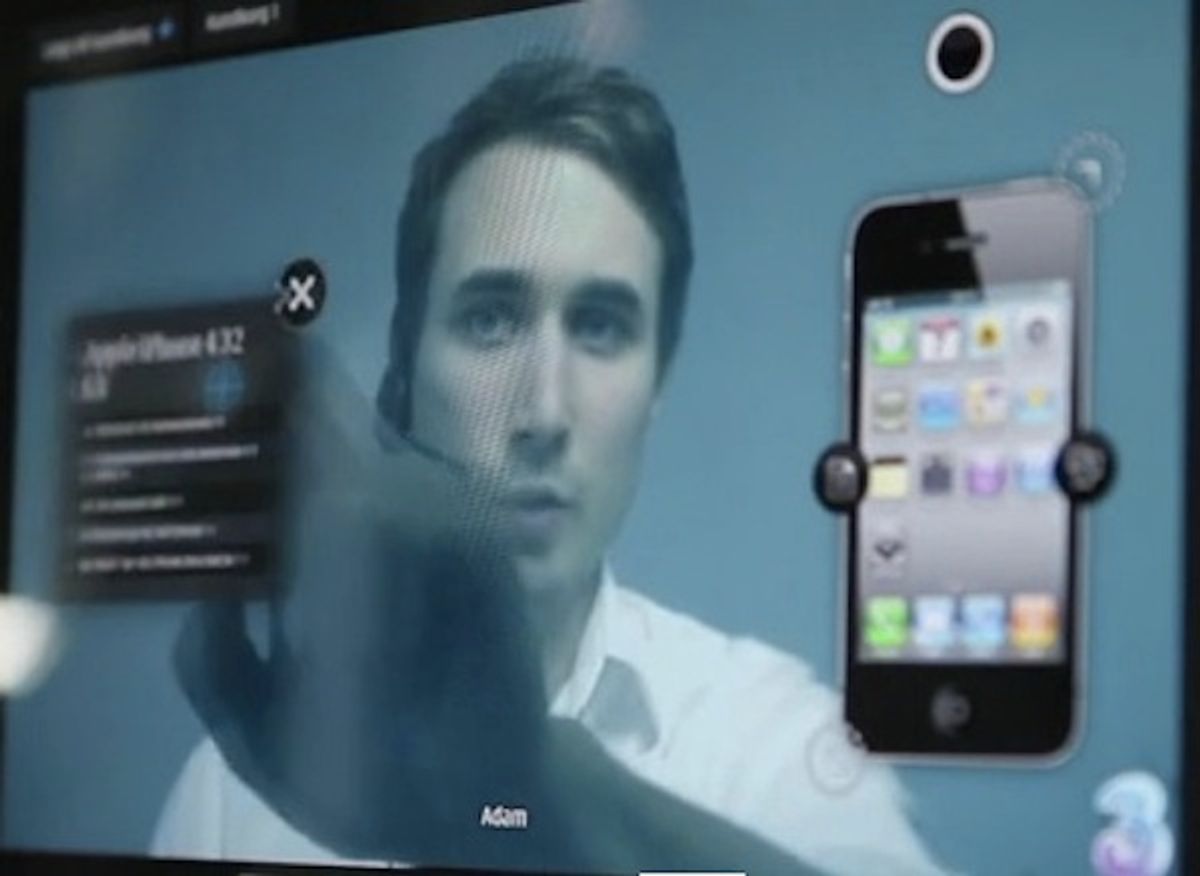 The identity theft of tomorrow, today!
--

Well, hey, this looks neat! A group called B-Reel (get it?) gave us a demo of what the future of personal shopping will look like courtesy of their interactive program 3Live Shop, and it involves a lot of screen-touching and having face to face chats with service representatives in headsets from other countries. Fun!


If this looks like something you've seen in the movies before, it's because you have. From 3Live's site:

The system is capable of detecting multiple fingers and hands at the same time it allows the sales person to interact with products on the display while it’s all recreated on the customer’s side. Think Tom Cruise goes phone salesperson in Minority Report!

No? I mean, thanks, but I don't want to think about a film that is about how our reliance on human-technology hybrids will end with me being accused of a murder I didn't commit when I am just trying to buy a pair of sandals from a guy in Winnipeg.

Then again, maybe something is just getting lost in the translation, since the post also starts "3Live Shop is exactly what its name implies," and that's just not true. It doesn't imply anything except the name of a "telecom operator 3" service. So the name implies the name that implies nothing at all. We're in the future already!