If the GOP cuts Planned Parenthood funding, the abortion rate will jump, especially for poor women 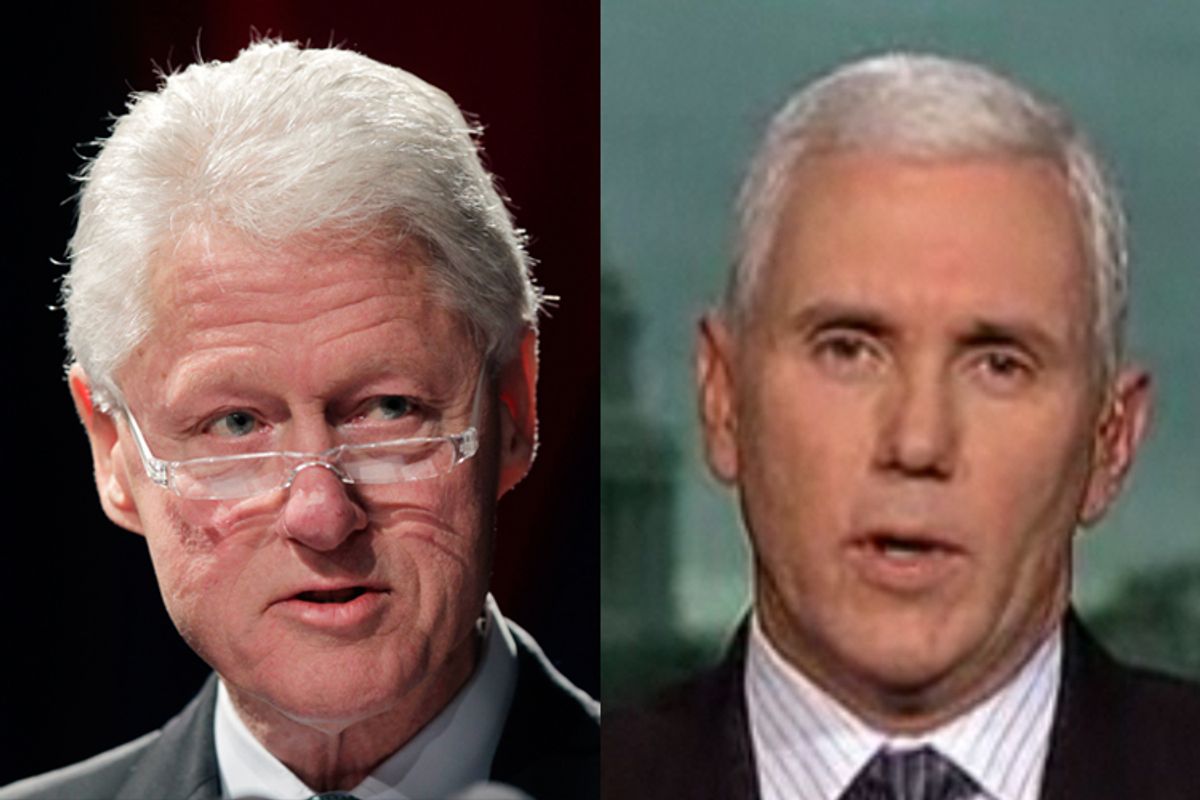 Rep. Mike Pence vowed to continue his jihad against Planned Parenthood Wednesday morning, telling Willie Geist on "Morning Joe" that he's willing to reject any budget compromise, and shut down the federal government, if that's what it takes to defund the women's healthcare services provider.

Of course I am. I think the American people have begun to learn that the largest abortion provider in the country is also the largest recipient of federal funding under Title X. They want to see that come to an end. I think there's a broad consensus in this country, regardless of where you stand on the subject of abortion; there's a broad consensus for decades now opposing public funding of abortion and abortion providers… We're going to dig-in, we're going to fight for the principle that taxpayers should not have to subsidize the largest abortion provider in the country, namely Planned Parenthood of America.

Pence is lying, and he knows it. Not a dime of government funding goes to Planned Parenthood to provide abortions. The group has a separate organization, with separate staff in separate buildings, all with private funds, to provide abortion services. Federal funding pays for a broad range of women's healthcare, from breast and cervical cancer screenings, STD testing and contraception. Last year Planned Parenthood, which provided family planning and other healthcare services to 2.5 million women, performed over a million cervical cancer screenings and more than 800,000 breast exams. Six in 10 clients say it's their main source of healthcare.

A 2009 Guttmacher Institute report found that the nation's abortion rate would be two-thirds higher -- and the rate for poor women would be twice as high -- without federally funded family planning services, most of which go to Planned Parenthood's network. Former President Clinton, who tends to stay out of culture war messes, made note of that contradiction in a statement supporting Planned Parenthood today.

The assault on Planned Parenthood is unjustified. It is penny-wise and pound foolish. The law strictly and clearly prohibits the use of federal funds for abortion services. The Republicans’ elimination of funding for Planned Parenthood, will in the end cost more than it saves by ending the ability of millions of American women to receive family planning services, breast and cervical cancer screenings and preventative healthcare at cost-efficient Planned Parenthood centers. And the denial of simple birth control and family planning services may well increase both the number of unintended pregnancies and abortions in our country.

Clinton is right; we shouldn't hesitate to point out that what Pence and his GOP friends are doing is encouraging abortion.

The GOP-led House already passed Pence's bill, and the entire parade of likely 2012 contenders supports it, too. But 41 senators led by Barbara Boxer, including independents Joe Lieberman and Bernie Sanders but no Republicans, say they will filibuster any attempt to cut Planned Parenthood's funding. Moderate Republicans like Olympia Snowe, Susan Collins, Lisa Murkowski and Scott Brown have expressed reservations about defunding Planned Parenthood completely, but haven't committed to a filibuster to stop it.

We must be clear: Planned Parenthood is frequently the only women's healthcare provider in some cities and rural areas. Blogger Andrea Grimes detailed her search for an alternative to Planned Parenthood around Dallas after a local right-wing legislator assured her there were plenty of clinics to fill the void. Grimes is an uninsured freelancer who needs regular cervical screenings. In days of searching she found one nonprofit provider who might have an appointment sometime in May -- if she called back in three weeks. Everywhere else she was referred was either booked, didn't provide those services, or didn't answer their phones. Later she learned that the local public hospital provided care to uninsured women, but only if they had an ongoing medical relationship there; in its web of clinics, there were three who could see Grimes, two sometime in May, one in July. (Planned Parenthood could give her an appointment the same day.)

On "Hardball" today, Melissa Harris-Perry explained that in the event of a government shutdown, this lets the GOP scapegoat women, particularly feminists and poor women. It's also about making the lives of poor and working people as miserable as possible. Chris Matthews couldn't understand why people who oppose abortion couldn't come together behind funding family planning services instead. Watch below: