With a cast including Patti Lupone and Stephen Colbert, we still wonder if the Sondheim production can be updated 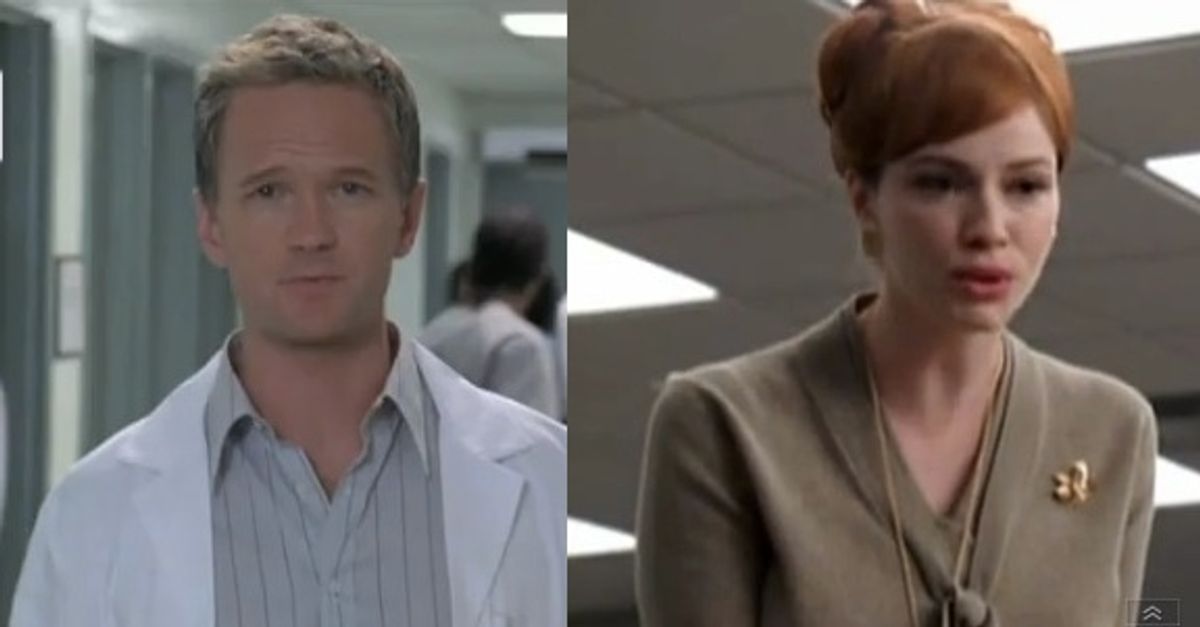 Doogie and Joan, together in song.
--

This must be the year the live concerts realized they could make way more money if they started filming their productions. We've seen the Arcade Fire, Duran Duran and the National all take part in a new media collaboration with famous directors to have their shows live-streamed on the Internet. And now Broadway's starting to come around as well, which ostensibly should allow them to ease up on their harsh bootlegging policy. (I'm still mad about getting kicked out of "Phantom of the Opera" because I brought in a recorder during a school field trip.)

Stephen Sondheim's "Company" will be getting the cinematic treatment this April, when the New York Philharmonic's version of the show will be taped for a June film release. Usually I'd wonder who would go pay $11 to sit in a movie theater and watch a play, but the lineup of "Company" is so good, it might as well be a blockbuster. Not only is Neil Patrick Harris -- that superstar of every medium -- playing the happy bachelor Bobby, but he'll be hamming it up with Patti LuPone, one of the biggest names on Broadway.

Oh, you don't like musicals, you say? That's fine, you could always go see the movie for its other cast members, which include Christina Hendricks from "Mad Men," Jon Cryer (who apparently found another gig post-"Two and a Half Men"), "Goonies" alum Martha Plimpton, Craig Bierko and Stephen Colbert. Come on, you wouldn't go see a movie that has Colbert singing and dancing with Joan Holloway? Really? You must be dead inside. Plus, it will be interesting to see how campy Neil plays the role of Bobby, whose bachelorhood makes his married friends call into question his sexuality at random intervals throughout the show. Though NPH has played it straight before, I wonder if the actor's real-life sexual preference will color the audience's view of the role. Or is that the point of this new, contemporary "Company"?