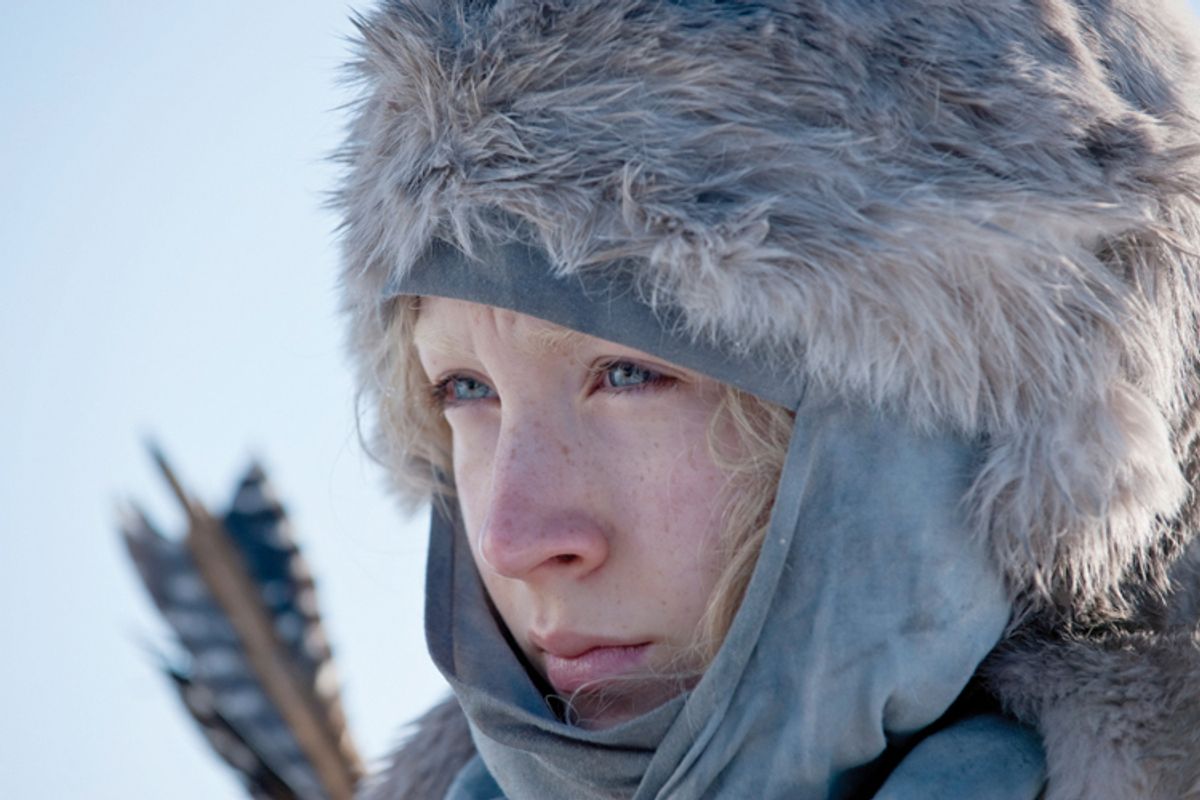 When we first see Hanna, the eponymous feral killer played by Irish teenage sensation Saoirse Ronan, she's partway through a hunt that will end with the death of a magnificent male reindeer. You could call it a hackneyed scene or an archetypal one -- we're meant to see that Hanna respects the deer as an equal, and that in her Arctic furs and her ferocious, androgynous beauty she's almost a wild animal herself -- but either way English director Joe Wright delivers it with such bravado it pretty much works. Sometimes the symbol-hammer clangs more obviously than that. In the piecemeal library that Hanna's cryptic, Teutonic father (Eric Bana) has used to educate her in their way-off-the-grid Finnish cabin, Hanna is drawn to extremes and anomalies: The blue whale, largest animal ever to live on our planet; supernovas, the universe's most powerful cosmic events.

With the unearthly Ronan at its center, Cate Blanchett in marvelously tailored fembot suits and a slippery Southern accent playing the CIA villain (or rather, playing Tilda Swinton playing the CIA villain) and a get-this-party-started electro-dance soundtrack by the Chemical Brothers, "Hanna" is being positioned in the marketplace as a cooler, art-schoolier answer to Zack Snyder's "Sucker Punch." It's the thinking man's chick-action flick (and whether that makes it less nerdy, more nerdy or just nerdy in a different way is a subjective question). It's also undeniably exciting to watch, for most of its running time -- and most consumers may not object to the fact that Wright's skill with actors and his architectural, art-historical eye for composition (the cinematographer is Alwin H. Kuchler) don't entirely conceal the fact that he has nothing to say.

"Hanna" is an undeniably ambitious film, after its 21st-century mashup fashion. Yes, it's a heavy-handed allegory or fairy tale about a weaponized human being, raised in the wild and then unleashed against the security superstate as an avenging angel. It's got meticulous old-school action sequences, modeled on Bruce Lee movies or '70s spy films: A battle royal in the Berlin U-Bahn, a hotel-room shootout, a chase among the containers in a shipyard. It's got a tangled "Alias"-meets-"Frankenstein" plot about the relationship between Hanna, her ex-CIA agent dad, Erik (Bana), the slinky and sinister Marissa (Blanchett) and Hanna's long-dead mother, Johanna (Vicky Krieps), seen only in flashbacks. It's got a trio of sadistic Eurotrash assassins in a not-so-new Range Rover who seem to have escaped from a never-completed, mid-'80s Jean-Jacques Beineix film. It's got a hippie-dippie English family on holiday in Morocco and Spain, whose overly knowing, would-be-slutty daughter (the hilarious Jessica Barden) becomes Hanna's guide to a world she knows nothing about, having never seen electric light, let alone a computer or a television.

It's got a flamenco interlude. And, honestly, you have to give full props here: What kind of director stops in the middle of a movie that's already overstuffed with formulaic action plot and fairy-tale symbolism to give us several minutes of a Spanish flamenco performance that has nothing to do with the story? Well, a director who cares more about the individual pieces of the movie than what they add up to, that's what kind. And it's funny: While I was watching that flamenco scene -- which is totally absorbing, and beautifully photographed -- along with the enraptured Hanna and the sweet-looking Spanish motorcycle kid who's about to give her her first kiss, I was thinking, This movie is nuts! And that's kind of great! Maybe that episode was in Seth Lochhead and David Farr's screenplay, but I'm guessing it was all Wright, who has a demonstrated tendency, even in literary adaptations like "Pride and Prejudice" or "Atonement," to make intuitive, art-film leaps.

That feeling didn't last. As "Hanna" winds down toward an utterly familiar action-movie climax, its evocative and mysterious universe of possibilities becomes depressingly cruel, not to mention literal-minded. In case all the fairy-tale elements haven't been made clear enough, Hanna and Marissa have to kill lots of people and then chase each other through a decrepit Brothers Grimm theme park in Berlin, which I guess recalls other famous scenes in thrillers, but not in a good way. There's even another goddamn deer. You can virtually feel Wright's interest in the project draining away into an instrumental cynicism that Snyder's "Sucker Punch," for all its crazy stupidity, never displays. "Hanna" is almost a terrific movie, or a partly terrific one, but all its giddy, improvised wonder resolves into nothing more than a ruthless, symmetrical story about a murderous monster. Bring back the flamenco dancers.