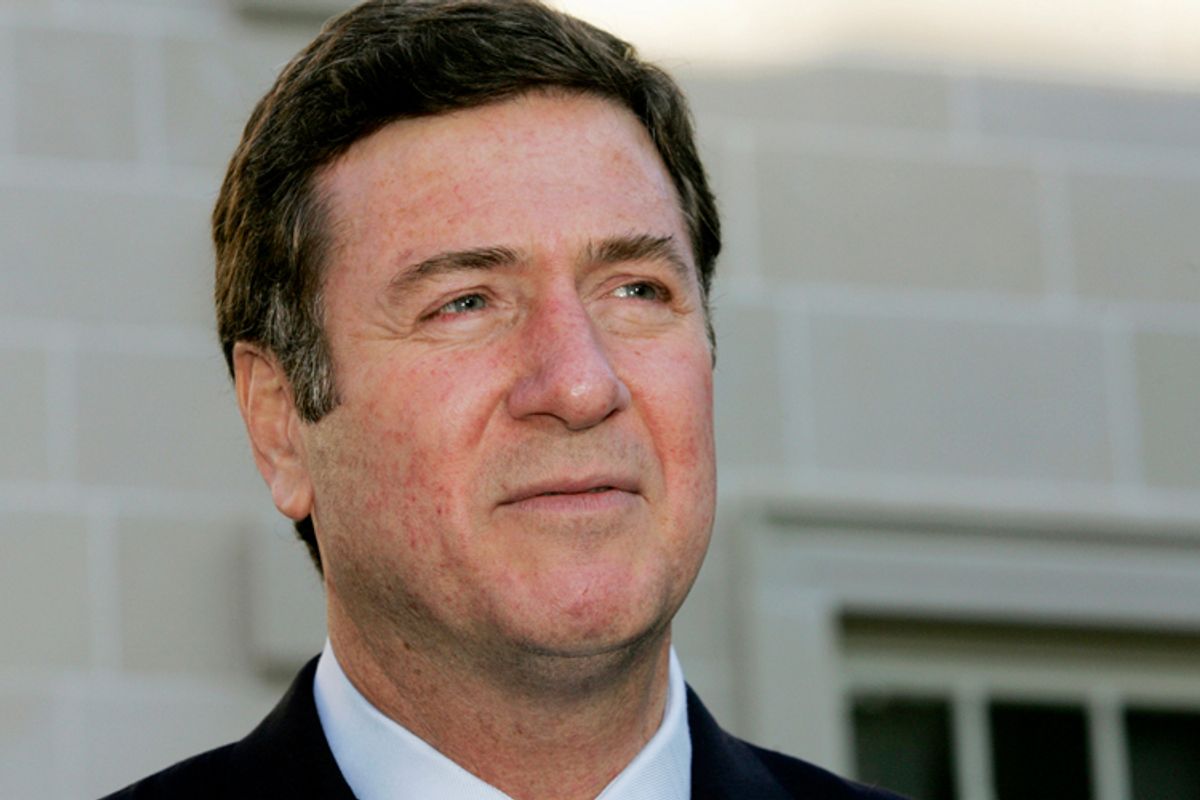 Yesterday, former and would-be future Sen. George Allen (R-Idealized Antebellum Old South) asked a tall black man, "What position did you play?" The man, TV reporter Craig Melvin, did not actually play sports. I suggested that Allen assumed Melvin played sports because Allen has a history of saying racist things. Allen apologized, and said he often asks people the "position" question, because he has a prop football lodged in the Wernicke's area of his cerebral cortex, a childhood injury suffered shortly after the 1963 NFL championship.

The "position" question comes up around three minutes in.

There is evidence that George Allen -- a man without qualities besides "football" and "casual racism" -- just asks all guys what position they played. Ryan Nobles, a big white reporter, said on Twitter yesterday that Allen "often asks me what position I played in sports as well."

Perhaps it is unfair to lay the blame for this gaffe on Allen's well-documented racial issues. It could just be that he is completely incapable of imagining a man who did not play football, at some point.

But there is one person whose athletic history George Allen has not inquired about. That man is Lee Fang, a reporter with Think Progress.

After speaking once with the senator during the question and answer period, I again raised my hand for a second question. For some reason, possibly because I was the only minority in an all-white audience, Allen dismissed my second question by asking if I understood what an "at-bat" meant:

DUNLOP: I think we have one more question here. [pointing to me]

ALLEN: This guy has a question. I'll talk to you afterwards [inaudible] let everyone get a bat [makes baseball bat swinging motion]. You understand at-bats -- right?

So George Allen just asks all sorts of men what position they played, unless the men are ... Asian. Then he seems to think that they don't understand the basics of sports in general. (Which, uh, George? I think you have your racial stereotypes mixed up, vis-à-vis Asians and baseball.)