What happens when "Rachel Getting Married" meets "Donnie Darko?" 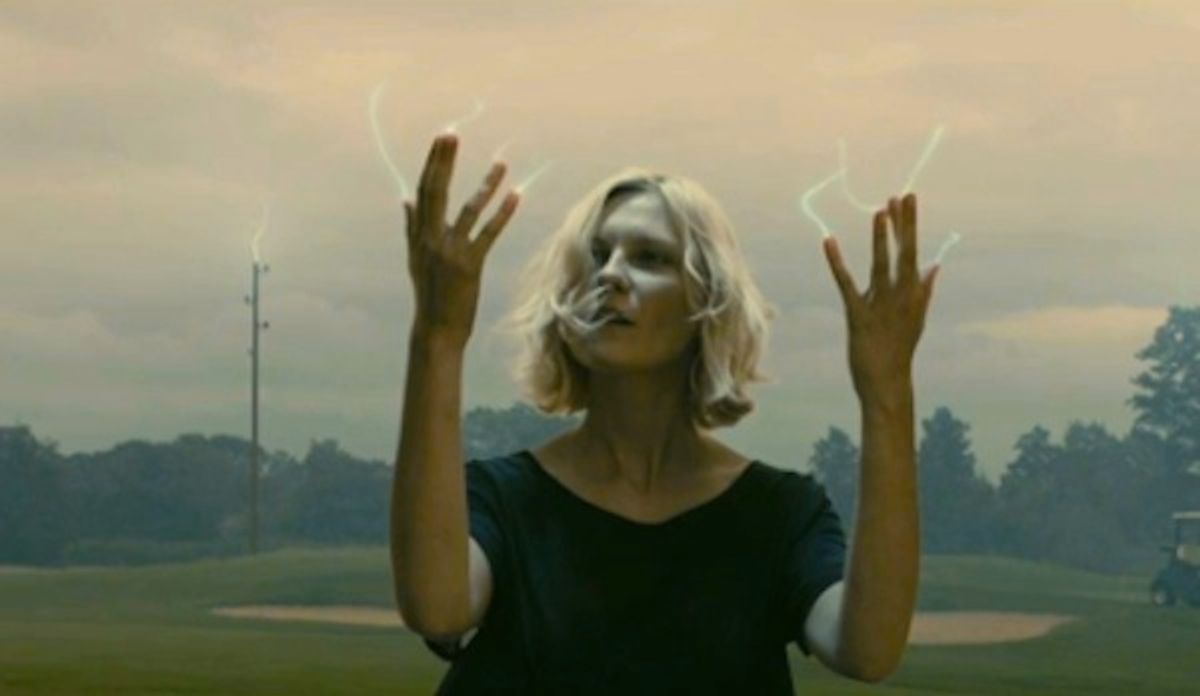 No Dogmas were harmed in the making of this movie.
--

Those of you who saw Danish director Lars von Trier's last film "Antichrist" may be scared away from his latest feature, "Melancholia." Don't worry: as far as I know, this movie features way less genital mutilation and talking foxes.

It does however, have an hodgepodge cast seemingly picked from names out of a European bowler/and or ironic trucker hat, with stars like Kirsten Dunst, Alexander Skarsgard ("True Blood") and his father Stellan ("Good Will Hunting"), Kiefer Sutherland, Charlotte Gainsbourg, Charlotte Rampling ("The Night Porter), and John Hurt.

As for the plot, the Dogma 95 creator seems to have abandoned his realistic style halfway through the movie for a more Richard Kelly aesthetic. Kirsten Dunst is getting married to Skarsgard, and their wedding is being held at the house of his sister (Gainsbourg) and husband (Sutherland). There is some family melodrama, and then there is a lot of hailing and odd weather. Maybe Gainsbourg hates Dunst because of an incestuous love of her brother? Whoops, no time to find out, the world is ending.

By the way, the title of the film comes from that red planet headed straight for Earth, because NASA is into giving celestial bodies very emo-sounding names these days.

I'm not sure about "Melancholia's" chances: too many random actors can ruin a good show, and having Dunst and Skarsgard as the film's leads when they are arguably the least interesting of the players could mean long stretches of yawning. Then again, it could be "Festen" meets "Southland Tales," which is a film I would very much like to see.