Why I'm awful at golf but still keep these clubs

I don't fool myself I'll use them again, but those battered nine-irons are a reminder of amazing times with my dad 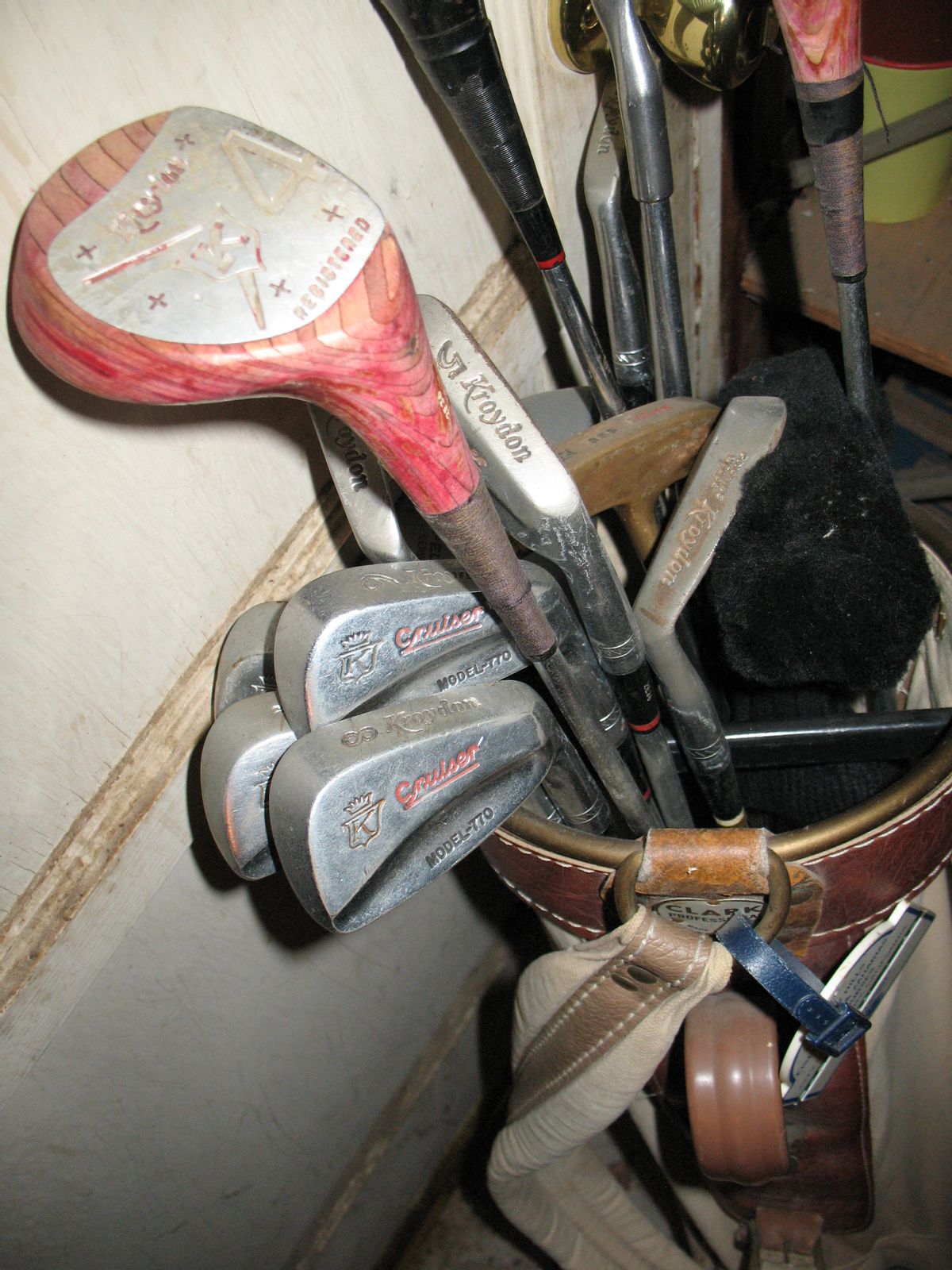 I don't remember the first time my father and I played golf together, but it was a mismatch made in heaven. Two angry sons of Ireland ill-suited to the game, we tore up more sod than a spud farmer in Killarney. We hit the links and the links hit back. Civil defense sirens alerted schoolchildren to duck and cover. In our wake, we left a battleground scarred by mortared lob shots, wayward woods, zinged worm-burners and caromed ricochets off innocent cars in the parking lot.

Dad's gone now and I don't play anymore, but I can't bring myself to get rid of my father's battered golf clubs. I've had them ever since he gave up the game over 25 years ago. I'm not fooling myself that I'll ever use them. If I decide to take up the sport again, I'd have to buy new clubs. They were, to say the least, well-worn when he donated them to me and by the time I put them away, crooked and bent as Irish blackthorn walking sticks.

Despite our shortcomings on the green, my father and I managed to approach each round of golf with a sense of carefree optimism. The five hours of topped irons, shanked woods and sand showers between the first swing and the defeated trudge to the parking lot brought us back to earth.

Sometimes, rounds went uncompleted. One three-wood is responsible for the shortest stay Dad and I -- or perhaps anyone -- ever had at a golf course. On the very first hole Dad unloaded a whistling duck hook that, after a detour or six, nestled itself in the only empty bottle slot on a nearby soda machine. Amid laughter from amused onlookers, Dad said to me, "I left the car running," and started off toward the parking lot. I knew what that meant -- follow him now or walk home.

Then there's the nine-iron Dad used to rewrite some inviolable laws of physics. He tried to hit a flop lob onto the green, but instead, without benefit of ricochet, deflection, collision or headwind, he managed to send the ball 25 feet behind him. Dad had not kicked it. He did not throw it. He did not catch the ball on his backswing. Dad merely swung the club, the club hit the ball, and the ball went backward. Mass, force, energy, square root of the speed of light -- none of Einstein's Principles stood a chance against my father with a golf club in his hand.

I had my share of inglorious moments, too, after I took over the clubs. Once my fourth attempt to escape the beach resulted in a clean pickup of the ball. It rose like a ballistic missile high over the green and across not one but two adjacent fairways.

Another round I teed my ball up on 18, just a double bogey away from breaking 90 for the first time. The hole was a long par four. I swung mightily and, to the shock of everyone present, put it on the green in one bounce! The wrong green, as it turned out -- the one I'd just played, located a mere 100 feet away.

The shared agony of our rounds together was not without its moments of joy. Sometimes we'd just laugh at our mutual ineptness. Occasionally fate, luck or a well-parked Buick led to a brilliant and unexpected result. We drank in the good fortune and cheered each other on.

But the best times were just when Dad and I were walking down a fairway, the weather perfect, the conditions ideal, the green relatively empty. I'd look over and see my father, a half-smile on his face. He'd catch my glance, turn toward me and say, "Son, not a bad way to spend an afternoon."