As a shutdown looms, a blitz of celebrities make their plea online -- but three unknowns are the real stars 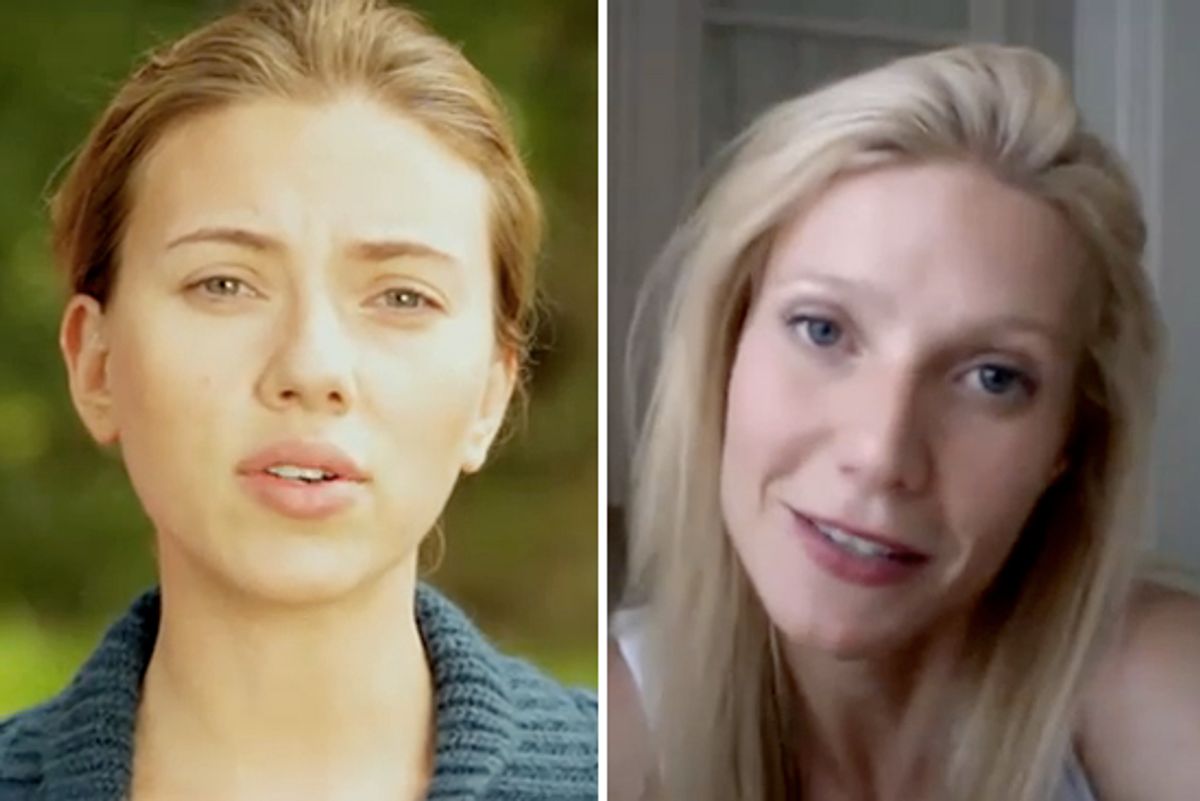 Imagine living in a country that would crash and burn its own system rather than put resources toward family planning, cancer screenings or healthcare for its women. Joke's on you, Americans, you already do!

And with a looming government shutdown that threatens to, among other things, make us look like the biggest dumbass theocracy in the Western Hemisphere, Planned Parenthood has gone into deep defense mode, with a little movie star help.

In a starkly fact-filled and deeply affecting new spot, Scarlett Johansson lays out what's at stake for Americans whose family values include health and reproductive freedom: "A cancer that goes undetected. A sexually transmitted disease left undetected. A woman unable to get the birth control she needs to plan her family and take control of her own destiny. This is the disastrous vision of some leaders of the United States House of Representatives."

Explaining the "lifesaving preventative care" the organization provides, Johansson does her spin on a simple plea: to Stand With Planned Parenthood. On Wednesday, Gwyneth Paltrow posted a brief message of support as well. And in a clip posted Tuesday, Sarah Silverman, Kadee Strickland, Kathleen Turner and other high-profile female performers issued their own invitations to get involved in an urgent battle that could mean the difference between life and death for uninsured and low-income women across the country.

But perhaps even more effective than Johansson's assessment of what Republican uterus meddlers are trying to strip away is Planned Parenthood's charmingly amateurish, sweetly sincere, and seriously motivating "Come on, Natalie, make the call!" spot. Like a low-fat yogurt commercial but for reproductive rights, the video has chicks sitting around talking about stuff, less than stellar acting ("Where are you going to get your birth control and your pap smears and all that stuff?"), and zero production values. But if you watch it, you can click to a link that will patch you directly to your United States senator's office to voice your support, as a constituent and sentient human, for healthcare rights. I did it this morning -- it took a minute, it felt good, and the woman in Chuck Schumer's office told me I was "awesome." Time's running out -- and you don't have to be a superstar to do something that can make you feel like one.