Is this melodic horned horse the best viral marketing since the Old Spice Guy? We think so 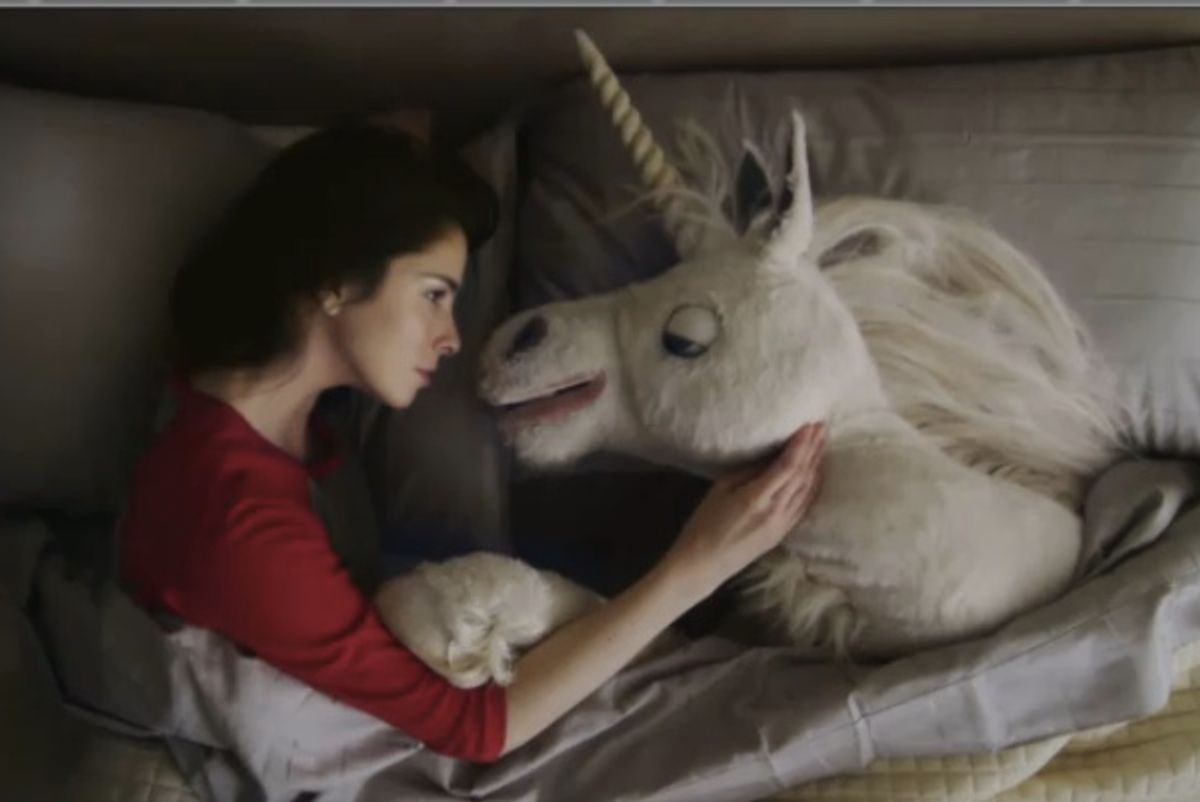 Sarah has finally moved on.
--

The best job in the world must be being Sarah Silverman’s boyfriend. Well, unless you are Jimmy Kimmel, in which case I guess hosting your own late night show and f*cking Ben Affleck is more spiritually rewarding.

But don’t worry, Sarah, there’s a new player in town who wants to wine and dine you, and that’s the Serenading Unicorn.

I have high hopes that the S.U. can become the new Old Spice Guy: i.e., a viral marketing entity that transcends commercialization and enters memehood based on its own cleverness, not from all the money thrown at it by its parent company. Because after checking out some of the other videos from the Serenading Unicorn, I’m pretty sure I want to buy the whole album of Unicorn songs if it includes numbers like:

"Thanks for Friending Me"

(and my personal favorite) "Baby Your Haircut Is Growing On Me"

So far, the Serenading Unicorn has 18 videos, most of which were put online early last month and deal with topics relating to the Internet experience. Though Sarah Silverman is the Unicorn's first big guest star, he's also managed to snag YouTube celebrity (and 50 Cent's friend) Keenan Cahill to sing a duet with him.

Whoever the guys behind this Juicy Fruit campaign are, they sure know their Internets. Now, can we get the Serenading Unicorn to sing a murdercore song with Rebecca Black? Because that would be rad.