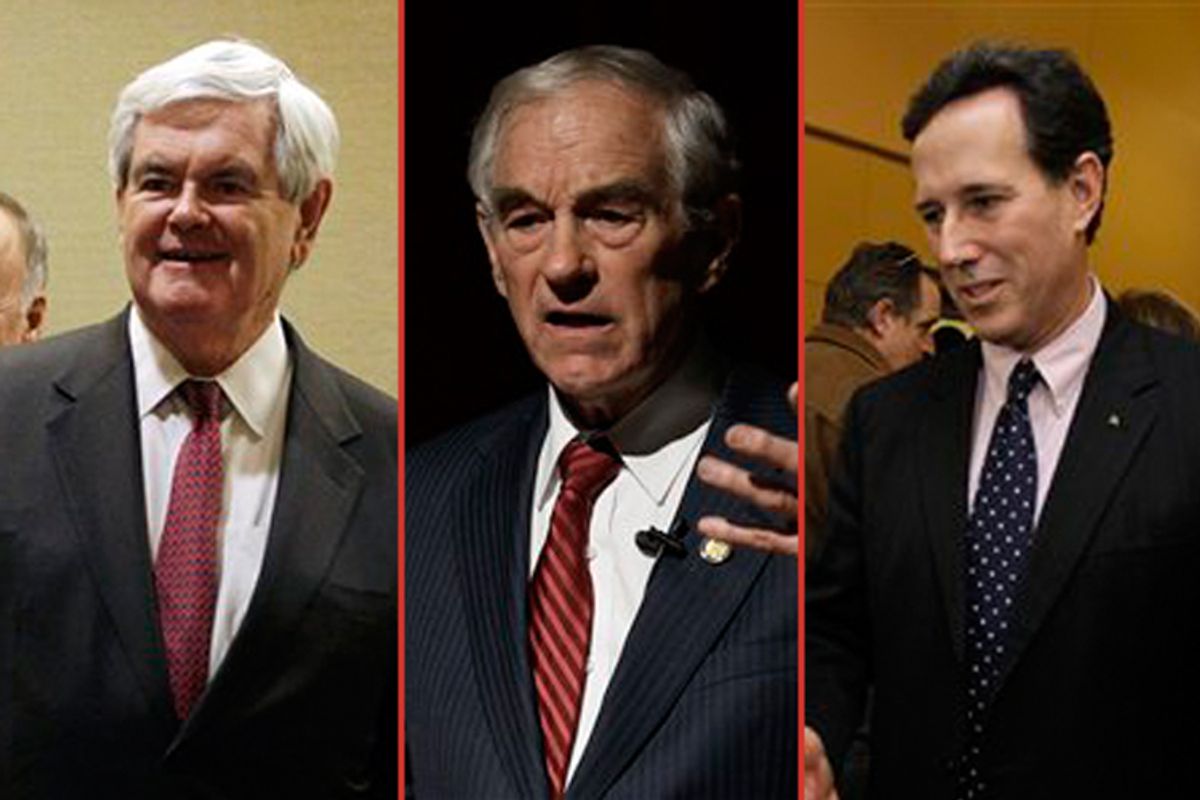 Five candidates have been confirmed for the first presidential debate of the 2012 election. On May 5, Newt Gingrich, Buddy Roemer, Ron Paul, Tim Pawlenty, and Rick Santorum will meet in South Carolina. This is the preliminary list of losers, so there is still time for more clowns to RSVP.

Politico and NBC postponed their planned first debate of the campaign because of the poor quality of candidates, but the South Carolina GOP is just going to allow Rick Santorum to be on national television in the year 2011.

Mitt Romney's not coming -- he does not have a formal exploratory committee yet. So the front-runner -- in many respects the sole serious candidate -- will not attend (because it would drag down his seriousness to be seen with the circus freaks, I guess). Michele Bachmann, the Palin stand-in with a shot at maybe winning a delegate or two, hasn't been confirmed, either.

Where is Herman Cain? I have no idea. Fred Karger, my favorite candidate, has invited himself. But he may not meet the "criteria" required to participate. (He is gay.)

I imagine there will be a lot of ganging up on Newt, but he'll probably come out looking smarter than everyone else. (Ron Paul will just say his usual cranky stuff about endless expensive unchecked war and the gold standard etc..) The debate will air on Fox News.