Michel Bras is a hero because he inspires me to look at simple food a new way. I hope I've done a bit of the same 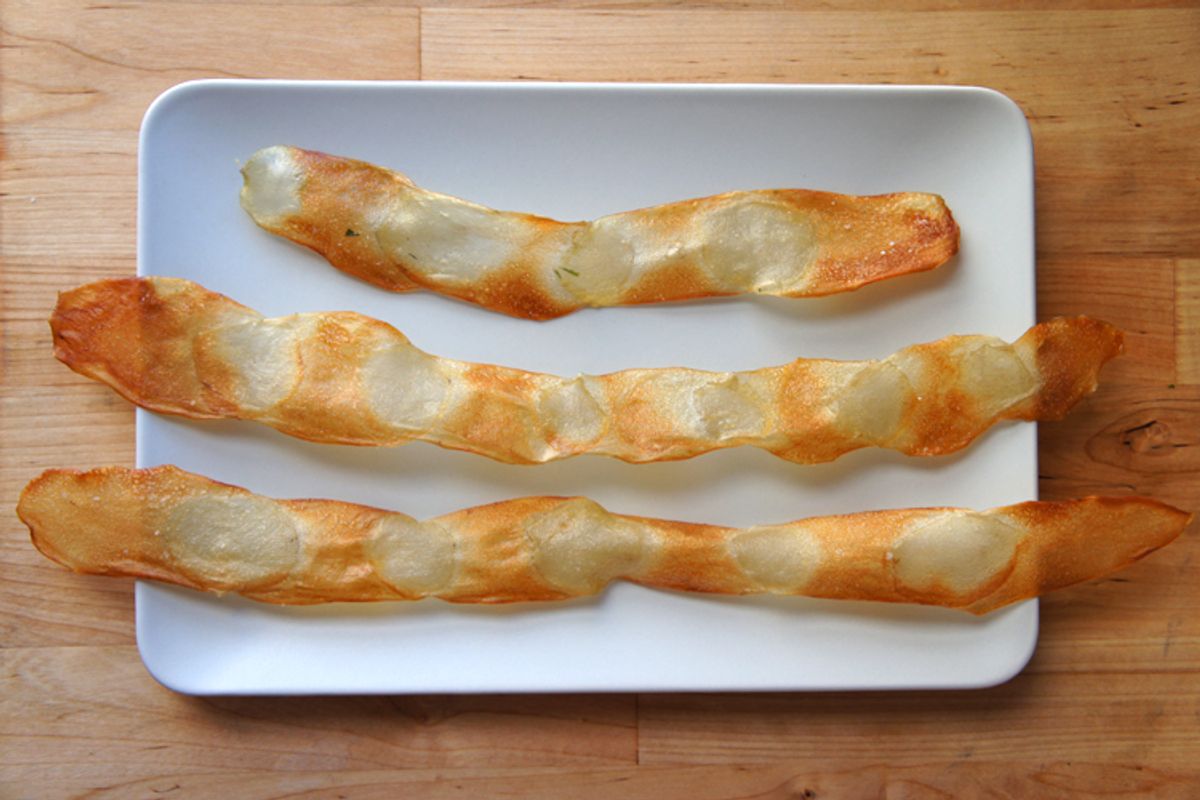 In my very first piece for Salon -- if you don't count our little Salon Food birth announcement -- I wrote about discovering a hero in the chef Michel Bras. I'd never met him, never eaten his food. All I knew of him was from a movie, a decade-old documentary in which he sometimes struggles to articulate in words what it is that inspires him, but also in which he beautifully articulates his philosophy and character in the way he cooks -- with respect, humility and curiosity. Watching him handle and hold the vegetables he's cutting is a marvel; you're watching a sense of wonder made physical.

I realize that sounds kind of laughable. But then again, how is it that a man whose signature dish is, essentially, a salad can be regarded as one of the greatest chefs in the world?

I think it's because of his compelling sense of wonder, of his endless fascination with his ingredients -- what they taste like, what they feel like, what they smell and look like. What he might be able to do with even the simplest food to make it seem new again, to reveal more of its character. I recently had the opportunity to watch him peel a carrot. (Yes, that sentence is for real, and the experience was spectacular.) He did this utterly pedestrian thing with such focus and care that when he'd cleared off all the peel and continued shaving into the carrot, beautiful, noodley ribbons curling onto his board, I could imagine the first time he did this, the first time he noticed this gorgeous shape, the first time he realized he could present carrots in a form so delicate and elegant.

So much of the soul of cooking is learning to open your eyes to the possibilities of anything in the kitchen. In my copy of his book "Essential Cuisine," he wrote an inscription: "Nature speaks; experience translates."

I'm thinking about this today because I hope that in my own, tiny, nongenius way, I've been able to help inspire your own cooking in this column. I've tried to share simple concepts and techniques to demystify new-to-you ingredients, or to make old ones taste new again. (For some reason, I also found it necessary to describe these "simple concepts" in 1,500-word columns. Sorry, I'm a yapper.) Whether it was to rediscover the aromatic pleasures of ginger and scallion by splashing them with sizzling oil, or to concentrate summer vegetables into a dense brick of pure flavor, to brulee and caramelize your Easter Peeps or to share the recipe for the greatest roast beef sandwich I have ever met, I hope you've enjoyed reading, talking and cooking with me.

If all this sounds a little bit like a soft-focus flashback montage sequence, it's because, well, it is. Cue the waterworks: This is my last column for Salon.

That's what I said when I started, and I'm proud of the stories, essays and conversations we've shared here. For the last year and a half, I've had the pleasure and privilege of discussing the issues of food with you, big and small, from wondering about the ethnic politics of shark's fin soup bans to the taste of things too horrible to enjoy in polite company. (Wait, this is going to turn into another montage sequence. Somebody stop me!)

It's been a wild, educational, gratifying, infuriating, thrilling, humbling, exciting time. And so it's with gratitude and sadness that I'm leaving Salon, but I won't be going too terribly far. I hope to still contribute some meandering thoughts, and I'm excited by what's coming up. I'll be easy to find, on Twitter at @francis_lam, and on the web at about.me/francis_lam. I hope you'll say hello!

But one more thing before I go -- a recipe from Michel Bras. It's for a long potato crisp, crackly and browned like the best chips, but with a softer, more mellow heart. In his truest spirit, they're simple, delightful and just odd enough to get you wondering what else you might do with them ... other than mow them all down before dinner's served.