What actually happens if the U.S. hits the federal debt ceiling? 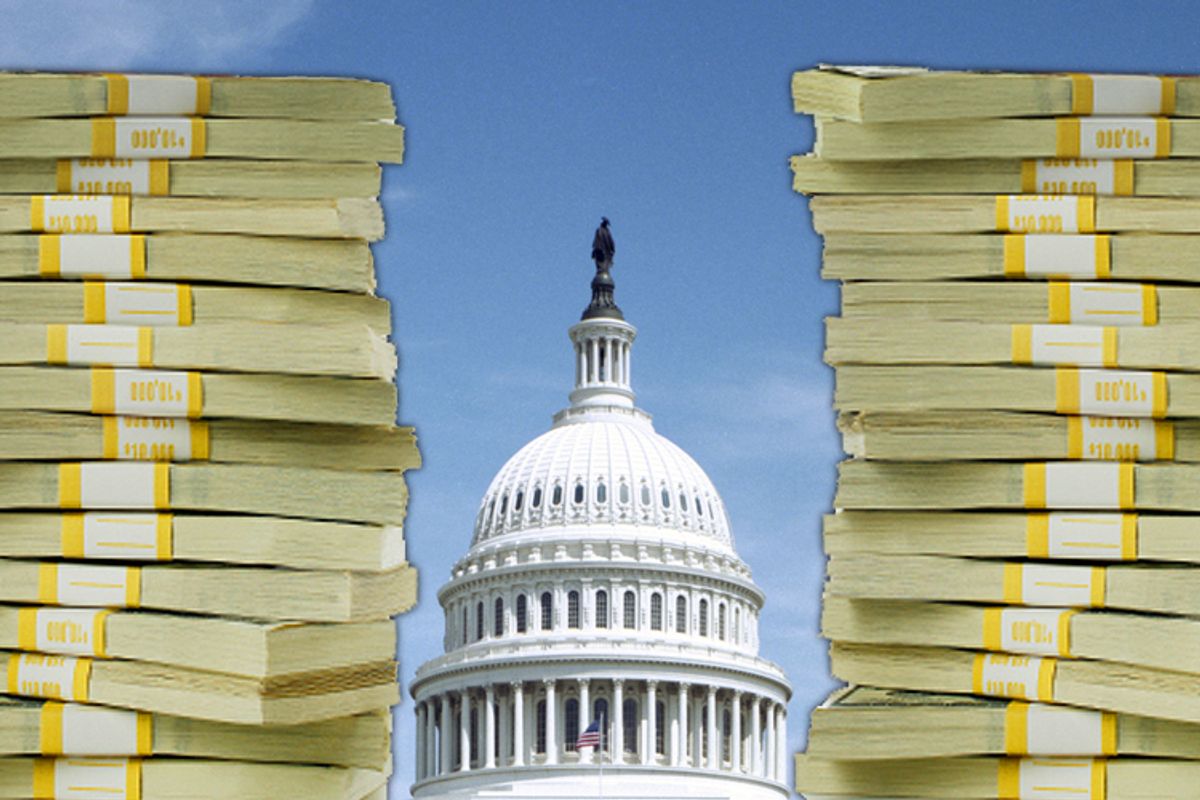 Are you just now recovering from the migraine induced by months of partisan feuding over the 2011 federal budget? Looking forward to a lengthy reprieve before Congress tackles next year's budget? Sorry, but you're in for a rude awakening. (And you might want to reach for some aspirin.) Treasury Secretary Tim Geithner warned Congress last week that the United States -- currently liable for more than $14 trillion of debt -- will collide with the federal debt ceiling around May 16. Once the government hits the current limit of $14.3 trillion it will be legally prohibited from incurring any additional debt; problematic since the U.S. only takes in around 60 cents for each dollar it spends.

Congress has raised the debt ceiling 74 times since 1962. Ten of those increases occurred in the past decade. It's a routine vote. However, the political calculus has shifted in the newly anointed "age of austerity." House Speaker John Boehner acknowledged that a failure to raise the ceiling could have calamitous implications. However, congressional Republicans appear unlikely to authorize an increase in the debt limit without significant Democratic concessions, setting up yet another high-noon scenario on Capitol Hill.

This poses the question: What would happen if the U.S. hit the debt ceiling?

In the immediate aftermath of such an event, the Treasury Department can impose "extraordinary actions" to help pay the bills. Those measures include, "suspending investments in a savings plan for federal workers and pulling Treasury securities out of a trust fund for two federal retirement plans. In such cases, the Treasury must make the funds whole again once the ceiling is raised." However, such stopgap measures would prove ineffective before long, and the government would have to either authorize an increase in the debt limit or cut $738 billion in federal spending in the span of six months, with severe consequences for the economy. Notwithstanding such a massive curtailing of government spending, the U.S. would default on some of its debt obligations. And the implications are frightening:

For one, the government would grind to a halt -- cutting off military salaries and retirement benefits, along with Social Security and Medicare payments. Worse still, default would also plunge the U.S. back into recession. Interest rates and borrowing costs would surge, while the dollar would plummet. In a worst case scenario, the markets would go into a death spiral as investors distanced themselves from the U.S

At the very least, defaulting would call into question the true value of U.S. Treasury bonds -- heretofore the gold standard of the bond market. Additionally, such an event would damage the country's credit rating, and significantly hamper its ability to generate revenue necessary to keep government running. A default on government debt obligations could conspire to undermine the United States' preeminent position in the global economy. Needless to say, all of this would swiftly end the recovery, as Federal Reserve head Ben Bernanke pointed out.

As for the political repercussions, Nate Silver at the New York Times' FiveThirtyEight blog argues that the failure to raise the debt ceiling would equate to nothing less than political ruin for virtually every elected federal official.

This as close as you can get in American politics to mutually assured destruction. No matter how Machiavellian your outlook, it's very hard to make the case that any politician with a significant amount of power would become more powerful in the event of a debt default.

That in mind, it seems unlikely that the ceiling won't be raised. It's just a matter of when, and how, we get there.