GOP elites: We hate our candidates! 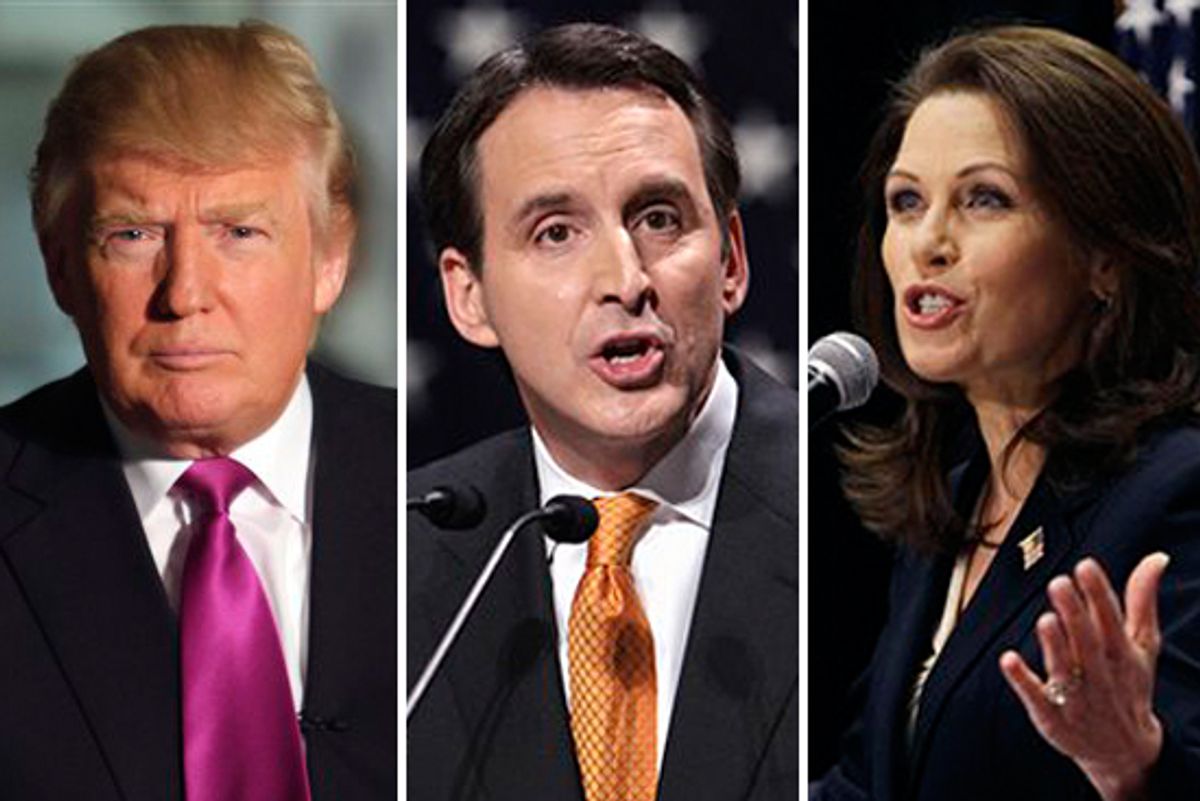 Politico has a shocker: No one in the Republican Party particularly likes any of their candidates for president. Sure, there's plenty of time between now and 2012, but no one exciting is even testing the waters. Where is Ronald Reagan? Oh, right, he is dead.

Washington insiders are not thrilled with this gang:

Another, more subtle indicator of the congressional GOP’s heartburn over the looming presidential campaign can be detected in the quips about some of the prospective candidates who are soaking up media attention.

"Well, I thought everybody had rallied around [Rep.] Michele Bachmann -- that was my sense," deadpanned [Rep. David] Dreier when asked about where his fellow House Republicans stand on the presidential race.

Ha. Zing? That's going to make for an awkward chat in the cloakroom.

These establishment Republicans would like, say, David Petraeus to run. Unfortunately, he keeps saying he won't. But the guy fights wars and wears a uniform, which makes him automatically super-qualified to be president in the imaginations of various doughy old Republicans, much like Colin Powell was, long ago.

If the general won't run (and he won't) these gentlemen would also settle for Chris Christie, the YouTube viral video star, or maybe Jeb Bush, who is a Bush. Or Mitch Daniels!

Not mentioned by these insiders: Christie is just as gimmicky and grating as Trump. Jeb Bush isn't going to waste his run on a fight against an incumbent. And Mitch Daniels is, secretly, no more exciting than Tim Pawlenty.

Mitt Romney is as good as it's going to get for the GOP this cycle, and the sooner they get over themselves and embrace him the better off they'll be. Or keep complaining, I'm fine either way.