Appealing to his past business experience, the former governor has given another sign he will run in 2012 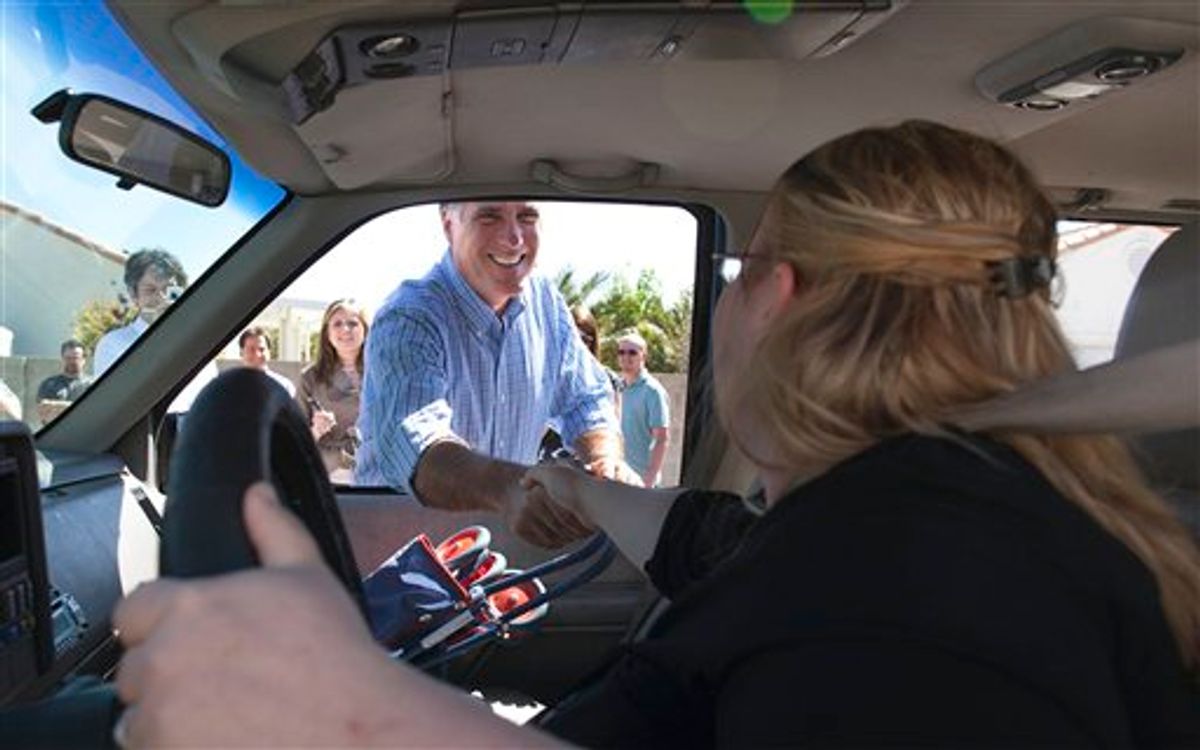 Mitt Romney, left, speaks with Jennifer Fung while touring a neighborhood hit hard by foreclosures, Friday, April 1, 2011, in Las Vegas. Fung and her family have been struggling with unemployment. Romney's 2008 presidential campaign sprint for victories in Iowa and New Hampshire failed. This time his strategy is more of a multi-state marathon, with economically suffering Nevada an important round in what advisers predict could be a protracted fight to be the partys 2012 nominee. (AP Photo/Julie Jacobson) (AP)
--

Republican Mitt Romney on Monday took the first steps toward a second presidential bid, telling supporters in an economy-focused announcement that he had formed an exploratory committee to begin a White House run.

"It is time that we put America back on a course of greatness, with a growing economy, good jobs and fiscal discipline in Washington," the former Massachusetts governor said in a video posted on his website and on Facebook.

Romney, who came up short in his 2008 presidential bid, hammered President Barack Obama's stewardship of the economy and offered a preview of his expected campaign theme: Romney is a proven business executive while Obama remains unqualified to lead.

"Across the nation, over 20 million Americans still can't find a job or have given up looking," Romney said.

"How has this happened in the nation that leads the world in innovation and productivity? The answer is that President Obama's policies have failed. He and virtually all the people around him have never worked in the real economy. They just don't know how jobs are created in the private sector."

Romney, a businessman who ran Salt Lake City's Winter Olympics, has lined up donors, staff and advisers for his expected presidential bid. He has quietly built a by-the-books campaign organization that is stacked with experienced presidential operatives.

In his under-three-minute announcement video, recorded Monday at the University of New Hampshire, he underscored what is expected to be his overarching campaign theme.

"From my vantage point in business and in government, I have become convinced that America has been put on a dangerous course by Washington politicians, and it has become even worse during the last two years," Romney said. "But I am also convinced that with able leadership, America's best days are still ahead."