A decade ago, a writer sued J.K. Rowling for plagiarism. It didn't exactly work out as she planned 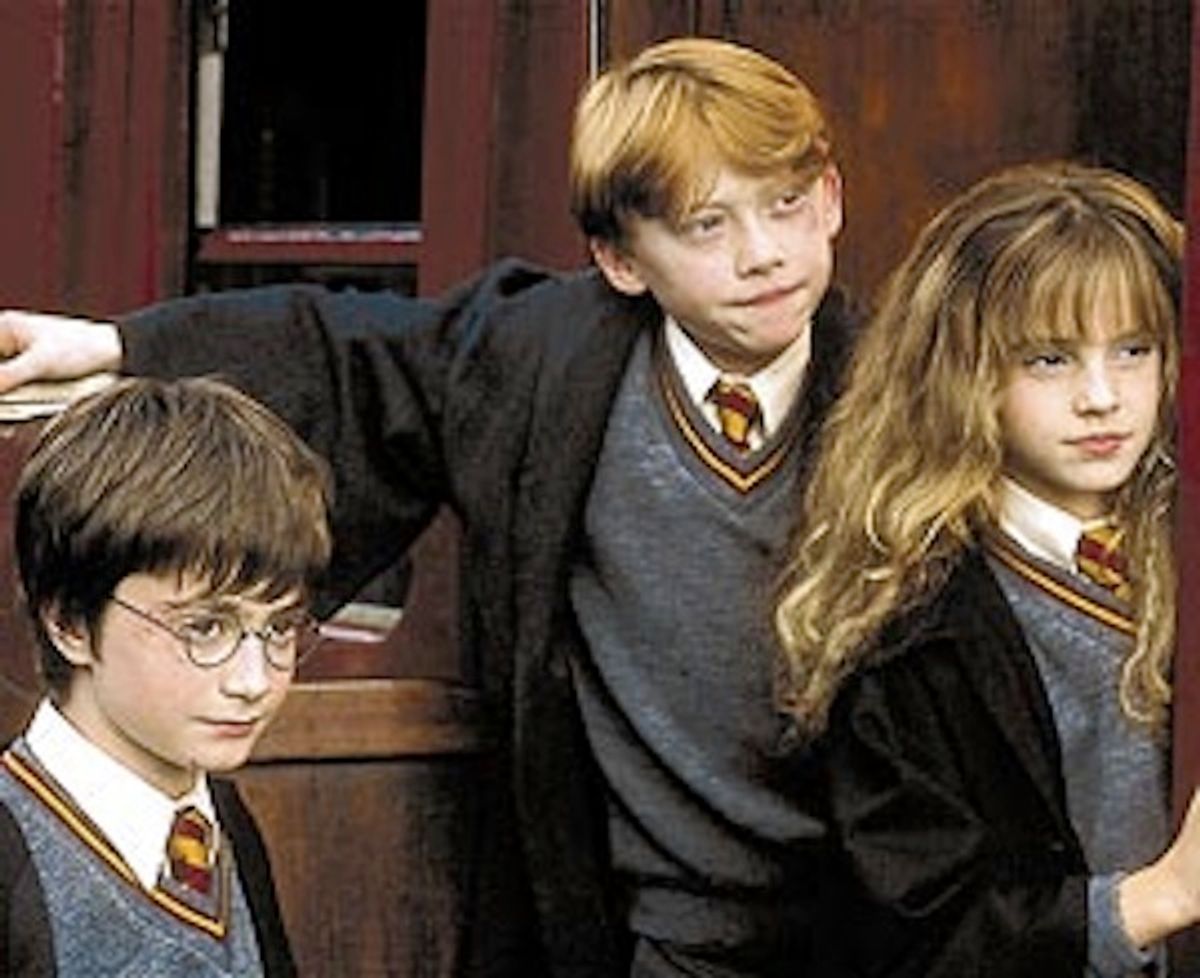 When they were tiny: "Harry Potter's" baby stars.
--

In November 2001, J.K. Rowling's popular wizard series took cinematic form in the highly anticipated "Harry Potter and the Sorcerer's Stone." How old does that make you feel, knowing that almost a decade later, they still haven't released the final half of the last H.P. book in theaters? A: very old.

But even before baby Daniel Radcliffe first appeared to American audiences with those tiny little glasses and that lightning-shaped scar, the world was very much aware of the magic of Harry Potter, thanks to the success of the books. The movie's upcoming release created a deafening buzz, and suddenly everyone was trying to get a piece of the multimillion-dollar enterprise. It became a kind of contest in greed between the studio, the book publisher and the fans themselves.

Case in point: In April 2001, a woman by the name of Nancy Stouffer had a whole New York Times article dedicated to her intellectual property suit against Rowling for the use of the word "Muggles," characters that Nancy claimed to have created in her '80s children's booklets "The Legend of Rah and the Muggles" and "Larry Potter and His Best Friend Lilly." On the surface it may appear that the similarities did indeed warrant a suit, but Stouffer turned out to be little more than an opportunist trying to make money off of J.K. Rowling's success. Not only had "muggle" been a term before both books, but Stouffer had gone back and retroactively changed some of the terms in her out-of-print books so they aligned more with Rowling's. A federal court eventually threw out Stouffer's complaint and her subsequent appeal, but you have to wonder if the she didn't actually come out ahead, with all the free publicity given to her unknown work because of the media's obsession with "Harry Potter" films.

Meanwhile, the movie was causing theater owners a headache seven months before its release: When the trailer for "Sorcerer's Stone" premiered with the release of "Josie and the Pussycats" and "Spy Kids" in April, "Potter" fans tried to scam the system by buying tickets to the films and demanding refunds after the previews. That fire had to be put out. Warner Bros. and Scholastic were making legal injunctions left and right, suing anyone trying to make money off of "Harry Potter" besides themselves. It was the studio that started to look like the bully when it began demanding the rights to "Harry Potter" domain names from young fans prior to the film's release.

You'd hope this would be one of those cases where time would prove to be the great healer, that a decade later "Harry Potter" would belong as much to its fans as it does to the studio and publishing house that made millions off the stories. But try telling that to anyone who just paid a couple of grand to take their children to Universal Studio's new Wizarding World of Harry Potter theme park. Which, by the way, is looking to expand after only a couple of months, thanks to the fans who have flocked to the gates, hoping to fork over their money for just a little more of the magic.