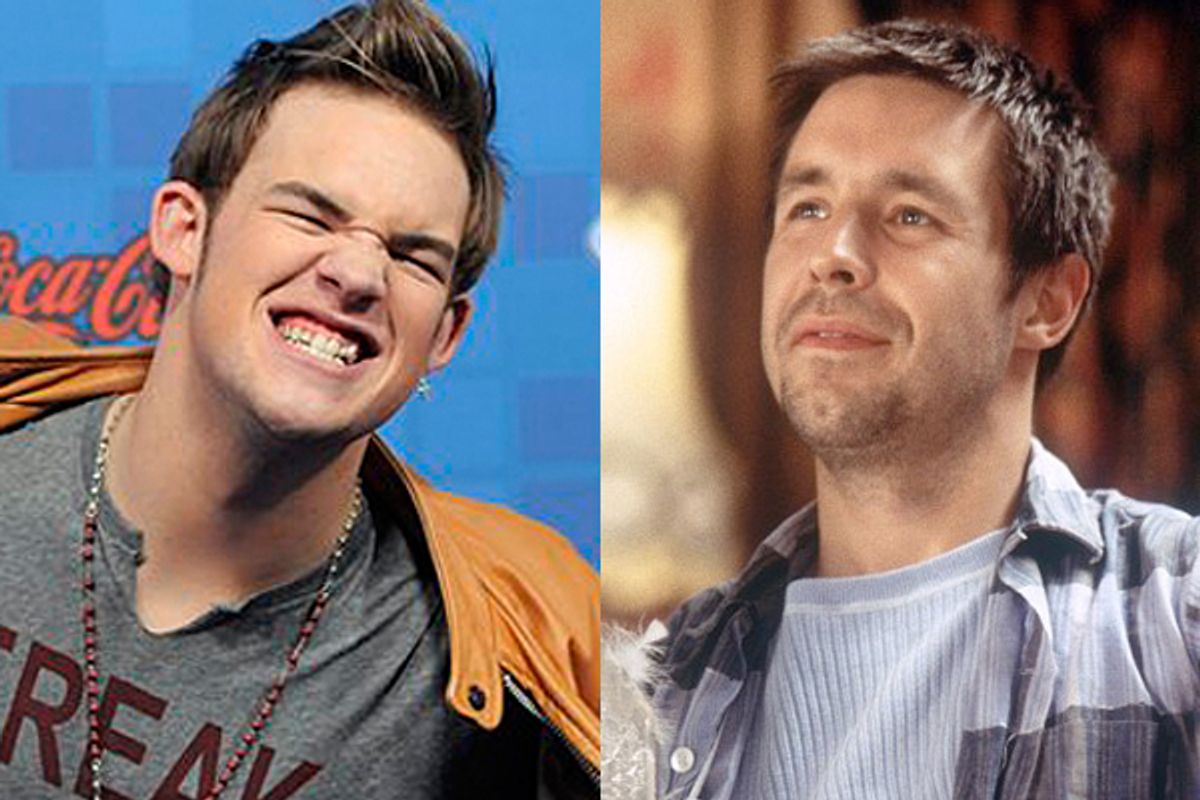 The entertainment industry gives a wide berth to stars who behave differently than most. Being unconventional or just a little off center has never stood in the way of stardom. But acting different is one thing. Being different has, traditionally, been a whole other kettle of fish. And nothing makes a person different in quite the way Asperger syndrome does. But in recent weeks, two very different high-profile performers have been out to prove that being on the autism spectrum doesn't have to keep a person from going far.

First, "American Idol" contender James Durbin, the one with the fauxhawk who isn't Paul, has been distinguishing himself this season not just for his shattering high notes but his groundbreaking role as "Idol's" first contestant with either Tourette's or Asperger's (Durbin has both). Then, this week, British actor Paddy Considine, best known in the States for "In America," "The Bourne Ultimatum" and the "Red Riding" miniseries, revealed in The Telegraph that he was diagnosed with Asperger syndrome last year at age 36, and spoke candidly of the "debilitating sense of detachment" his condition can bring. "Basic interaction with people -- the touch of strangers -- becomes a problem," he said. "My response is to retreat into myself."

In the past few years, thanks to the success of books like "Look Me in the Eye," the public understanding about people with Asperger's has increased dramatically, though the condition itself remains deeply enigmatic. We understand now that Asperger's exists among our colleagues, friends and families. But the notion of someone with a condition that affects socialization being able to pull off rock star charisma still seemed like a stretch, until very recently. Is it possible for a guy with talent and creativity -- but serious challenges when it comes to human interaction -- to make it big in show business? "With a script, I just can’t get past the words," says Considine. "They start to float in front of my eyes and I can’t pull them down or animate them. It can lead to me giving a very withdrawn performance."

Yet since getting diagnosed and working with an acting coach who's sensitive to his condition, Considine says he feels "more comfortable and confident and in control" -- a state James Durbin likewise seems to be able to access efficiently in his "Idol" performances. "When I sing, it just all goes away," he said during his "Idol" audition. "I don't have a care in the world."

Durbin, who has a girlfriend and a young son, admitted in an early "Idol" interview, "I have Tourette's and Asperger's, but Tourette's and Asperger's don't have me. It's not who I am." The risk that one faces when being open, especially about something as little understood and potentially alienating as Asperger's, remains. Considine says that after he found out about his condition, "Saying nothing was tempting," but, "then I thought, if I’d read about the equivalent of me when I was 17 or 18, it might have helped me identify what was wrong so much earlier."

And though Durbin and Considine are so much more than their spectra, they're also now, for the first time ever, stars with the potential to turn Asperger's into part of their appeal. On WrongPlanet.net, a Web community for autism and Asperger's, Durbin's "Idol" quest has gained wide support from other "aspies" who relate to his ability to "travel into a whole different world" when he performs -- and who can joke that they've supported him on "Idol" – "about 100 times over," as one member writes. "That's another thing he has in his favor," she said, "other people with Asperger's compulsively voting for him." But you don't have to be "aspie" to appreciate the power of either man's performances. With every song, every role, Durbin and Considine continue to prove that having Asperger's doesn't mean an artist can't connect mightily with an audience.