When the celebrity was put on the cover of the Hearst mag, she didn't know she'd be making the stands in Turkey 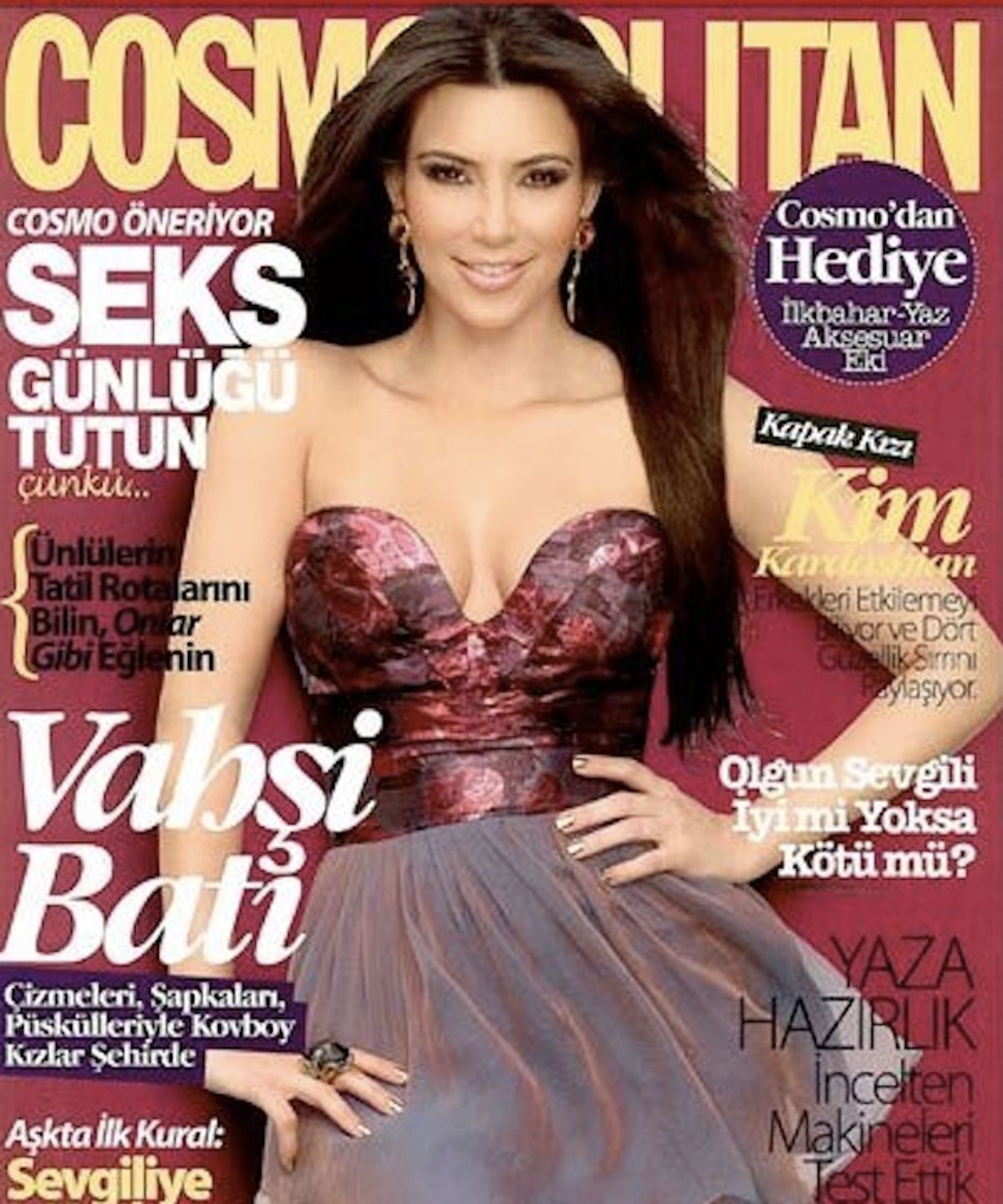 Kardashian: speaking out against Armenian genocide.
--

You know, it's really easy to make celebrities look dumb: get a good sound-bite, have them trip over themselves for the second week in a row during "Dancing with the Stars," reveal them to be Scientologists…it really just takes one misplaced statement and suddenly the press is labeling you the new Paris (or Perez) Hilton.

For the Kardashian sisters though, those girls work hard on maintaining their image of vapidity in a bubble of ignorance. After all, that's why people watch shows like "Keeping Up with the Kardashians," "Kourtney and Khloe Take Miami," " Kourtney and Kim Take New York," and whatever the hell else that family has going on. They are literally famous for having everyone in America look at them and go "Why are these people famous?" which might be some postmodern genius tactic, but I'm not willing to give the girls that much credit yet.

On the other hand, when I found out today that Armenian-American Kim Kardashian was protesting her own Cosmo cover shoot because the issue is being displayed in Turkey (and will be on stands April 24, the day Armenians commemorate the genocide committed by Turkish soldiers during WWI), I had to concede that the model actually had a righteous reason for her outrage, instead of, say, another Photoshop meltdown.

Somehow, the knowledge that Kim wouldn't be pleased with this news escaped Hearst publishers, or perhaps they just didn't think that someone like Kim would step out from behind her own vanity mirror for long enough to realize the mistake. (Kim's camp claims they never signed off on the cover running in the country.) Unfortunately, Armenian heritage – and particularly the genocide – has been one of Kim's pet causes. Two years ago, Kim wrote on her blog:

I feel that the Armenian Genocide is somewhat of a taboo subject, and people are uncomfortable talking about it. Well out of respect for all those innocent people that died, I’m putting a spotlight on it today. Today only 21 countries have recognized the killings as a genocide. I wasn’t there, and I know sometimes history books aren’t necessarily 100% correct, but regardless of the term used to label what happened, over a million people died, and that deserves some recognition on this day.

You know it's a bad situation when Kim Kardashian is coming off like the sensitive, worldly woman in the room.