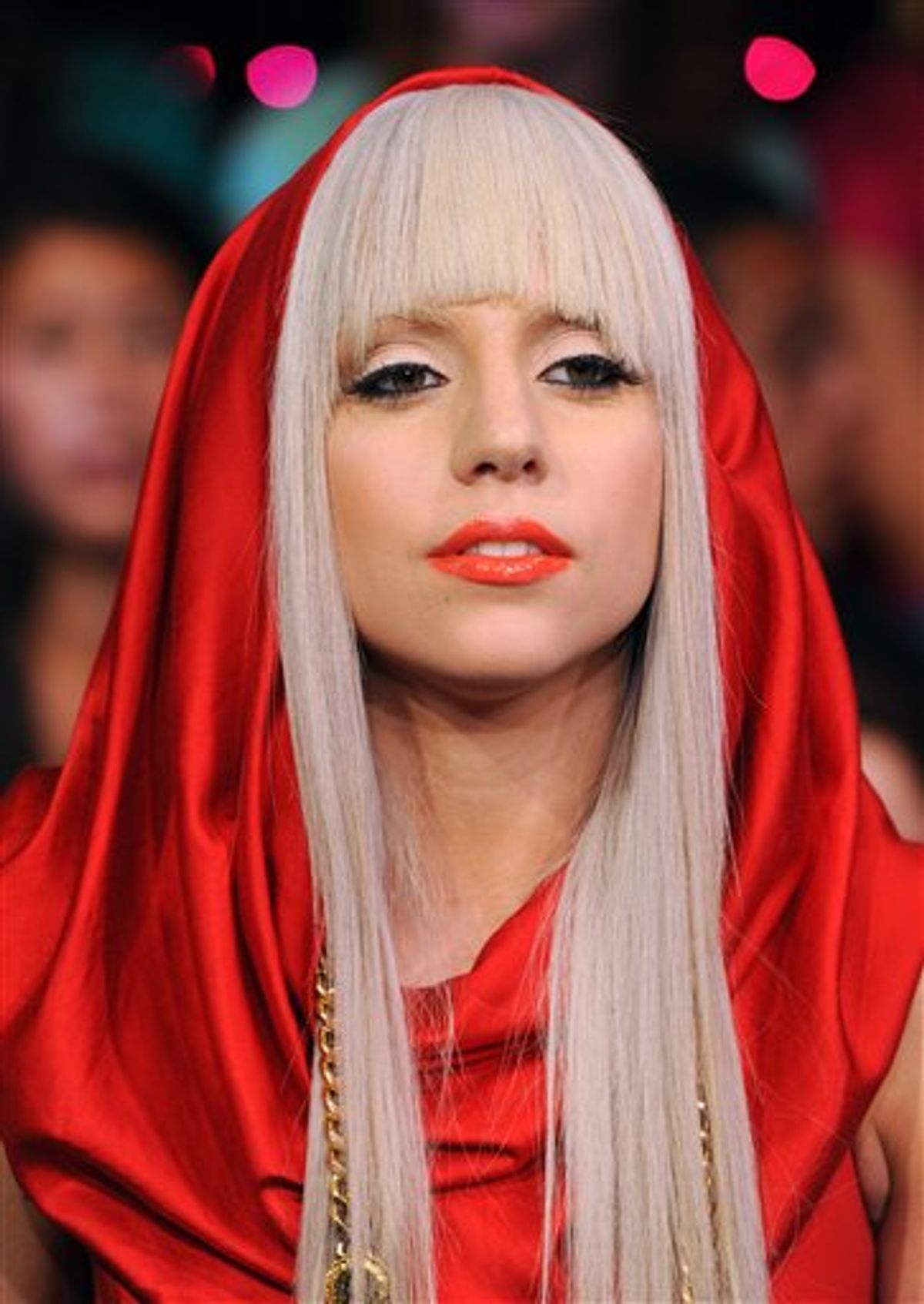 The video for Lady Gaga's "Judas" hasn't even been released yet, but as we enter one of the holiest seasons of the year for both Christians and Jews, it's already drumming up anticipatory outrage. Sure, pop music -- and the music video form -- have forever been devoted to the authority-flouting themes of sex and partying (in both cases, the harder, the better), but when religion cracks the top 40, there's almost always cause for some major feather ruffling. And the promise of Gaga as Mary Magdalene and actor Norman Reedus as biblical villain Judas Iscariot doesn't exactly scream "Greatest Story Ever Told."

Catholic League head blusterer Bill Donohue, who has also been busy this week taking out a full-page ad in the New York Times blaming the gays for sex abuse, has handily preemptively condemned the clip, saying, "This is a stunt ... Lady Gaga tries to continue to shock Catholics and Christians in general. She is trying to rip off Christian idolatry to shore up her talentless, mundane and boring performances."

While it's true that if you are a pop star and your name isn't Creed, you're probably not presenting religion with a big thumbs up. It's also fair to say that there's a difference between a dance track and flat-out blasphemy. Gaga's creative director Laurieann Gibson told the Hollywood Reporter Monday that her experience working on the "Judas" video "was amazing because to have that conversation about salvation, peace and the search for the truth in a room of non-believers and believers, to me, that was saying God is active in a big way ... I do believe God inspired and worked on everyone's heart."

When an artist questions religion, or uses its imagery as entertainment, it's a very fine line between making a statement and going for easy, headline grabbing attention. Gaga already pushed the envelope last year with  her nuns and rosary-riddled "Alejandro." Was she thoughtfully exploring Catholic iconography, or just poaching its eye-catching symbolism? The likely answer is both.

Religion is a deeply personal matter, which means that artists need to have the freedom to express their views and interpretations of it, and that audiences have the right to feel those interpretations may be inaccurate, hurtful or exploitative. It's interesting that no matter how desensitized we may get to the glut of profanity and booty shaking at the top of the charts, the wave of a cross can still have the power to shock -- and not just prissy religious conservatives. And though Gaga's certainly the current reigning queen of button pushing, she's far from the first.

Burning crosses! Gospel choirs! Making out with saints -- black saints at that! Madonna's 1989 clip spooked Pepsi right out of an ad campaign with the singer, and remains the gold standard for "MTV hit with the greatest religious freakout factor" ever.

The legendary English band's quietly haunting song and video from 1986's "Skylarking" is one of the most poignant, powerful odes to atheism ever to almost crack the Billboard Hot 100.

Joan Osborne, "One of Us"

Back in 1996, the singer had the audacity to wonder what it would be like if God were just a "slob like one of us." Surprise! Some Christian leaders took issue. It became a top 10 hit nonetheless, and Osborne followed up with another religion themed single: the Catholicism-tinged "St. Teresa."