The former Mass. governor probably doesn't have to seriously worry about, say, Donald Trump, but this shows 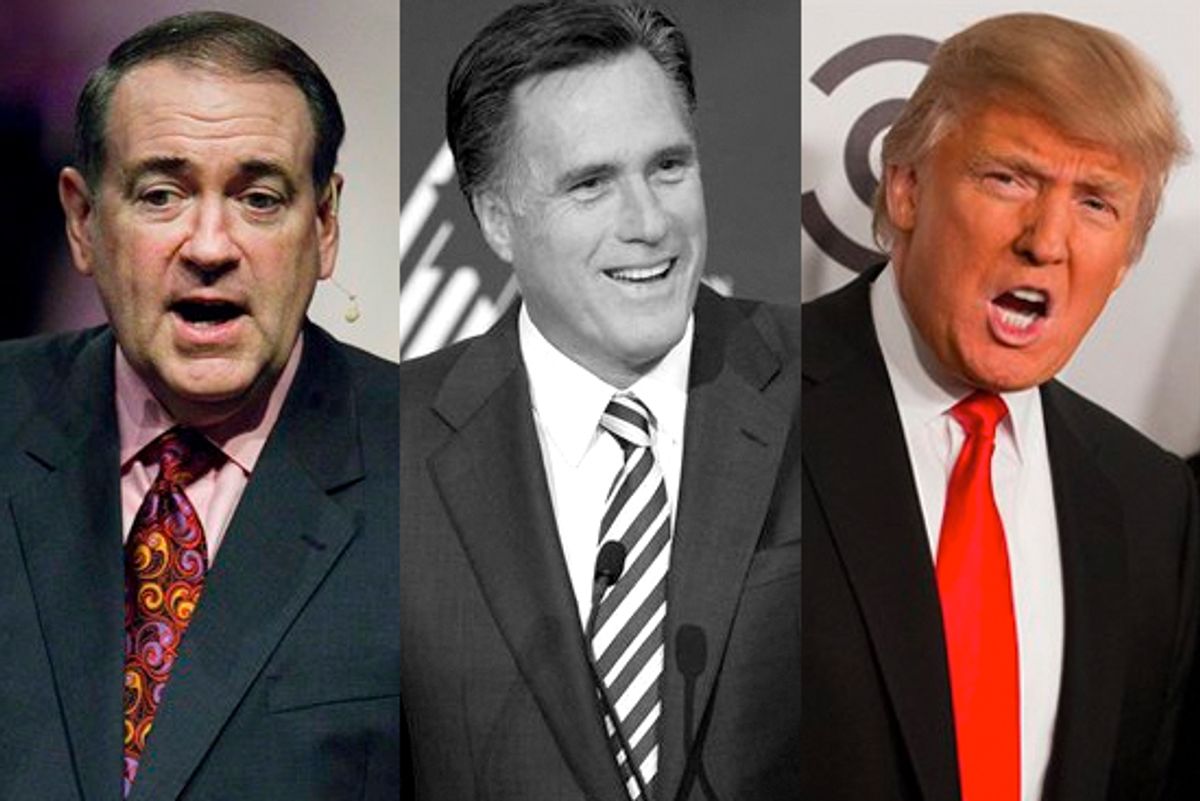 A new CNN poll is awful for supposed 2012 front-runner Mitt Romney. He's gone from a narrow lead over all of his rivals for the Republican nomination to an embarrassing tie for fourth place. He's dropped 6 points in a year. It's glaringly obvious that Republicans just don't like the guy that much.

But look at who's ahead of him:

Mike Huckabee would have a serious shot at winning the GOP nomination if he actually ran. If! There is not very much evidence, though, that he wants to. He might've met with some donors, in order to gauge how much support he'd get from the major finance people if he ran (and if history is any indication, the answer is "not much"), but on the whole there is very little to indicate a presidential campaign organizing itself around him.

Trump is a clown who won't ever file with the FEC. Palin is almost certainly not running. And Gingrich will probably drop out before Iowa.

So Romney is beating every "serious" candidate and tied with one who could be considered semi-serious.

Trump's sudden support does demonstrate how shallow Romney's support always has been, but shallow support is more than Mitch Daniels or Ron Paul can count on from GOP primary voters. On the other hand, if someone as well-liked as Huckabee or at least as famous as Palin/Trump dropped into the race, Mitt's lead would, as we can see, evaporate.