Amid calls for a federal investigation, accusations of "negligence" fly. But still, no smoking gun 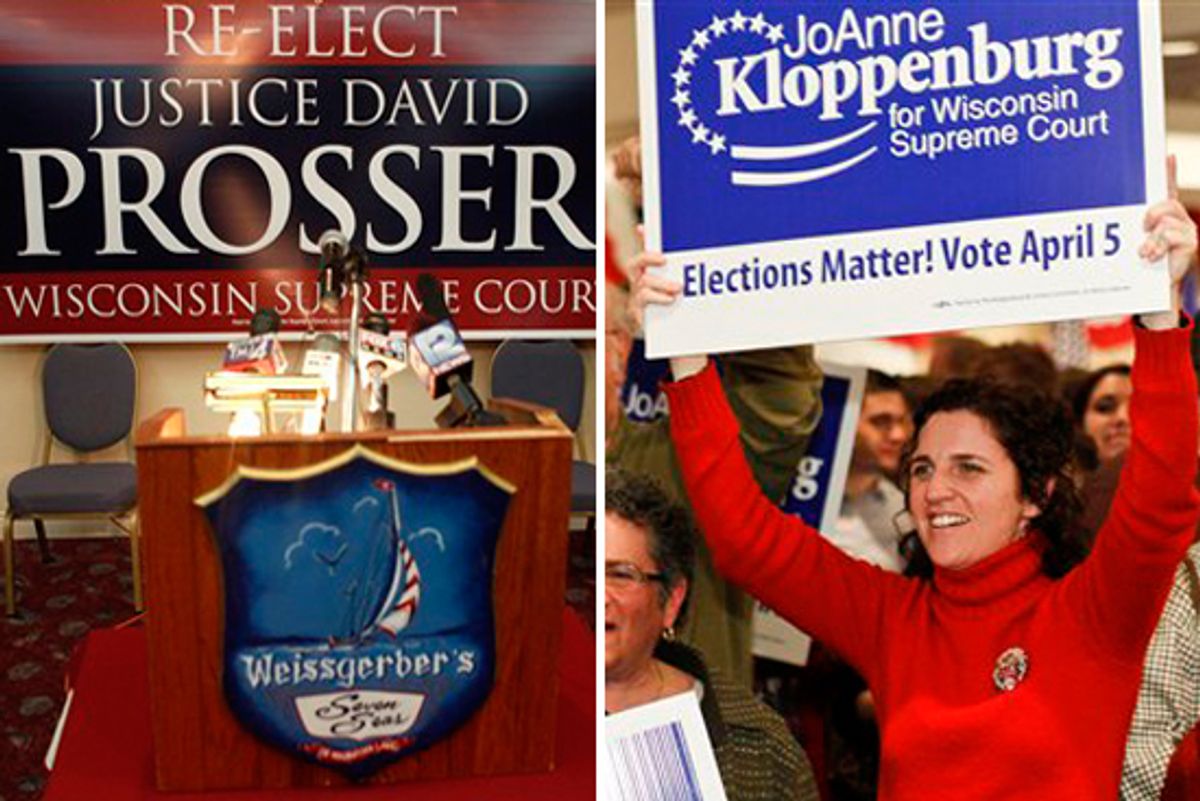 Is the plot thickening in Wisconsin? Over the weekend, Rep. Tammy Baldwin, D-Wis., sent a letter to U.S. Attorney General Eric Holder requesting a federal investigation into the voting irregularities in last week's state Supreme Court election -- namely, the election-transforming "discovery" of 14,000 missing votes by Waukesha County Clerk Kathy Nickolaus that swung the race to the conservative incumbent, David Prosser.

Nickolaus, a former aid to Prosser when he was the speaker of the House Assembly in Wisconsin, has a checkered career in state election politics (expertly summarized by Bloomberg columnist Margaret Carlson here). On Monday Kevin Kennedy, the executive director of the Government Accountability Board, Wisconsin's top election official, characterized Nickolaus' fumbling as "apparent negligence" that "shook the confidence of voters and candidates in the integrity of our election system."

And then there's this: 80-year-old Ramona Kitzinger, the Democratic member of the Waukesha County Board of Canvassers, has somewhat recanted her original statement, given at the dramatic press conference at which County Clerk Kathy Nickolaus announced her astonishing screw-up, that "all the numbers jibed up, and we're satisfied they're correct."

From the Milwaukee Journal-Sentinel:

"I am still very, very confused about why the canvass was finalized before I was informed of the Brookfield error, and it wasn't even until the news conference was happening that I learned it was this enormous mistake that could swing the whole election. I was never shown anything that would verify Kathy's statement about the missing vote, and with how events unfolded and people citing me as an authority on this now, I feel I must speak up."

But despite the strong sense of aggrievement that many Wisconsin supporters of the liberal candidate for Supreme Court justice feel at the shocking turnabout in the election last week, a close look at all these developments reveals more smoke than fire. There's still no evidence that the voters of Waukesha County did not overwhelmingly tilt toward Prosser. The country clerk for the city of Brookfield, where the 14,000 votes at issue came from, attests to the totals she sent to Nickolaus, a point backed up by Kennedy. Negligence isn't the same thing as fraud, not by a long shot, and we seem to be a long way from any proof that votes were fabricated out of thin air.