Jury hung on three other charges against home run king 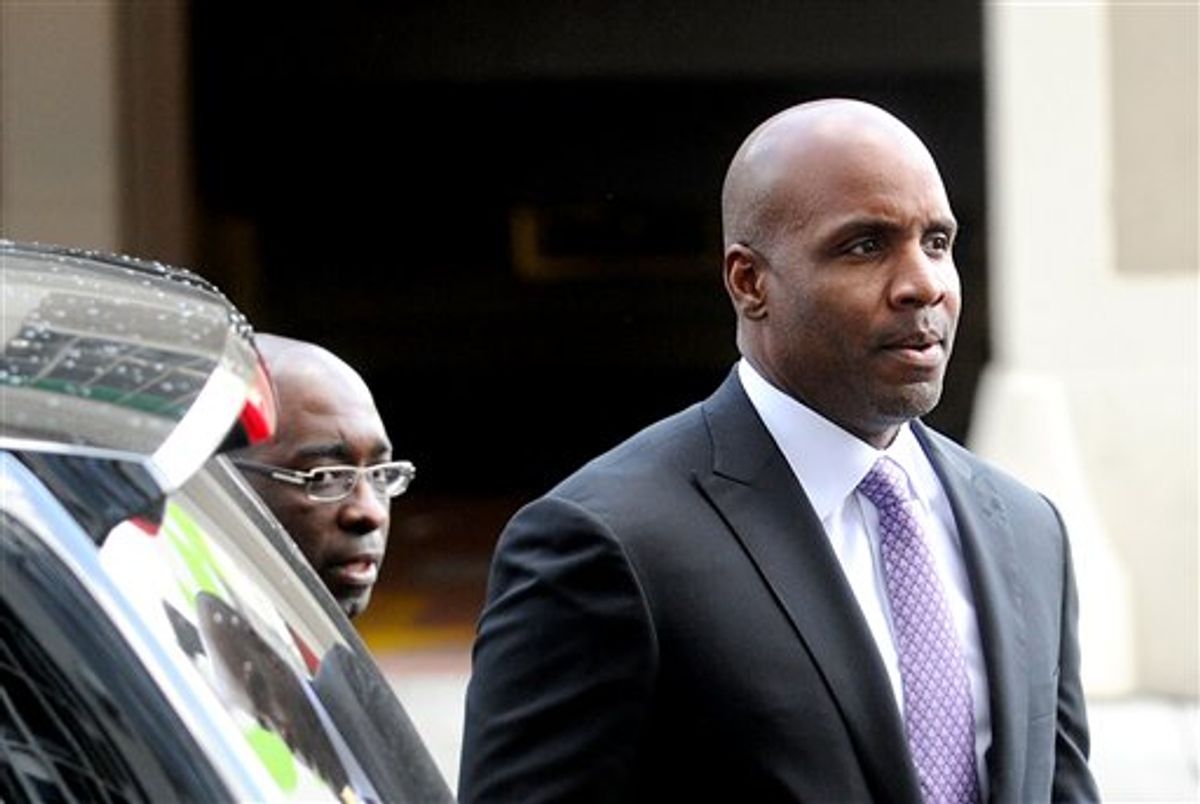 Barry Bonds was found guilty of obstruction of justice but a jury failed to reach a verdict on three other counts that the home run king lied to a grand jury in 2003 when he specifically denied that he knowingly used steroids and human growth hormone.

Following a 12-day trial and almost four full days of deliberation, a jury could not reach a unanimous vote on three of four counts, a messy end to a case that put the slugger in the spotlight for more than three years.

Bonds sat stone-faced through the verdict, displaying no emotion.

The case also represented the culmination of the federal investigation into the Bay Area Laboratory Co-Operative steroids ring. Federal prosecutors and the Justice Department will have to decide whether to retry Bonds on the unresolved counts.