How a Disney star's eating disorder can help girls 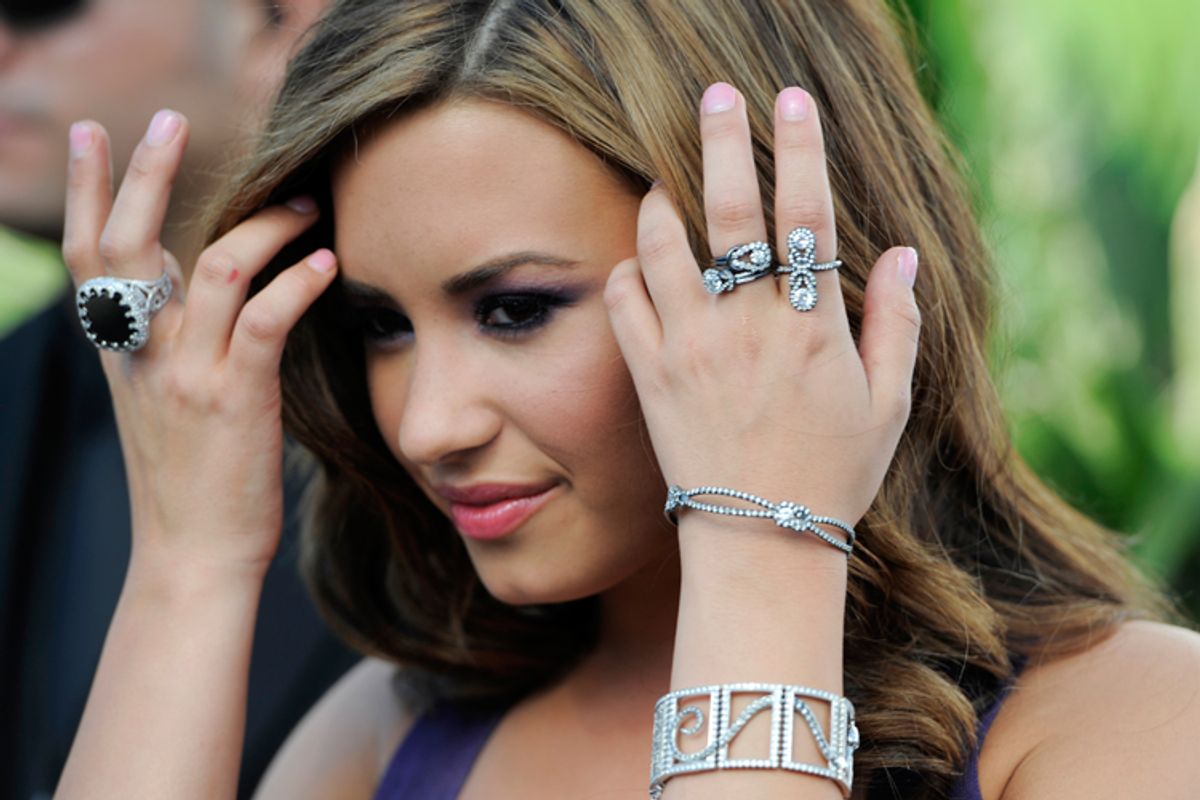 Demi Lovato says she has "a lifelong disease," but it's not the kind a person can medicate or hope to cure -- it's her eating disorder. In an interview for the new Seventeen, the Disney star of "Camp Rock" and "Sonny With a Chance" opens up about the circumstances that led her to drop out of a Jonas Brothers tour last year and check into rehab for her "emotional and physical issues." And five months later, the 18-year-old has a surprisingly clear-eyed vision of what now lies ahead: the rest of her life.

Lovato, who has spoken out in the past about school bullying and about being called "the fat Disney girl" by her critics, has dealt for years with rumors about cutting herself and eating problems. Though her very public three-month stint in a treatment facility would make pretending that she's just another super-successful, untroubled teen impossible now, it's an encouraging gesture to her fans for her to speak openly about the real -- and enduring -- effects of eating disorders.

In a sneak peek of the interview in Radar,  Lovato admits, "I don’t think there’s going to be a day when I don’t think about food or my body." That's the hard reality of life, post-eating disorders, and what distinguishes them from other forms of addiction and abuse. An alcoholic who does the work can choose not to drink again. But a recovering anorexic or bulimic still has to figure out, at least three times a day, how to eat. And he or she has to do it within a culture that itself is profoundly disordered -- one in which obesity rates are soaring, little girls can buy padded bikinis, and even supermodels are Photoshopped to look impossibly, riblessly skinny.  No wonder an astonishing 80 percent of teen girls say they feel pressure to be thin.

Does that mean that Lovato, who is still barely old enough to vote, is now condemned to live out the rest of her years grimly doing mind games on every fry that passes her lips? It doesn't have to be that dire. The truth is that everybody who can pick up a fork has to make daily choices. And given research that suggests 19 percent of our meals in America are consumed in cars, and that a quarter of Americans eat fast food for dinner at least once a week, maybe a little thoughtfulness all around isn't a bad idea.

Choices get convoluted when they become tied up with issues of body image and self-esteem -- and if that's a sensation familiar to just about anyone who's ever loosened a belt, imagine how it feels for an adolescent living in the glare of the Disney spotlight. But because she's identified what she calls her "dark period" at a young age, Lovato may be able to not just move on to a healthy future, but offer inspiration to those legions of girls who are dying to look like Miley and Selena. Her future as an actress and singer now aren't assured. But her potential as a role model and advocate are already clear.

"I wish I could tell young girls to find their safe place and stay with it," she says. And though it sounds incredibly easy for her to say, God knows generations of girls have gone in and out of clinics and up and down the scale while avoiding Lovato's one simple message: "Just making yourself happy is most important." And whether you're a Disney princess or not, that's a lifelong challenge as well.