What's with all the drunk toddlers? 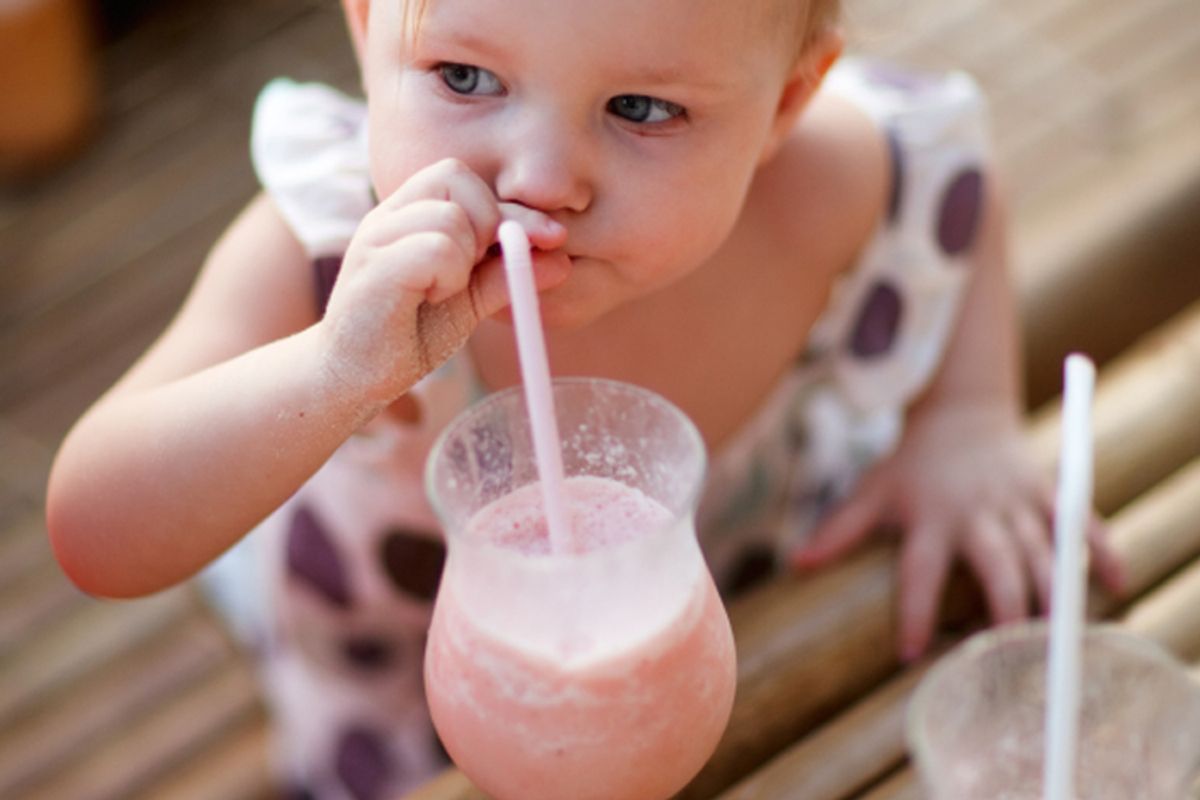 Of the numerous compelling reasons not to squander your time and calories at Applebee's and Olive Garden (two words: boneless wings), this is a new one: Apparently they're getting your kids drunk. The shocking story, right after "Bones"!

On Monday, news broke that a Detroit area Applebee's accidentally served 15-month-old D.J. Dill-Reese, instead of apple juice, a potent cocktail of alcohol from a mislabeled bottle at the bar. Soon, his mother, Taylor, says, "He was a little out there. He was saying 'hi' and 'bye' to the walls, and he eventually laid his head down on the table." Credit goes to D.J.'s mother for catching on to something unusual going on in what surely sounds to many parents like just a typical night out with a toddler. She brought the child to the hospital, where, she says, he registered a whopping .1 blood alcohol level -- well above the legal limit. Applebee's can't even chalk up the mixup to a sip-sneaking adult -- D.J.'s mother is just 18. The restaurant has apologized for the incident and says "it's working with local authorities and conducting our own investigation to assess exactly what happened."

But just when you thought it was safe to venture into an establishment with laminated menus, Olive Garden copped on Wednesday to saucing up a 2½-year-old Lakeland, Fla., boy with sangria instead of orange juice. "He was visibly drunk," the boy's mother, Jan Van Heest, told local reporters. "His eyes were dilated, they were red. He was getting loud." The boy was taken to the emergency room and given an IV; his mother has now contacted an attorney.

The image of cherubic tots getting loaded at places famed for fare that ranges from bloomin' to sizzlin' to gut-bustin' makes for easy, sensational news stories. The idea of something that's supposed to be just for adults swimming around in the bloodstream of someone very young is just so odd, so wrong, it's the stuff of strange fascination. It taps into our dark parental fears of something bad happening to our babies right under our boneless wings-eating noses.

But the truth is that intoxicating toddlers is rarely all in a night's work at your local TGI Fridays or Red Lobster. The last time Applebee's got in hot water for accidentally serving alcohol to a child was back in 2007 -- not a bad track record for a nationwide chain of about 2,000 restaurants.  When children turn up inebriated in the E.R., it's more likely the result of negligent parenting than a careless waitress.

And while there are plenty of good health reasons children aren't supposed to drink, the effects of a single mistaken incident, detected by the child's family and then slept off, can usually be short-term and not serious. The greater risk for children -- and their small bodies and developing immune systems -- isn't lurking in the Long Island iced tea at all. The CDC estimates an astonishing "76 million illnesses, 325,000 hospitalizations, and 5,000 deaths" each year from food-related causes.  Two years ago, 100 patrons were sickened with Shigellosis after eating at an upstate New York Applebee's. And last year Applebee's and Olive Garden were affected by a recall of 248,000 pounds of potentially E. coli-contaminated steak and beef products.

Cramps and vomiting don't make for must-see stories like drunken toddlers do. They don't carry the same potential for moral judgment that those alcohol-related headlines do. But dining out comes with a measure of risk. Staying in and taking your chances with the Manager's Special from the meat department does, too. That doesn't mean the restaurant industry doesn't have a serious obligation to provide a safe environment for its patrons, or to not screw up by putting margaritas in the Happy Hour Meals. Yet the threat of a nation of rampaging toddlers gone wild remains relatively slim. Go ahead and sniff your baby's sippy cup. But if you feel like fretting over what a stranger may be giving your child to consume, don't worry about what's coming from the bar. It's the kitchen that should concern you.