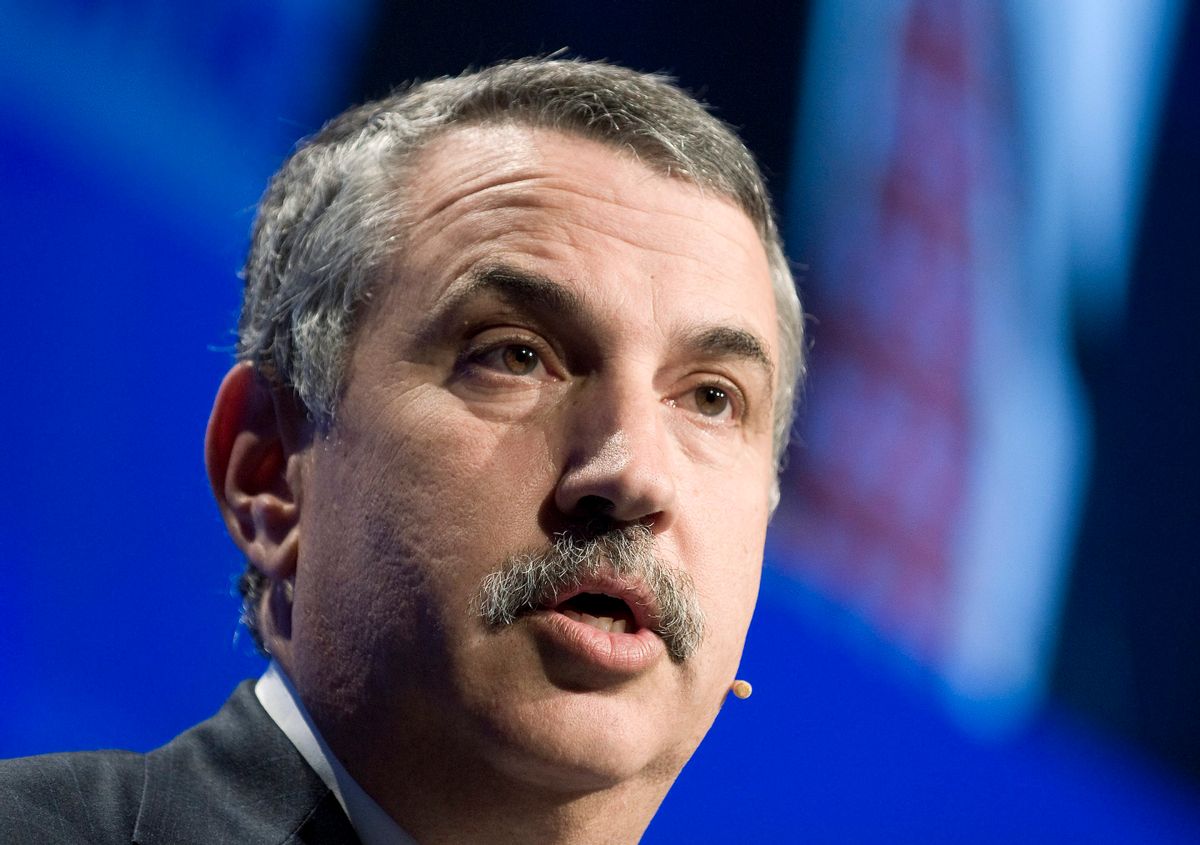 At some point, not long ago, someone told jet-setting New York Times columnist Thomas Friedman to stop quoting cab drivers in his columns, and he largely has. But sometimes, the urge to explain big, complicated events in faraway lands by going directly to a service industry employee-on-the-street who sounds suspiciously like a fictional character drawn up to introduce a columnist's argument is too great. And so we we get this, the first paragraph of today's Friedman column:

When I was in Cairo during the Egyptian uprising, I wanted to change hotels one day to be closer to the action and called the Marriott to see if it had any openings. The young-sounding Egyptian woman who spoke with me from the reservations department offered me a room and then asked: "Do you have a corporate rate?" I said, "I don’t know. I work for The New York Times." There was a silence on the phone for a few moments, and then she said: "Can I ask you something?" Sure. "Are we going to be O.K.? I’m worried."

What is your favorite part? The scared foreigner asking the wise millionaire American for his insight and reassurance? The fact that foreign correspondent Thomas Friedman's method of getting "closer to the action" in the midst of a revolution is by moving to a closer Marriott? (After first "reporting" on the uprising, we must never forget, from Davos, where he was when it began?) To me, the best bit is that Friedman, who practically lives in hotels when he's not at his hideous mansion, has no clue if he should ask for the corporate rate, I assume because he rarely has to deal with nitty-gritty monetary details like that, thanks to his literally infinite expense account.

All this paragraph is missing is a tortuously mixed metaphor.

Oh, also, Friedman never answers her question! He doesn't even go back to it at the end or anything.