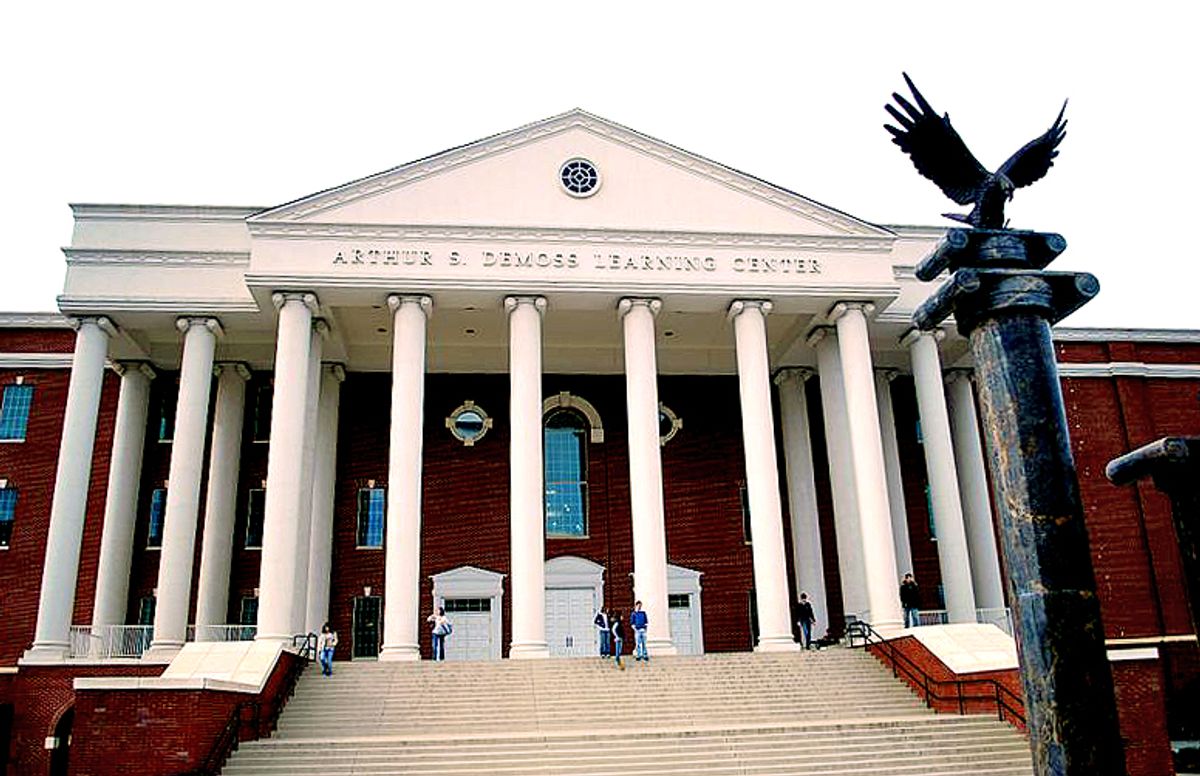 Liberty University officials at first claimed they were unashamed of receiving so much government cash, but apparently they later thought it embarrassing enough to attempt some clumsy censorship.

Not that Falwell admitted that that's why he blocked it!

“Most of the websites that are blocked have to do with obscene material, material that is inappropriate,” Falwell said. “It just so happened last week The News & Advance was blocked for a day or two. We’re a private organization and we don’t have to give a reason and we’re not.”

Liberty’s decision last week to block The News & Advance website, www.newsadvance.com, was not related to the newspaper’s content, Falwell added.

But Jim Romenesko says he learned that the financial aid story is what led to the blocking.

The dean of LU's law school seemed nonplussed by Falwell's actions: "I had no knowledge of it. I hadn’t heard about that and it would be surprising to me."