The GOP's budget-cutting front man attacks Obama for being too partisan. Let's review the record... 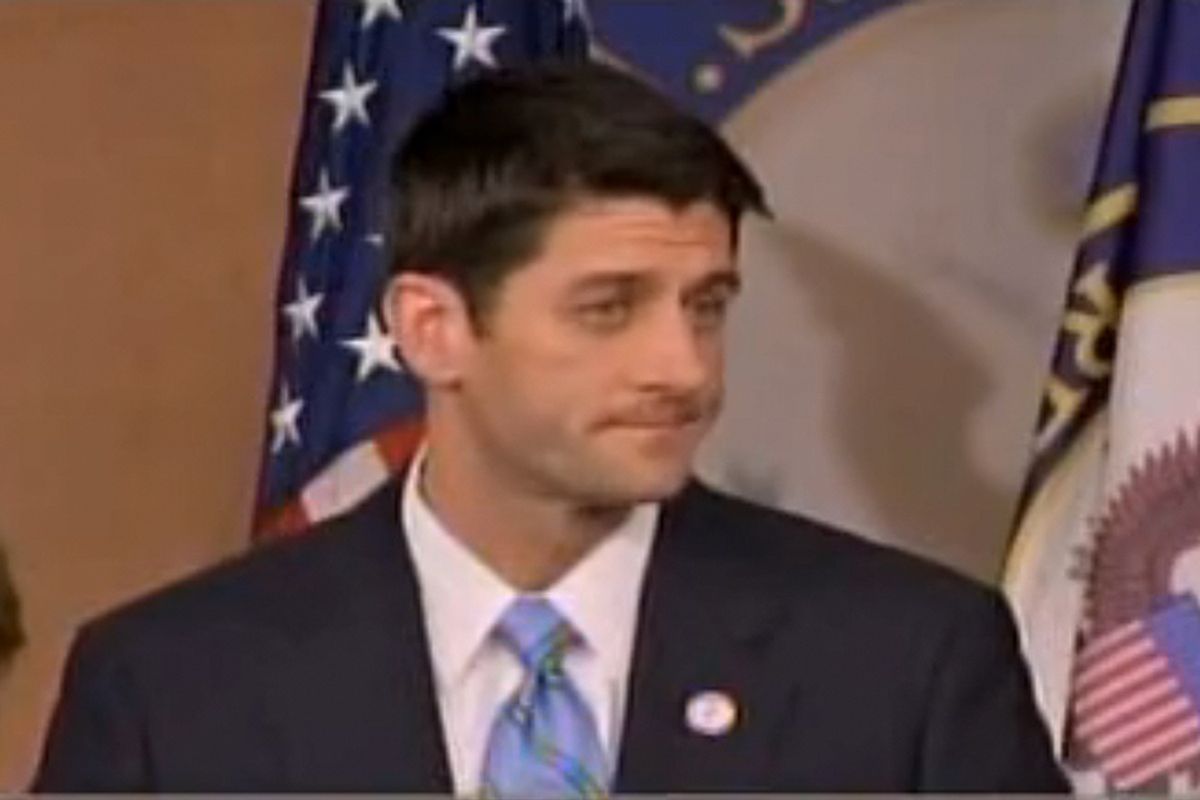 Paul Ryan is upset at Barack Obama. It's not hard to understand why -- the president slugged Ryan's budget with a punch as hard as any he's delivered to Republicans since getting elected. But who is Ryan trying to kid when he complains that the president wasn't "building bridges but poisoning wells," and that the speech was "excessively partisan, dramatically inaccurate and hopelessly inadequate to addressing our country's fiscal challenges"?

Excessively partisan? Compared to how Republicans have treated the president over the last two years, Obama's harshest rhetoric hardly registers on the partisan scale. And Paul Ryan has been mixing it up with the best of them:

And now he's miffed because Obama had the temerity to point out that Ryan's budget pays for tax cuts for the wealthiest Americans by forcing seniors to pay more for their healthcare. I always thought Ayn Rand fans were made of tougher stuff.