Medicare isn't the problem -- it's the solution

When Obama addresses the nation today, he will either move toward or hold firm against the Republican agenda 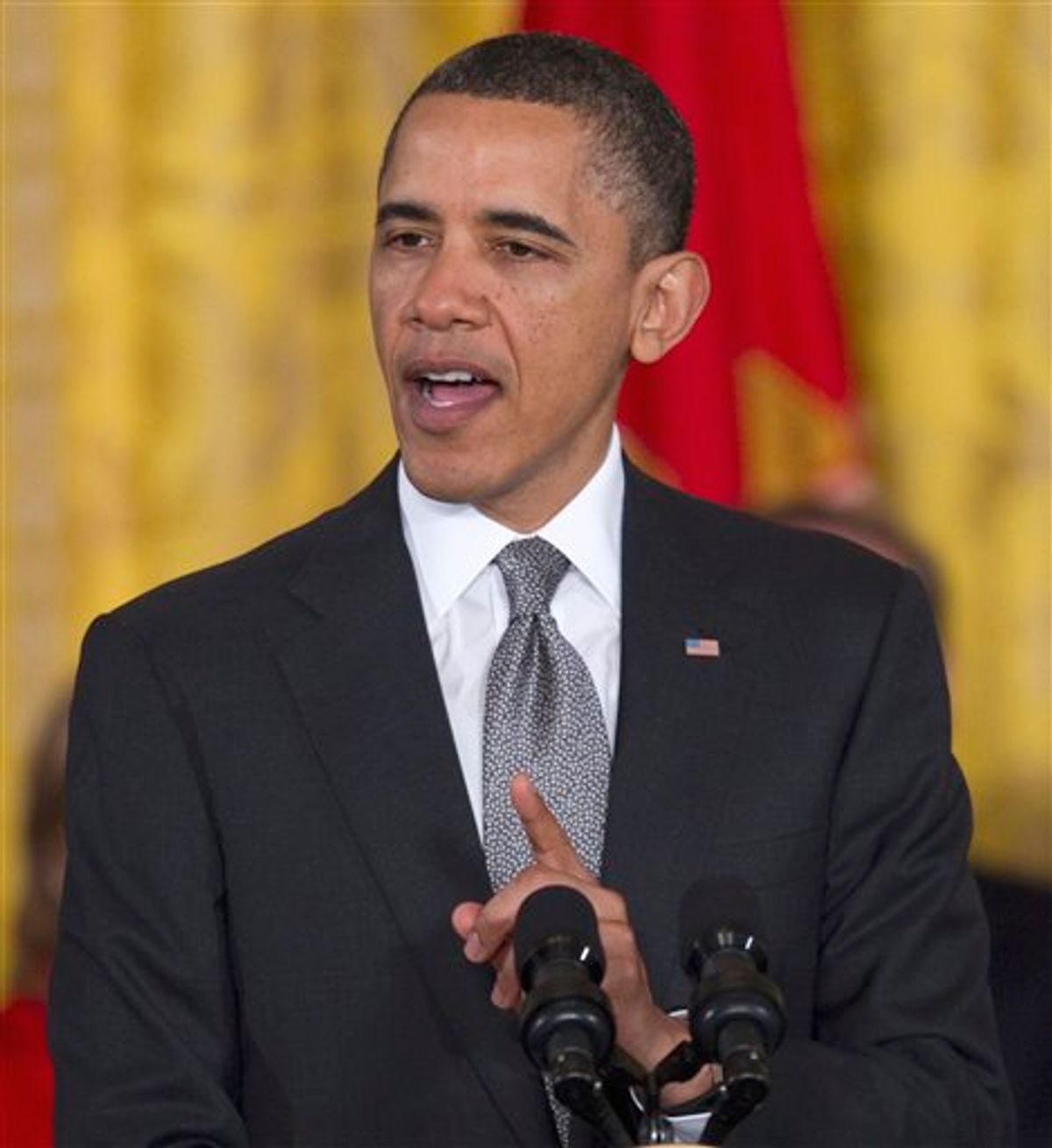 President Barack Obama speaks in the East Room of the White House on Tuesday, April 12, 2011, during an event to launch the national initiative to support and honor America's service members and their families. Retired Gen Stanley McChrystal, the former top US general in Afghanistan who was relieved of his duty last year , has been chosen to help lead the new initiative. (AP Photo/Evan Vucci) (AP)
--

I hope when he tells America how he aims to tame future budget deficits the President doesn't accept conventional Wasington wisdom that the biggest problem in the federal budget is Medicare (and its poor cousin Medicaid).

Medicare isn't the problem. It's the solution.

The real problem is the soaring costs of health care that lie beneath Medicare. They're costs all of us are bearing in the form of soaring premiums, co-payments, and deductibles.

Medical costs are soaring because our health-care system is totally screwed up. Doctors and hospitals have every incentive to spend on unnecessary tests, drugs, and procedures.

You have lower back pain? Almost 95% of such cases are best relieved through physical therapy. But doctors and hospitals routinely do expensive MRI's, and then refer patients to orthopedic surgeons who often do even more costly surgery. Why? There's not much money in physical therapy.

Your diabetes, asthma, or heart condition is acting up? If you go to the hospital, 20 percent of the time you're back there within a month. You wouldn't be nearly as likely to return if a nurse visited you at home to make sure you were taking your medications. This is common practice in other advanced countries. So why don't nurses do home visits to Americans with acute conditions? Hospitals aren't paid for it.

America spends $30 billion a year fixing medical errors -- the worst rate among advanced countries. Why? Among other reasons because we keep patient records on computers that can't share the data. Patient records are continuously re-written on pieces of paper, and then re-entered into different computers. That spells error.

Meanwhile, administrative costs eat up 15 to 30 percent of all healthcare spending in the United States. That's twice the rate of most other advanced nations. Where does this money go? Mainly into collecting money: Doctors collect from hospitals and insurers, hospitals collect from insurers, insurers collect from companies or from policy holders.

A major occupational category at most hospitals is "billing clerk." A third of nursing hours are devoted to documenting what's happened so insurers have proof.

Trying to slow the rise in Medicare costs doesn't deal with any of this. It will just limit the amounts seniors can spend, which means less care. As a practical matter it means more political battles, as seniors -- whose clout will grow as boomers are added to the ranks -- demand the limits be increased. (If you thought the demagoguery over "death panels" was bad, you ain't seen nothin' yet.)

Paul Ryan's plan -- to give seniors vouchers they can cash in with private for-profit insurers -- would be even worse. It would funnel money into the hands of for-profit insurers, whose administrative costs are far higher than Medicare.

In addition, allow Medicare -- and its poor cousin Medicaid -- to use their huge bargaining leverage to negotiate lower rates with hospitals, doctors, and pharmaceutical companies. This would help move health care from a fee-for-the-most-costly-service system into one designed to get the highest-quality outcomes most cheaply.

Estimates of how much would be saved by extending Medicare to cover the entire population range from $58 billion to $400 billion a year. More Americans would get quality health care, and the long-term budget crisis would be sharply reduced.

Let me say it again: Medicare isn't the problem. It's the solution.