Is there an opening big enough for Chris Christie? 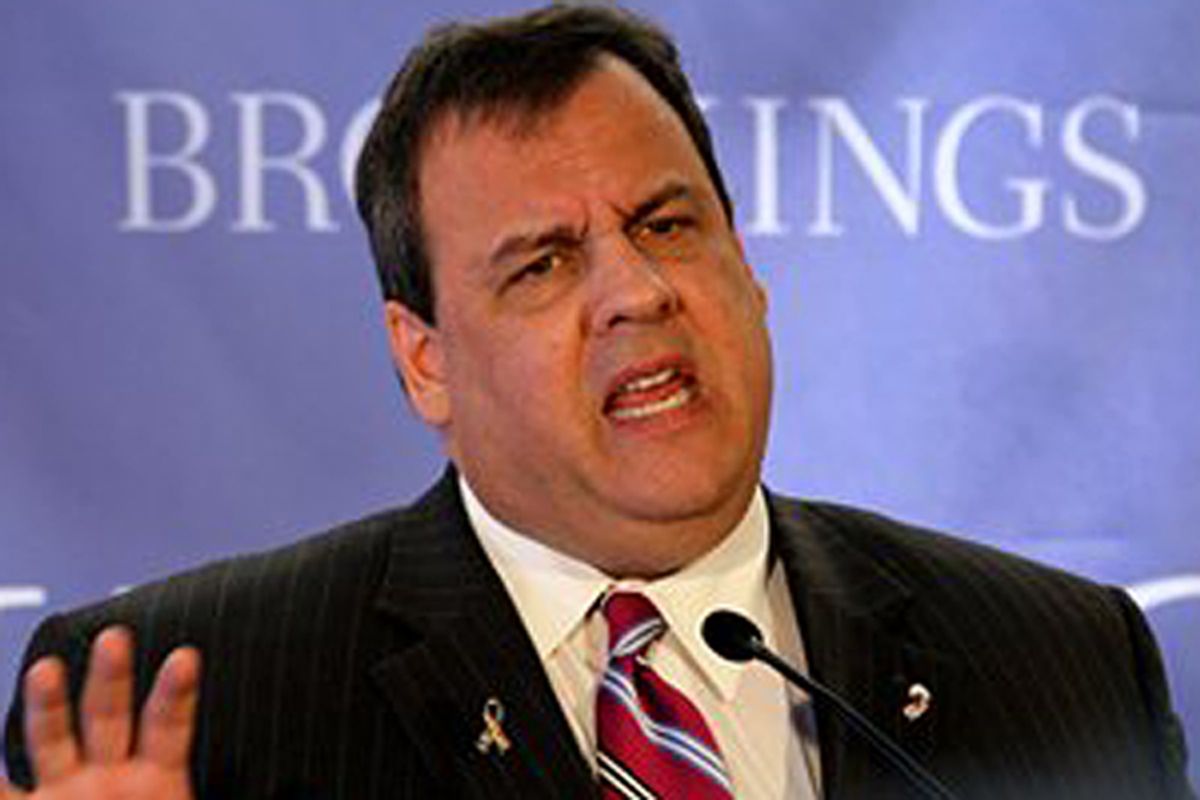 Chris Christie has adamantly (and even comically) insisted that he has absolutely no interest in running for president next year. A new poll explains why: 65 percent of New Jersey voters say they don't want their governor to seek the White House in '12, compared with just 22 percent who say they do.

Granted, it's not unusual for polls to show a politician's home state constituents unexcited by the idea of him or her seeking national office. But Christie's situation is particularly delicate. He was elected less than two years ago by voters who'd concluded that their state's government was utterly broken. If Christie, who has billed himself as the average citizen's only ally in Trenton, were to up and leave for a national campaign, the backlash would be particularly pronounced. And if the campaign were to end badly -- poor showings in Iowa and New Hampshire, say, followed by an early exit -- he'd return to New Jersey as an object of widespread ridicule.

Moreover, Christie doesn't have much of a margin for error to begin with, given New Jersey's strongly Democratic tendencies. He was elected in 2009 with 49 percent of the vote and his 5-point margin over Jon Corzine actually marked the second most lopsided Republican victory in the state since 1972. So far, Christie has managed to remain reasonably popular -- an approval rating of 52 percent in the latest Quinnipiac poll -- but his numbers are fragile. Thus, to maximize his chances of winning reelection in 2013, it's imperative that Christie not be seen as seriously mulling a presidential campaign.

And yet, it is only becoming more obvious that, were he to enter the race, Christie would have a real chance at nabbing the Republican nomination. As Nate Silver outlined earlier this week, the GOP field can now be split into two groups. Some of the prospective candidates -- like Mitt Romney, Tim Pawlenty and Jon Huntsman -- seem safe and well-rounded enough to win over swing voters in the fall of 2012 (provided, of course, that the economic conditions in the run-up to the election are conducive to these voters turning on Obama). But for various reasons, these candidates are also meeting reluctance and resistance from the party's activist base. At the same time, five other prospective candidates -- Michele Bachmann, Newt Gingrich and Rick Santorum, for instance -- have plenty of natural appeal to Tea Party voters, meaning that they would turn off swing voters in the general election.

Christie has the potential to bridge this divide. Unlike Romney and Pawlenty, he exudes authenticity and charisma. Even if you think he's a bully, it's hard to deny that Christie is one of the most compelling and effective communicators that either party has produced in recent years. This partly explains his success in New Jersey, where he's made plenty of enemies, but has also won over (for now, at least) many of the swing voters who spent the last two decades voting Democratic. He is, in other words, a marketable general election candidate -- a Republican who would probably be able to capitalize on a friendly general election climate, if one exists for the GOP in '12.

But he also has far more natural appeal to the GOP's Tea Party base than Romney and Pawlenty -- who both give the distinct impression that they're faking it (and trying too hard). Christie has pursued a Tea Party-friendly agenda in Trenton -- a hard line on taxes, war with public employee unions, even a high-profile decision to shut down construction of a massive public works project -- but more than that, he's done it with a confident, blustering style that has attracted widespread attention and given him an aura of excitement that the rest of the GOP field simply lacks. He may play for the cameras, but at least he's good at it.

That Donald Trump has rocketed to the top of the GOP field these past weeks indicates the depth of the GOP's yearning for someone, anyone to save them from Mitt, Tim, Newt and the rest of the pack. Trump himself isn't a serious answer to this, but Christie could be. There are those who claim that it's getting too late for a dark-horse candidate to emerge on the GOP side -- that Fred Thompson's late-starting bid in 2008 demonstrated how vital it is that candidates be fully committed to running aggressively well in advance of primary season. There's plenty of truth in this and -- who knows? -- maybe Christie would fizzle out as a candidate. But if he were to enter the race in the next few months, it's hard to believe he'd exhibit the same lackadaisical traits that Thompson did four years ago. Christie is simply a far more talented and aggressive politician. And he's in a different place in his career than Thompson was when he ended a five-year political retirement to run. Plus, given what he'd be giving up -- any realistic chance at winning reelection in 2013 -- Christie would have every incentive to run as if his life depended on it.

As I've noted before, Christie learned early in his career that there are dangers to winning one office and then quickly trying to parlay it into a bigger one. His refusal to make that mistake again clearly plays a role in his insistence that he won't run next year. But while he issues his politically mandatory denials, the water keeps getting warmer. And he still has time to jump in.