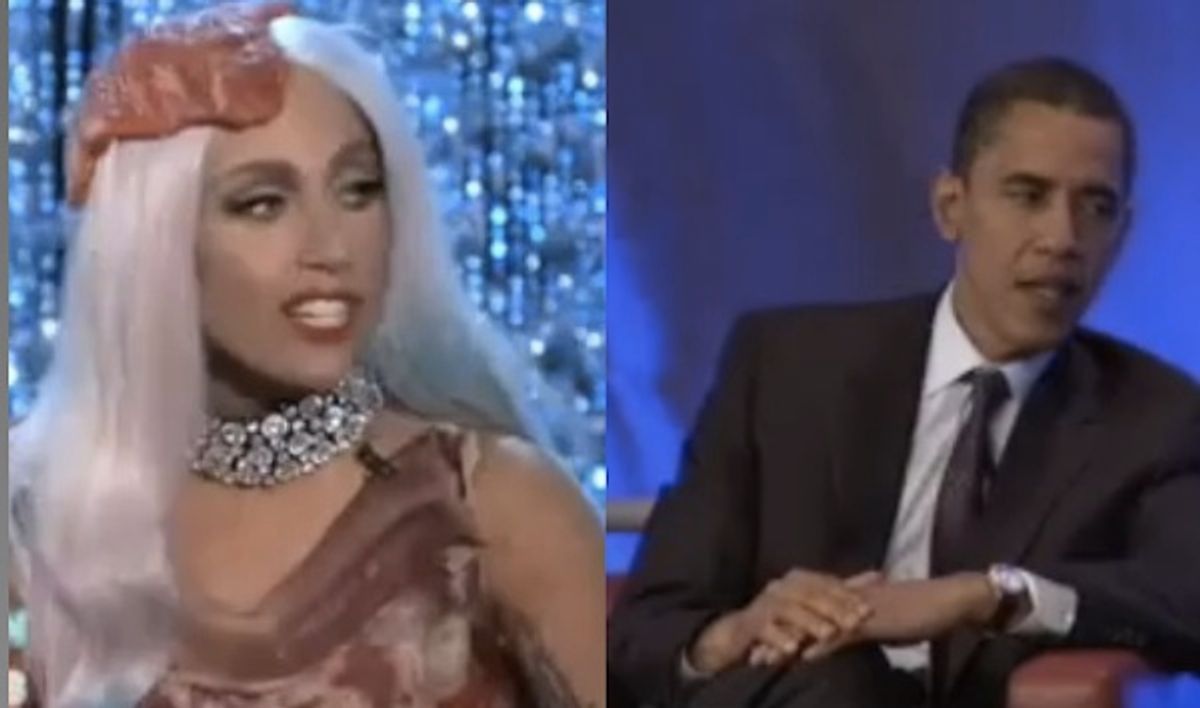 You would have thought Fox News would have learned its lesson yesterday, after it had to take down an incendiary article linking President Barack Obama's visit at a D.C. college to a student death. "GWU Suicide Tragically Coincides with Obama's Speech," read the headline of the piece by Kelly Chernenkoff, which was pulled, according to Fox, "due to the student and university reaction, even though nothing in the story was factually inaccurate."

And that was true, technically: The article only implied that the president was personally responsible for the death of a student who was in his dorm during the time of Obama's speech to the school. Here's what the news item read:

George Washington University students in Washington, D.C. learned of a tragic coincidence of timing on their campus Wednesday…officials tell Fox that the incident took place around 2 pm, which happened to be at the same time that the President was speaking.

What? They said it was a "coincidence"! That's totally accurate! Oddly enough, not everyone felt that it was in good taste to use a suicide to promote anti-Obama rhetoric, so now you can only find the story through screenshots on the school's newspaper, the GW Hatchet.

Undeterred, Fox continued its "partially responsible for death" series today with a horrific story about a mentally disturbed young woman in Oklahoma who drowned and dismembered her cat, allegedly in order to use its blood as part of an outfit for a Lady Gaga concert. The article goes into gruesome detail:

It was later determined the cat had been drowned in the bathroom, before being sliced open and its eyes mutilated. The liver of the animal was found in a makeup case on the bathroom's vanity. Police said Barnes was taken to Griffin Memorial Hospital where she was receiving treatment. She did not attend the Lady Gaga concert.

(That last part was in case you were wondering if she was let out of the mental hospital for the special occasion.) Oh, and just for reference, the story adds this in at the end:

Lady Gaga famously performed at the 2009 MTV Video Music Awards covered in fake blood -- and the next year she wore a dress made of meat.

The woman's neighbors claimed that she was mentally unstable, although "violence was 'completely out of character.'" Again, Fox never comes right out and claims that if it weren't for Lady Gaga this kitty would be alive and well, the implication is clear: Listen to "Born This Way" too many times, and you'll turn into an animal mutilator. God forbid you have any eggs in your house, lest you should try to climb inside one of them to re-create Lady Gaga's outfit at the 2010 Grammys.

It seems that with all the pushback over linking the POTUS with teen deaths, Fox has gone back to the old standby: rock 'n' roll is the devil's music.