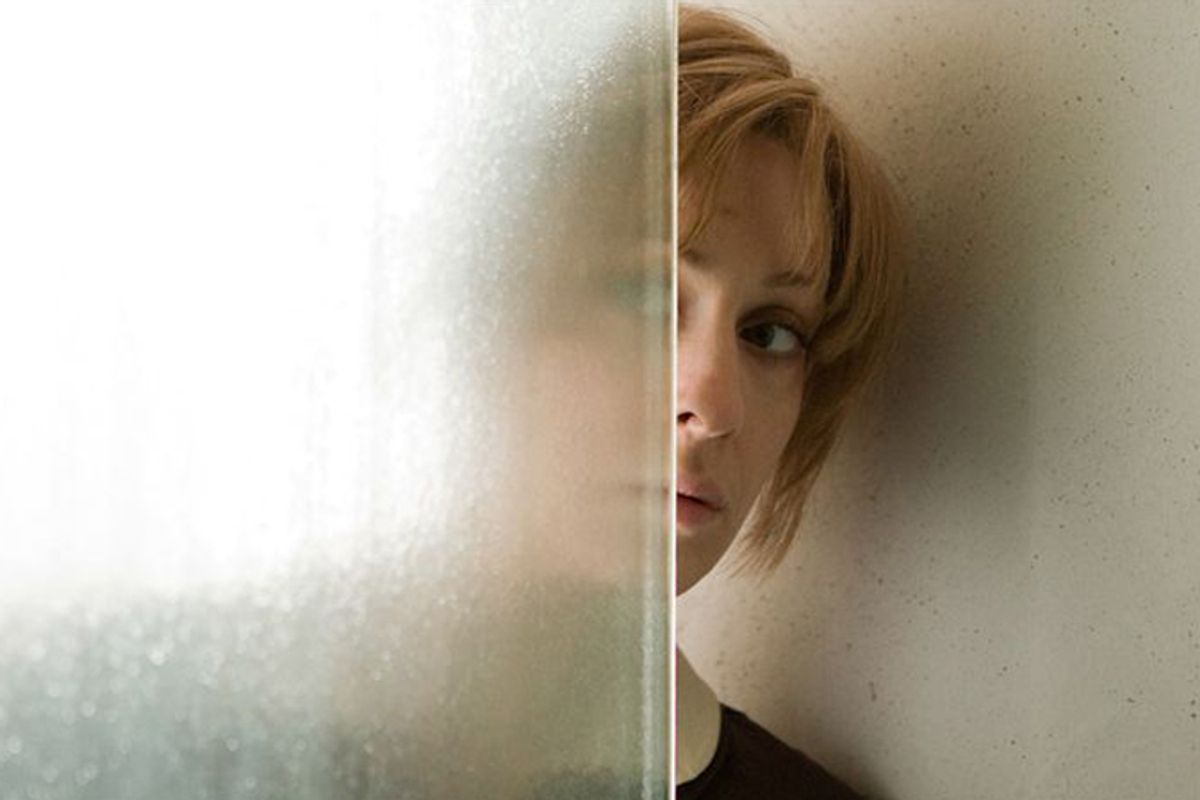 Ksenia Rappoport in "The Double Hour."
--

Partly a strangers-in-the-night love story, partly an icy, twisty Hitchcockian thriller and partly an old-school Italian shocker, Giuseppe Capotondi's "The Double Hour" delivers an intriguing change of pace for genre and art-house fans. If the movie in total is somewhat less than the sum of its parts, they're still terrific parts, assembled by a first-time feature director who shows great promise.

Guido (Filippo Timi, who played both Benito Mussolini and his son in Marco Bellocchio's terrific "Vincere") is a grizzled ex-cop in the northern Italian city of Turin, who has devolved for uncertain reasons to a do-nothing job as a security guard at a rich man's estate. Sonia (Russian actress Ksenia Rappoport, who's done several roles in Italian) is a hotel maid from the Balkans, just another Eastern-bloc blonde who has washed up in a Western metropolis. They meet at a gruesome speed-dating event presided over by an amusing mother-hen figure (Lucia Poli), and there's an immediate spark. Within days, they're strolling the city streets together at night and exchanging cautious confidences from their shrouded pasts. But this is the kind of movie where people's secrets will force their way out, and no love affair goes unpunished. When Guido invites Sonia to visit him at work, where nothing ever happens, of course that's the day when a group of armed thugs invade the premises, and the story takes a sharp left turn (followed by another one not long later).

I'll go no further toward the first switchback in Alessandro Fabbri, Ludovica Rampoldi and Stefano Sardo's screenplay, because so much of the fun in "The Double Hour" is about trying to figure out A) what's really going on and B) how many clues the film has delivered about that along the way. Let's just say that Capotondi's brooding, uneasy atmosphere is both backdrop and content -- in the opening scene, Sonia witnesses a suicide -- and that if you feel that something's a little off about Sonia and Guido's romance from the beginning, you'd be right.

The film's title comes from a superstition Guido recounts to Sonia, the idea that when the clock shows a "double hour" (like 11:11 or, in Europe, 14:14) a sort of magical hole opens in the universe and wishes can be granted. As much as that sounds like mystical mumbo-jumbo, it becomes a guiding metaphor when the story of "The Double Hour" divides into two narrative strands that lead to very different destinations for Guido and Sonia. In both of those universes, the lovers seem haunted by each other, as if photographs and faces and memories are leaking through the permeable walls between alternate versions of reality. Ultimately the plot machinery is a bit too clunky and heartless -- and there may be one switchback too many -- but taking the ride with this intriguing characters is nonetheless memorable.

"The Double Hour" is now playing at the Lincoln Plaza Cinema and Sunshine Cinema in New York, with a national rollout to follow.