Pop Torn: 10 pieces of culture we're on the fence about

This week we're ambivalent toward the future of gay wrestlers, Velociraptor puppets, and gifts from Nicolas Cage 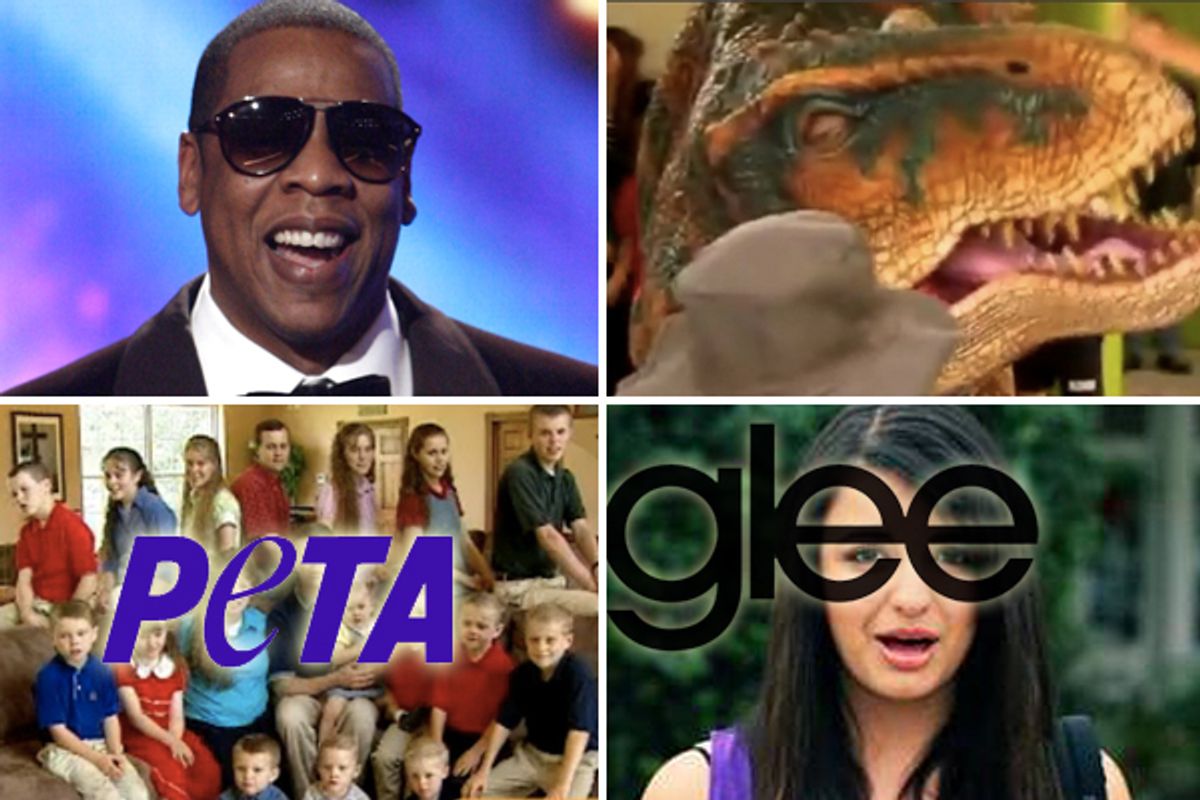 I don't want to be one of those people who talk about the weather a lot, but I hate how spring is acting like such a little tease lately. One day it's warm, one day it's freezing. Make up your mind, already! Then again, how can I blame the winds for being indecisive when I can't even figure out how I feel about some of this week's biggest stories in entertainment? Touché, me.

1. Rebecca Black's "Friday" to be covered on "Glee": It makes sense when you think about the concept of "Glee" as a metaphor for Black's trajectory: a group of teens hated by the rest of their high school for singing annoying songs.

2. Nic Cage in trouble with IRS for giving too many gifts: Oh, what, they're going after Santa Claus next? Nic Cage is just a really generous guy, that's all.

3. PETA's latest billboard comparing the Duggar family to animals that need to be spayed: I usually hate PETA's tactics, but if your dog had 19 puppies, you'd definitely get it neutered too. Unless it was making bank off its own very successful TLC show.

4. The Awl's amazing coverage of Chris Canyon, the gay wrestler: Obviously, in the world of oiled-up men with flowing hair rubbing all over each other, heterosexuality must be protected at all costs.

5. Gwyneth Paltrow and Jay-Z  interview one another for their respective lifestyle sites: At first glance, you couldn't find two more different people to talk to each other, until you realize they probably spend most of their time sharing tips on the best European countries to buy castles in.

Great job beating a man whose last big hit was "Like a Surgeon." Just kidding, we're all losers here: Weird Al has so many more Twitter followers than us.

7. Tom Hanks is teaming up with Green Day for a film version of "American Idiot": How close is Billy Joe Armstrong to an EGOT now? Is it closer than Tom Hanks? Because that would be depressing.

I'm sorry, but if I saw that thing bound through my elementary school door, I would sue the state for trauma. After I was done petting it.

10. David Byrne makes former Florida Gov. Charlie Crist apologize for stealing his song for a campaign ad: Best part? He makes him do it on YouTube.

Wow. That was uncomfortable.