As Trump tries to silence doubters of his 2012 aspirations, an NBC exec concludes, "This is Donald being Donald" 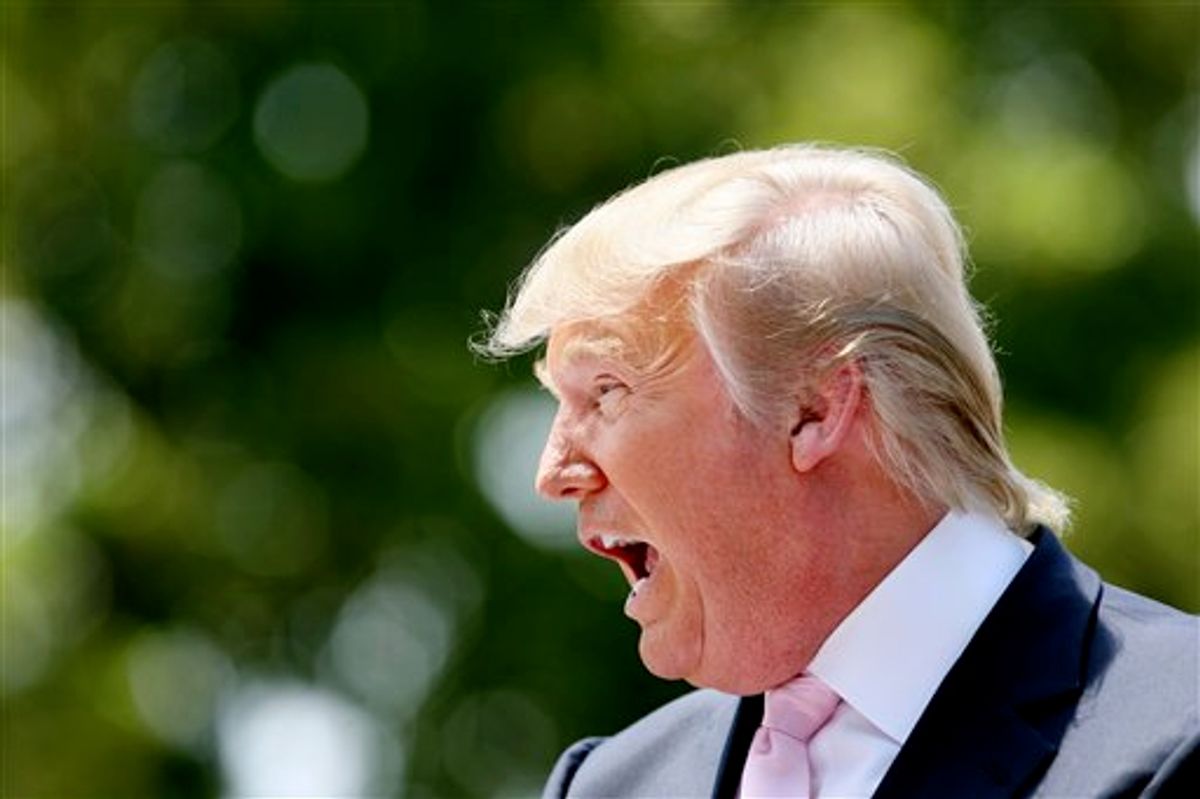 Donald Trump is going into full "candidate" mode, attending a Tea Party rally in Florida over the weekend and apparently reaching out to key figures in the GOP primary.

But executives at NBC, which, as the network that airs "Celebrity Apprentice," has a real financial stake in a Trump candidacy, tell the New York Times today they don't think Trump is particularly serious:

But no one at NBC has done much serious planning about what to do with “The Apprentice,” because of what two executives cited as pervasive doubts that Mr. Trump would actually enter the race.

“This is Donald being Donald,” said one senior executive who would be involved in any decision about how NBC handles the show. The executive, who asked not to be identified to avoid any conflict with Mr. Trump, said “any decision is still weeks away.”

If Trump runs and NBC has to bump Celebrity Apprentice or find a new host, that could hurt the network. But if he merely flirts with a run for months and garners mind-boggling volumes of free press, NBC will probably be pleased. We've already seen NBC and MSNBC help enable Trump's Birther media tour, for example.

Finally, here's an update on an issue I've written about -- whether Trump, as he claims and as the media has uncritically reported, has actually sent investigators to Hawaii to dig into President Obama's birth.

TPM's Evan McMorris-Santoro asked Trump about this in Florida over the weekend. Trump dodged the question and then abruptly cut off the interview: