How a boycott meant to save Arizona is hurting it

Sound Strike is an attack on the anti-immigration bill, so why are local venues and music fans the ones suffering? 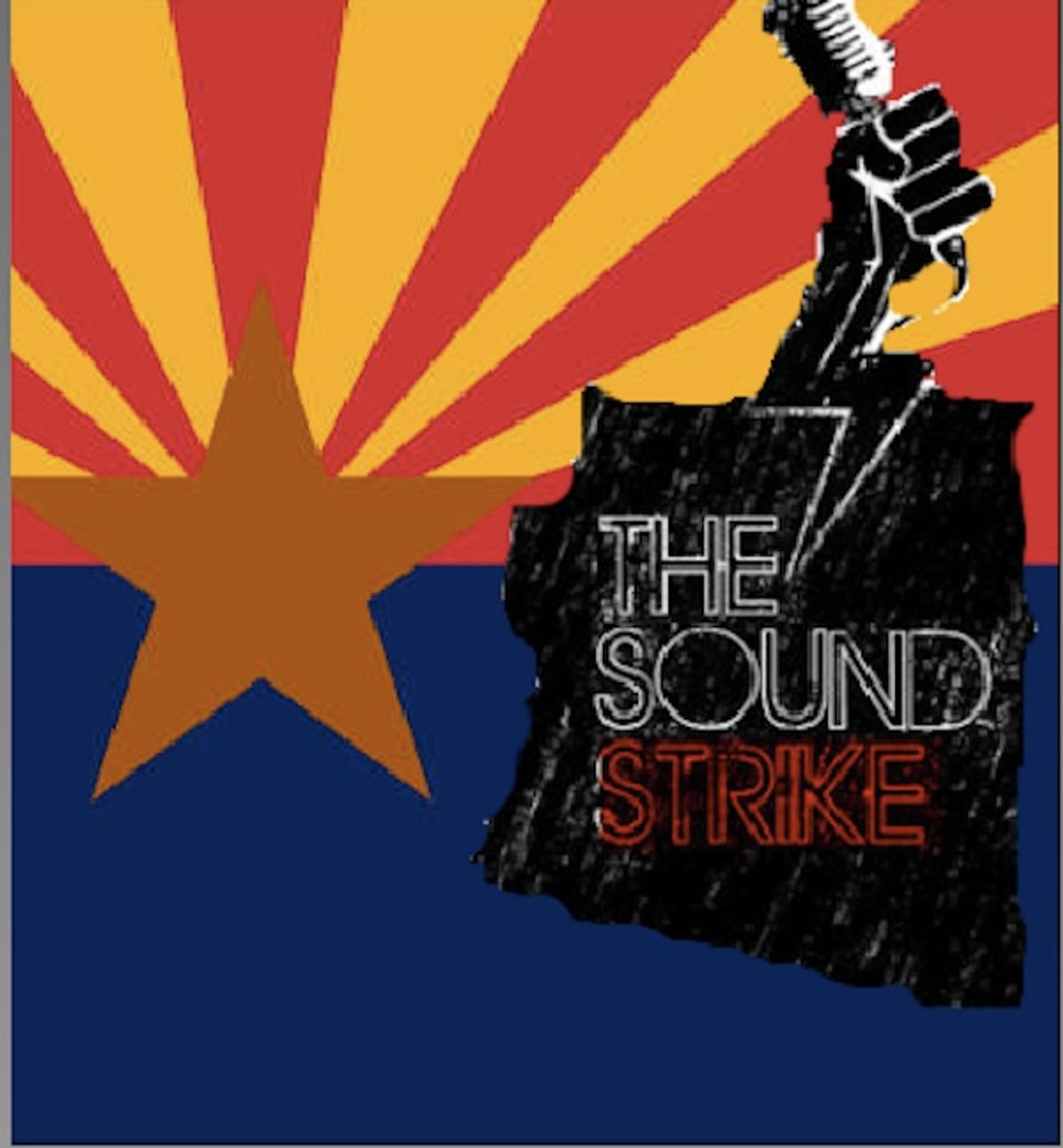 Are musicians missing the big picture in Arizona?
--

On paper, the mission of Sound Strike seems like an admirable attempt by musicians to boycott Arizona's passage of the SB 1070 bill. After all, the tourism industry of the state has already seen million-dollar losses as conventions move elsewhere in opposition to the anti-immigration law. Sound Strike's artists appear to be operating under the same line of defense: By refusing to play in-state venues, they are dedicated to "raising awareness and opposition to the predatory and punitive treatment of immigrants in Arizona."

But according to a vocal group of anti-legislation sympathizers in Arizona's music industry, Sound Strike has done nothing but hurt the community it is theoretically trying to help. By canceling shows, these bands have left non-profit venues in a lurch. By not showing up, these state citizens argue, the musicians involved in Sound Strike missed an opportunity to rally young voters against the bill in the first place.

In addition, there have been claims that Sound Strike founder (and Rage Against the Machine frontman) Zack de la Rocha blocked local Arizona music organizers from participating in its SXSW panel about the bill and, according to the Phoenix New Times, have policed their Facebook page for any questioning of their methods. Apparently, the writing is on the wall: if your business is in Arizona, you are blacklisted from some of today's biggest touring artists.

From an open letter to the organization from the Rialto Theatre, a non-profit organization and live music venue in Tucson:

Zack De La Rocha’s “Sound Strike” effort, which has been joined by a slew of artists, from Sonic Youth to Kanye West, has generated a lot of headlines, but the official stance seems to be nothing more nuanced than “Boycott Arizona and sign a petition to repeal SB 1070.” With all due respect, we feel that this effort tends towards feel-good posturing for those that have the luxury of skipping a couple shows on a given tour that does nothing to address the very real problem that confronts all Hispanic-appearing people in our state. Moreover, this boycott harms the very people that are doing the most to fight the law – promoters, venues, non-profits, motivated fans – within the state of Arizona.

We spoke to Curtis McCrary, general manager of the Rialto Theater, to discuss how the boycott has effected not only the music industry in Arizona, but its electoral process as well.

What has been the effect of Sound Strike on your community?

All of this started in April of 2010, when Arizona State legislature passed the SB 1070 law: the "Show Me Your Papers" bill, which was obviously horrible and very controversial. Shortly after it was passed by [Arizona Governor] Jan Brewer, I got a call from the management of Cypress Hill wanting to cancel their show at our theater on May 21 because of the legislature. I wrote an impassioned plea to their people: that boycotting wasn't the right approach, that doing the show would give them a platform to protest the law, we would donate money from the show to any groups they wanted, and we would ask that they donate part of their fee as well. We wanted to call a press conference and express alongside of them our opposition to the bill. We all opposed the law, we thought it was terrible for the state. And instead we got punished. They canceled the show anyway.

A month after that, the Sound Strike boycott was announced. They put out a list of artists that wouldn't play in our state, and Cypress Hill was one of them. We started losing shows.

Can you give me some examples?

Steve Earle. Rodrigo y Gabriela was a confirmed show, we were working on a Joan Baez show at another venue, and she withdrew before she confirmed. Gogol Bordello has played here three or four times, and they had a show we working on for the fall that never happened because they joined the boycott.

And you think this boycott is happening specifically in Arizona not just because of the publicity around the state, but for financial reasons as well?

As a talent-buyer for an Arizona venue, what gets to me is -- yes, Arizona put out a horrible piece of legislation. But as everyone knows, it's now been joined by the federal courts and the Ninth Circuit ruling. But it seems to me that Arizona is an easy state to boycott, because we only have two major markets: Phoenix and Tucson. It's just not a very important place for a lot of these mid-size artists that are on that Sound Strike list, and they can afford to give up gigs here to be part of this boycott.

What seemed obvious to me for quite a while is that this boycott isn't effective because it punishes us as a non-profit, it punishes the fans that don't get to see them, but it has no effect on the larger tourism industry or big business in the state. The boycott of the convention and tourism business in Arizona is costing millions of dollars of losses, and that is quantifiable. But I'm sure if Jan Brewer or [Arizona State Senator] Russell Pearce had even heard of Sound Strike, they'd be happy these artists who oppose their legislation are staying away and not coming here to oppose them with the platform afforded to musicians.

The state of Texas also has really messed up immigration laws, but no one is going to boycott Texas, because it is too important to them financially to play in San Antonio, Dallas, Austin and Houston. No one is going to stop playing in Los Angeles either, despite their drafting of a similar bill.

And the really ironic thing to me is that LiveNation, the biggest corporate music promoter in the world, put on a concert by Rage Against the Machine and other groups participating in the boycott in Los Angeles. We were telling these artists before the 2010 election, "Come here, help register voters, we need you." If they had come and helped register young people, Hispanic people with their message during that critical election, they could have made a difference. But they didn't do that. They held their rally and event in Los Angeles in conjunction with a giant corporation that has more stake in keeping tourism alive here -- that actually is more in line with working to help Arizona's lawmakers -- than opposing them.

Our state Attorney General is Tom Horne, a rabid right-winger (and the main supporter of a bill to ban ethnic studies in Arizona schools). He won by about 4 percentage points. So if these bands could have come and helped us get the word out about voting, had hit those youth demographics and helped get 5,000 to 10,000 extra votes, things might have turned out much differently for our state.