Why I won't post pictures of my kids online

It's not that I'm terrified of predators. I want my kids to know that they're not simply there to be looked at 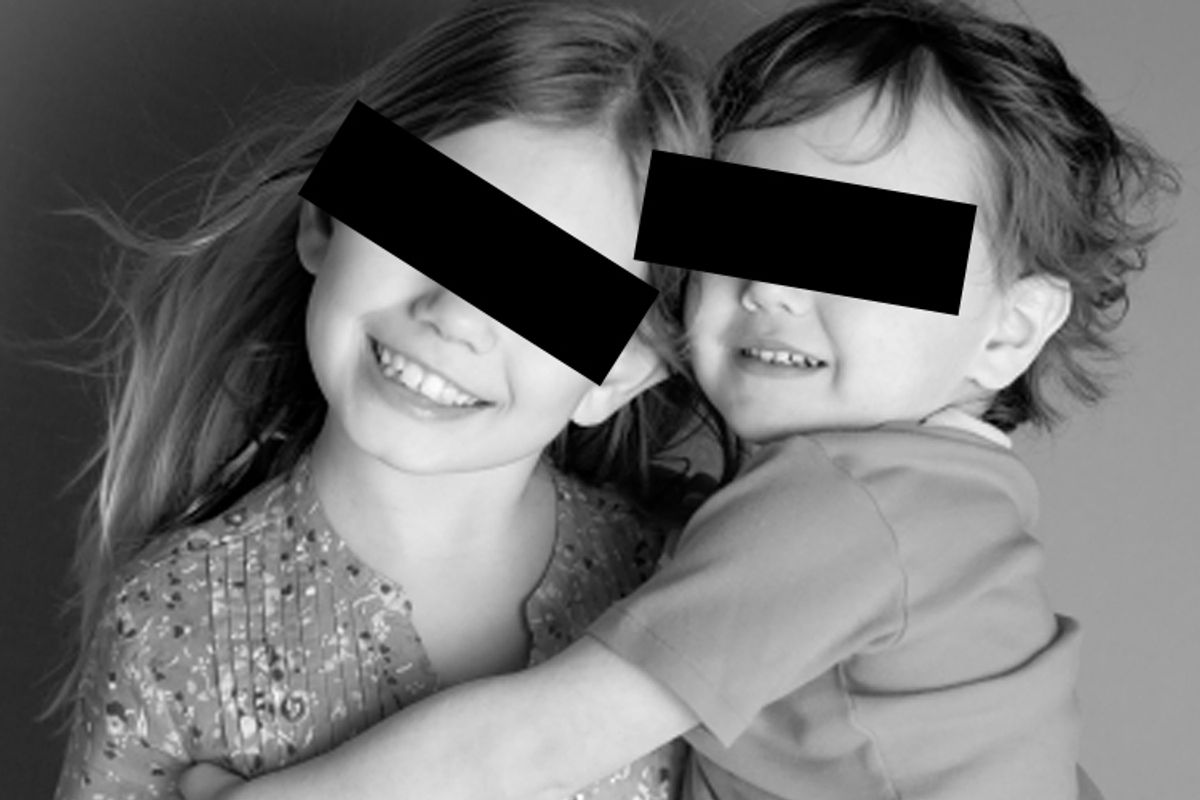 If you look at my Facebook page, my Twitter feed or my YouTube channel, you'll see plenty of references to my two daughters, mostly in the form of quotes of their hilarious wisdom and occasionally in the form of mild bragging on their accomplishments. What you won't find, however, are images of them. I don't post pictures of my kids.

It's not that I'm not enthusiastic about my children's activities or utterly convinced of their photogenic appeal -- even if I suspect that my followers and friends may not find them as fascinating as I do. There are a variety of reasons my daughters, so profound a part of my offline life, are so judiciously edited from the one I lead online, starting with the fact that there are a lot of sick, creepy people out there. And I'm just talking about my own trolls. Over the years, I've received infrequent but nonetheless unnerving messages from readers who've expressed, sometimes quite vividly, their desires to rape and/or kill me. If you have opinions and a vagina, it comes with the territory.

And two years ago, a slight acquaintance from my distant past suddenly starting sending a persistent deluge of stalker-like emails, eventually offering to "drop by" an event I was on the bill for. (Fortunately, he gave up trying to contact me soon after.) I'm a big girl and can choose the risks I assume -- but my daughters aren't, and they can't. And while I figure that anyone who really wants to can easily find out what I look like, I have no interest in letting anyone who's hateful, violent or obsessive learning what my kids look like.

Maybe if I didn't have, to a small degree, a public persona and its related security concerns, I'd be more comfortable sharing my family pictures. I'm not so paranoid that I think crazed predators are lurking behind every Twitpic, waiting to swoop down on innocent children. But there are other, equally compelling reasons for my media blackout.

Someday, my daughters will have robust online lives of their own. And when that time comes, they will have to decide how to present themselves to the world. For now, however, that's my job. Everyone has a right to privacy, even my cute, gap-toothed 7-year-old. That dress-up picture of her I find so adorable, she may one day decide is mortifying. And because of that, I don't feel I have any more right to display it than I do to post and tag a photo of a friend without consent. If I'm bugged when somebody does that to me, how could I do likewise to my children?

Similarly, I want my daughters to grow up with the understanding that privacy settings will only get you so far -- and it's not very far at all. Whatever you put out there on the Internet belongs to the Internet, and if someone wants to find it, change it or comment on it, Mom can't stop it. While the likelihood is slim that anybody out there will really give a crap about their pajama-clad Christmas morning, it's still their Christmas morning, to disseminate one day as they see fit. I also want them to be comfortable with the option of having experiences and not sharing them, of having moments that aren't photographed and uploaded. And I believe that would be more difficult if they'd already spent all their young lives as the stars of their parents' Facebook feeds.

And because they're girls, I care very deeply about regularly affirming the message that they're not just here to be looked at. My 11-year-old is already learning that classmates can get attention for their perceived "hotness"; other girls in her school are dieting because they want to look "good" for their upcoming grammar school graduation. I'm not convinced that having them know that adults are looking at their pictures, and, inevitably, commenting on them, would do anything to keep at bay that pressure to conform to a certain standard of beauty, or to present the most attractive image possible.

It won't be long before my girls are online themselves, with people judging what they put out there. For many children, it's a short trip from the approving coos of grown-ups to the derisive mockery of schoolmates, and I am just fine with that trip not being today. Any time someone posts a photo or video, he or she is inviting an opinion of it. It doesn't seem like a big deal when it's a sweet image of a perfect baby. But it doesn't take long for images to wind up in different contexts, and to invite comparison and criticism. Several months ago, a neighbor posted a video of her daughter at a school performance that several other local children, including one of my own, were in. One of the commenters, a no doubt proud relative of the girl, swiftly chimed in to note what an obvious star the girl was, and how nobody else onstage could hold a candle to her. My kid's not in a competition with this girl. But suddenly a total stranger put them in those roles. And it pissed me off, that in praising one child, someone felt the need to put down a dozen others. By refraining from sharing my own videos of class performances, I don't have to run that risk of being responsible for that happening to my or other children. As my older daughter told me recently, "Sometimes when we make a funny movie, I wish we could put it on YouTube. But I know you're looking out for me."

Despite my abundant caution, I'm not a photo Nazi. In a few places, there exist two or three baby pictures of the girls. There are plenty of birthday party and field trip pictures featuring my children's lovely mugs on my friends' pages. I recently consented to letting someone use a 5-year-old photo of my younger child as a toddler for a story that I hope will ultimately be of service to others. And I've signed my share of releases for school and entertainment events. I don't expect every aspect of my children's lives to go utterly undocumented, or believe that rules can't have exceptions.

I likewise don't have any more opinion about whether other people should post pictures of their kids than I do about what religion they're raising them, or where they send them to school. I have just one other friend who won't post photos of her children online, and this is a woman who, just like me, has no shyness about showing off her children's artwork, or her own vivid cancer scars. But the two of us are in a very small minority, quiet holdouts in a sea of class pictures, candid vacation shots, and YouTube clips of school performances and funny interactions.

Yet despite my own reserve, I'm almost always happy to see photos of friends' families on Facebook and Flickr. Because I love them. And I've got no moral imperatives regarding other people's children, because I know that what works well for one family is pointless in another. We're all just trying the best we can, making up most of this parenting stuff as we go along. But if you're close enough to me to care about how my daughters are doing these days, you're close enough for me to send you an email attachment of their bright, cute faces. Chances are, you're close enough to see my family in person. And if you're not, you don't really need to know, and I really don't need to share. But if you'd like, you can take these thousand words instead. Consider them worth a picture.