The Mel Brooks show opened the floodgates on movies turned musicals, but did theater learn the wrong lesson? 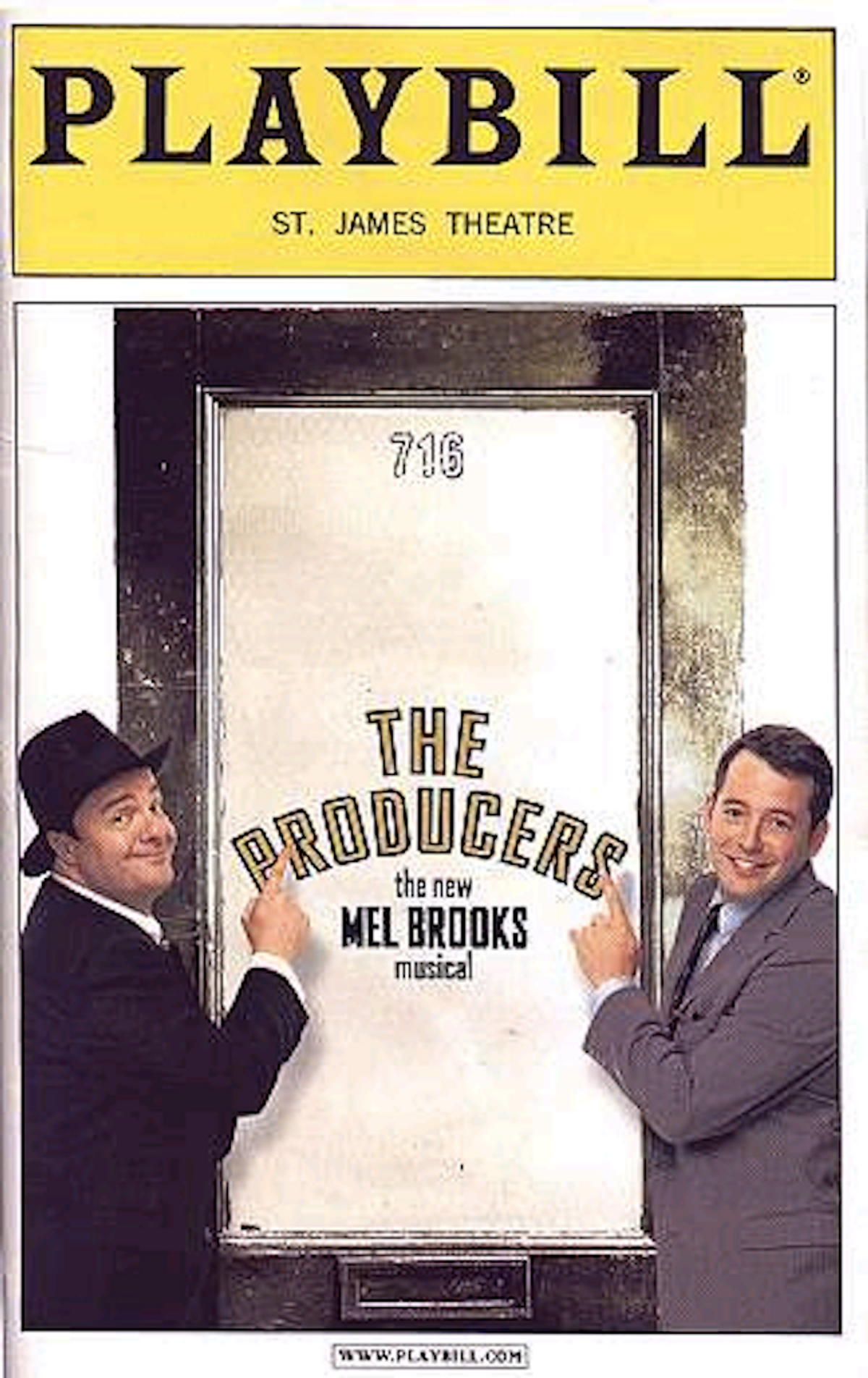 Ten years ago today, "The Producers" opened on Broadway. The show starred Nathan Lane and Matthew Broderick in roles originated by Zero Mostel and Gene Wilder in Mel Brooks' 1968 film. The play wasn't just a success, it was a watershed moment in American theater, winning the most Tonys in history (15), spawning a movie based on the musical (which was already based on a movie … more on that later), and selling a record-breaking $3 million in tickets three days after opening.

Pretty strange for a story about two men trying to create a Broadway flop, right? But let's go back to a New York Times article about the show's box office records, from April 1, 2001, which inadvertently predicted the future in a terse meeting between then-Miramax producer Harvey Weinstein and Mel:

Mr. Weinstein told Mr. Brooks he wanted to turn the show into a movie. ''There already is a movie,'' Mr. Brooks countered. ''It's called 'The Producers.' ''

I wonder how Harvey convinced him to change his mind, because by 2005, "The Producers" had been remade into a movie, starring most of the original Broadway cast. Weinstein insisted that the movie needed a couple more stars though, so Uma Thurman and Will Ferrell were brought in to play the Swedish secretary Um and the Nazi playwright Franz Liebkind. As Stephanie Zacharek wrote in Salon:

"The Producers" is essentially a filmed version of a stage play, in which none of the characters' expressions or line readings have been scaled down to make sense on-screen. Every gesture is played out as if the actors were 20 feet (or more) away in real life, which means that, by the time the performers are magnified on the big screen, they're practically sitting in your lap. The effect is something like watching a 3-D Imax movie without the special glasses. "

The movie musical was split almost 50-50 with reviewers. Terry Lawson of the Detroit Free Press was particularly harsh on the adaptation:

"There are bad movies, there are terrible, misguided mistakes and there are unbearable and embarrassing ordeals. 'The Producers: The Movie Musical' is all of those."

"The Producers" remake brought in approximately $33 million at the box office, which was a flop for the film that cost $45 million.

And yet … somehow "The Producers" managed to spawn a "Human Centipede"-esque trend of movies turning into plays, and in some cases back to films again. Look at John Waters' "Hairspray," which opened on Broadway in August 2002, nearly a year after "The Producers" did. The revamped musical was also a huge success, winning eight Tony Awards and running for 2,500 performances. Waters, whose original film starred Baltimore drag queen Divine as the protagonist's mother, decidedly made his adaptation more audience-friendly when he went to Broadway, adding in more songs and getting famed actor Harvey Fierstein to play Edna.

Following in the exact same trajectory as its predecessor, "Hairspray" got its own film remake five years after it hit Broadway. Unlike "The Producers," however, the new film left most of its original cast behind in favor of stars like Amanda Bynes, Zac Efron, Michelle Pfeiffer and Christopher Walken. John Travolta took the role of Edna. It did significantly better with both critics and audiences and raked in $203 million at the box office (with another hundred million in DVD sales). The production cost was only $75 million.

What "Hairspray's" producers had figured out was that Mel Brooks had his formula turned around: You don't put celebrities on stage, you wait until the film remake and then cast them. People went to live musicals because they loved the production; the famous actors were just an added bonus. But people saw movies for movie stars, not because they never got to see the Broadway show.

This might seem like an odd revelation for the man who made "Pink Flamingos," but then again, John Waters didn't get to direct the "Hairspray" remake. He was only credited as the writer.

By the time "The Producers" took its final curtain call, the floodgates had been opened: "Legally Blonde," "High Fidelity," "The Wedding Singer," and "Billy Elliot" were just a few of the movie-to-musical adaptations that made it to Broadway between 2005 and 2006. Of that group, only "Billy Elliot" (the score of which was written by Elton John) has received any real acclaim. So far, no one has tried to readapt the productions back into films, but perhaps that's because their source material is far too recent for a remake. (Both "The Producers" and "Hairspray" were decades old by the time they were rereleased as a musical.) Brooks himself tried to bottle the lightning success of "Producers" when he premiered his famous comedy "Young Frankenstein" as a Broadway musical in 2007. It flopped.

So what can we learn from the success of "The Producers" on Broadway? Maybe a little humility. In 2005, it was hard to imagine that Brooks' movie-musical-movie recipe wasn't the first of its kind. But "Little Shop of Horrors," "Hello Dolly," and "Sweet Charity" all followed the same trajectory long before Brooks ever conceived of making "Springtime for Hitler" into a full-length musical number.

But the symbiotic relationship between Hollywood and Broadway has now forged a strange pathway, one in which films like "Catch Me If You Can," "Sister Act," and "Bring It On" are being turned into treatments with song and dance numbers.

Some of these will undoubtedly succeed (Hello, "Bring It On!"). Some will flop. Some might even get a movie musical remake. But at times I almost wonder if producers weren't a little too inspired by Mel Brooks' parable, and are purposely trying to create the worst play ever in order to collect on the money they made from overselling interests. After all, what other explanation could there be for "Spider-Man: Turn Off the Dark"?