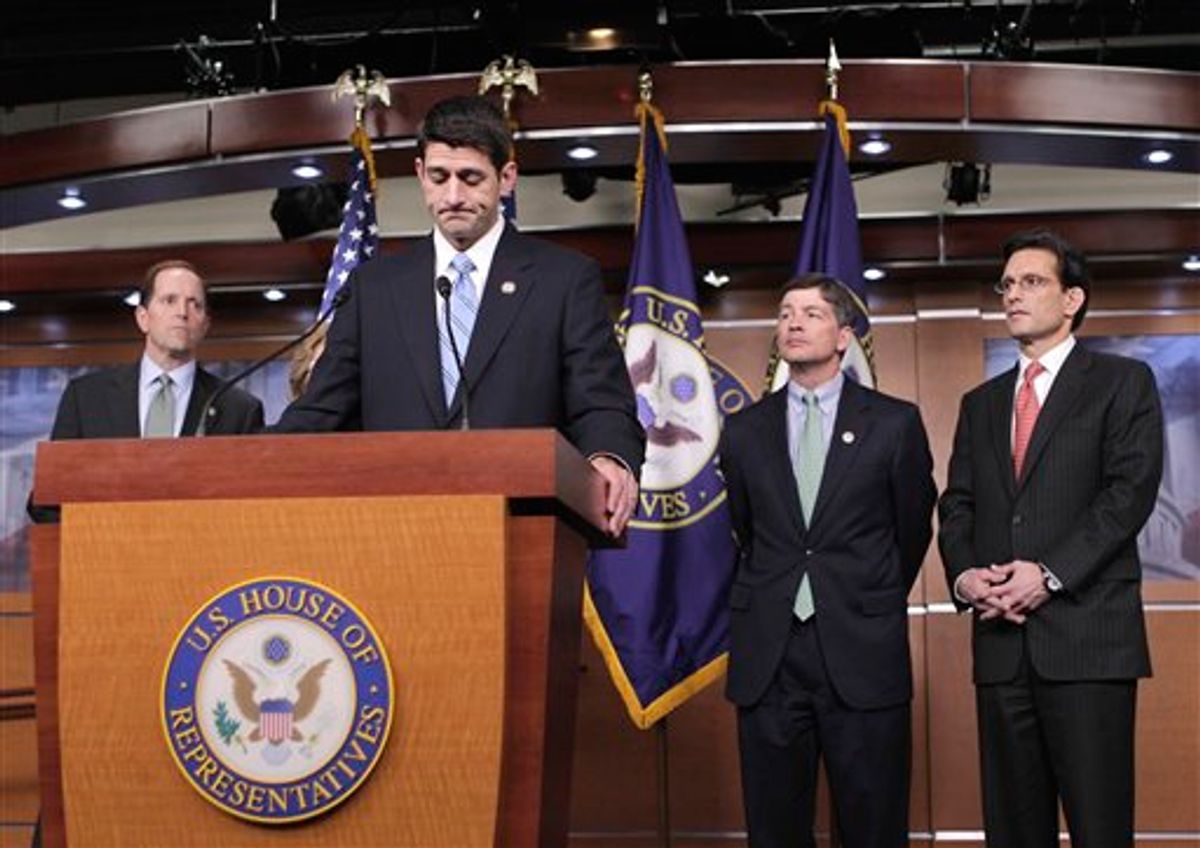 As the government approaches its borrowing limit of $14.3 trillion, Republicans are seeking political advantage over what conditions should be attached to raising that limit.

This is a scandal -- or should be. Raising the debt limit shouldn't be subject to party politics. Economic extortion should be out of bounds.

It's bad enough government shutdowns have become an accepted part of political negotiation. But failure to increase the amount the Treasury can borrow would have far graver results.

Not only would the government be unable to issue Social Security or Medicare checks but the United States couldn't pay interest on its current debt.

We'd go into default. The full faith and credit of the United States would be in jeopardy. Treasury bonds would go into free fall. Interest rates would skyrocket. We, and most of the rest of the world, would fall into financial chaos.

The recovery is still fragile. All this would force us and most of the rest of the world into a deeper recession or worse.

No one in their right mind would threaten this. Yet it's talked about as if it's just another aspect of Washington politics -- a threat that might be carried out in early July when the Treasury runs out of ways to keep paying our debts.

In fact, it's a giant game of highway chicken, and if one driver doesn't yield the crash will be catastrophic.

Games of chicken are won by drivers able to convince their opponents they won't swerve. That gives a strategic advantage to Republicans backed by the Tea Party, who are so convinced government is evil they've signaled they'd be willing to risk it.

But this shouldn't be a matter of political strategy. Disagreement about the nation's budget should be worked out through the constitutional process of majority votes in Congress, followed by the President's signature or veto, and Congress's right to override the veto.

No group of legislators is entitled to threaten to crash the United States economy if its demands aren't met.

Why isn't the Business Roundtable decrying the use of this tactic? Where are the leaders of Wall Street? Where are the corporate statesmen? They should insist this game of chicken be called off or they'll stop the funding.

Maybe they think the crash won't happen, that Obama and the Dems will cave in to Paul Ryan's and the Republicans' before that.

If so, they're wrong. The Republicans' demands are so far beyond the pale -- turning Medicare into vouchers that funnel money to private insurance companies, turning Medicaid and food stamps into block grants that would deliver less to the poor, giving a giant tax windfall to the very rich -- they cannot be met without causing the Democratic base (and most Independents) to revolt.

Yesterday Standard & Poor's (hardly a beacon of reliability after the Crash of 2008, to be sure) downgraded America's credit outlook. Expect more downgrades if the game of chicken continues.