Does anyone actually know how to fix the economy? 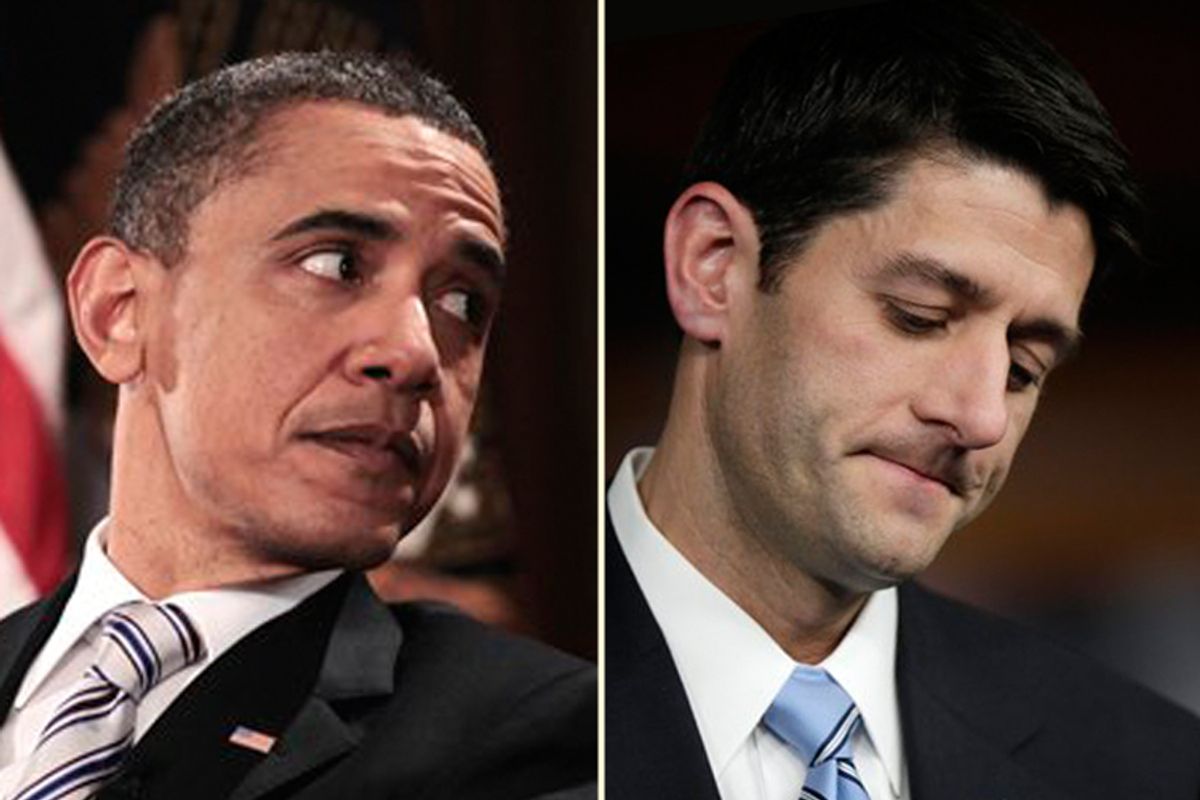 What if all of the familiar sides in the current debate about the economy -- left, right and center -- fail to provide convincing plans? Sadly, it is easy to make the case that they do.

The supply-siders cannot be taken seriously. The original architects of supply-side economics in the late 1970s and 1980s like Bruce Bartlett never claimed that a dollar in supply-side tax cuts would produce a dollar or more in new federal revenue, thanks to the growth the tax cuts stimulate. Somehow this was lost in the translation from economic wonkery to campaign politics. Today it is routinely claimed by Republican conservatives that supply-side tax cuts do not contribute to the deficit and pay for themselves . The latest to make this erroneous claim is Rep. Joe Walsh, R-Ill.

"Every time we've cut taxes, revenues have gone up." Conservative economists know better, which explains why they respond to such statements by their political allies with embarrassed silence.

It may be that some on the right only pretend to believe in what the first President Bush called "Voodoo Economics" in order to "starve the beast" -- that is, to render the federal government insolvent by means of tax cuts, in order to force drastic reductions in federal spending. Just what those reductions would be is suggested by the plan of House Budget Committee Chairman Paul Ryan, R-Wis., to slash Medicare, Medicaid and discretionary spending, while enacting even more tax cuts for the rich. Quite apart from the injustice and political unpopularity of such a program, in the remote chance that it succeeded it would fail to promote steady long-term growth, for two reasons. First, it would reduce public investments in R&D, infrastructure and training that are essential to long-term productivity improvements. And by shifting even more of the nation's income to the elite, who are likely to use the money to save or speculate with, Ryan's regressive program would increase the incentives for the rich to gamble in dangerous asset bubbles, while shrinking the middle-class and working-class consumer markets on which many businesses in America depend.

Compared to supply-side conservatism, traditional center-right fiscal conservatism deserves to be taken more seriously. One of its central premises is beyond dispute: In the long run, the U.S. needs to keep its deficits and national debt limited to reasonable levels of GDP, even if there is no need for the U.S. ever to reduce either to zero (like an immortal corporation, a country can keep rolling over a moderate amount of debt forever). Unlike supply-siders, fiscal conservatives acknowledge the need for revenue increases as well as spending cuts to bring America's finances into good shape over time.

But most fiscal conservatives take an exaggerated view of two threats. The first is the possibility that foreign creditors, convinced that the U.S. will be as insolvent as Greece or Iceland, will suddenly dump the U.S. Treasuries they hold, forcing higher interest rates in the U.S. But China's government buys American debt as part of a complicated scheme to artificially suppress the prices of China's exports. If it dumped American debt, then its manufacturing industries would be wiped out.

If other foreign and domestic creditors were worried about an American "fiscal crisis" they would be demanding higher interest rates now. The fact that they do not suggests that the U.S. is still the world's greatest safe haven for anxious money, compared to the crisis-ridden EU, stagnating Japan, authoritarian China and unstable emerging countries.

The other mistake made by many fiscal conservatives is to worry that a permanent increase in government spending in the U.S. will "crowd out" private investment. According to the crowding-out theory, more Social Security means fewer American businesses. The crowding-out theory might have been plausible when the U.S. was more or less a closed economy. But today the world is awash with money looking both for good investments like growing businesses and for safe assets, like federal bonds and the asset-backed agency bonds that seemed so safe before 2008. In these circumstances, the problem is not to avoid the crowding out of investment, but to promote the "crowding in" of globe-circling money so that some of it goes into investments in infrastructure and manufacturing in the U.S. as well as into manufacturing in China or energy exploration in Brazil.

If fiscal conservatives are the center-right, neoliberals are the center-left. The neoliberal wing of the Democratic Party, identified with former Clinton Treasury Secretary Robert Rubin and most of President Obama's economic advisors, tends to share the exaggerated concern of the fiscal conservatives about deficits. Neoliberals focus on growing the economy through investment on the supply side, in infrastructure and education. The combination of deficit hawkery and public investment is summed up in the Clinton-era phrase "cut and invest." Neoliberals might be described as supply-side liberals.

Their progressive rivals are demand-side liberals, in the tradition of John Maynard Keynes and liberals of the mid-century New Deal era. Demand-side progressives argue that in the short term the present crisis should be combated with government fiscal policy, like much greater spending on public works, as well as government monetary policy, like the Fed's program of quantitative easing. In the long term, aggregate demand for goods and services, the only thing that can spur adequate long-term investment, must be increased by increasing incomes in the middle and bottom in the U.S. and abroad and perhaps by an expansion of public sector spending on economic security and public employment.

Both neoliberals and progressives make valid points. Unfortunately, when it comes to actual proposals, both schools tend toward gimmickry.

For example, neoliberal politicians like Bill Clinton and Barack Obama have emphasized sending more Americans to college. But it is not clear that providing more Americans with BA's from colleges and universities would boost economic growth, compared to more focused vocational training in high school and community colleges. Sending everyone to college might well create more income equality -- but only by making BA's as common as high school diplomas. As Adam Smith pointed out in "The Wealth of Nations," "if an equal proportion of people were educated at the public expense, the competition would soon be so great, as to sink very much their pecuniary reward."

On the progressive side, the major gimmick has been the idea of a Green New Deal, which distracted the center-left during the first few years of the Obama administration. Like most bad public policy proposals, it was born of an attempt to please too many constituencies all at once. In the case of the Green New Deal, the constituencies were mostly white upper-middle-class environmentalists, labor unions and the poor, particularly the urban minority poor. The cap-and-trade system was supposed to deliberately raise the prices of fossil fuels, creating a flood of investment in wind and solar plants, which would create private jobs for unionized construction workers and psychic income for affluent Greens. Meanwhile, tax penalties for energy inefficiency would provide jobs for poor young people in weatherizing office buildings and homes. The fact that cap-and-trade would create a new market that Wall Street investors could game led many neoliberals to support the program.

The Green New Deal was a complicated Rube Goldberg scheme that could not survive the failure of international climate negotiations and opposition not only from Republicans but also from Democrats representing fossil fuel industries and manufacturers reliant on inexpensive industry. The idea was sound -- the U.S. economy needed, and still needs, much greater investment in infrastructure, both as short-term stimulus and as the basis for long-term growth. But progressives hurt their own cause by rallying too quickly behind a prematurely detailed plan dictated by coalition-building. The political failure of the Green New Deal has left the center-left for the moment without a story to tell about public investment.

Rather than commit the same error of premature specificity, I will end this survey of approaches to American economic growth with some broad suggestions. A sensible approach would be more relaxed than Chicken Little deficit hawks about the ability of the U.S. to borrow at low rates of interest for a long time to come, given the lack of other attractive options for many investors.

Instead of overemphasizing human capital investments in the form of education, a thoughtful supply-side investment program would focus in part on "capital deepening" -- improving the poor productivity in much of the U.S. service sector like government, healthcare and higher education by substituting technology for a lot of what is done now by labor, including skilled labor. In other words, America needs more robots, not more diplomas. A national infrastructure bank could make it possible to fund public investments in transportation, energy, communications and public utilities, without the need to get people to agree in advance to an overly detailed plan like the doomed Green New Deal.

Finally, when it comes to demand-side policies, instead of shrinking middle-class social insurance the U.S. needs to expand it -- and to raise the taxes necessary to pay for it. As Steven Hill has suggested, the Social Security payout should be increased and paid for by higher payroll taxes, new taxes like a dedicated portion of a value-added tax, or both. As Greg Anrig has proposed, Medicaid and unemployment insurance should be removed from the states and completely nationalized, in the interests of efficiency and long-term solvency. Adding universal preschool and paid family leave to the mix would give Americans benefits already enjoyed by the citizens of other high-tech countries that are just as productive as the U.S.

Would a greater government share of GDP impair American growth? Far from acting as a drag on the private sector, social insurance payments that go right back into the private economy tend to have a stabilizing effect, like ballast on a ship. International comparative studies have shown that the composition of taxes matters more to growth than the absolute government share of GDP. Consumption taxes like value-added taxes tend to be growth-friendly; corporate income taxes, not so much.

Americans have plenty of room to expand social insurance, as long as it is paid for in a growth-friendly way.

This is just one set of possible proposals, among many. The point is that the conventional schools of thought about how to grow the economy have become intellectually stagnant and politically rigid. It is time to move beyond talking points.