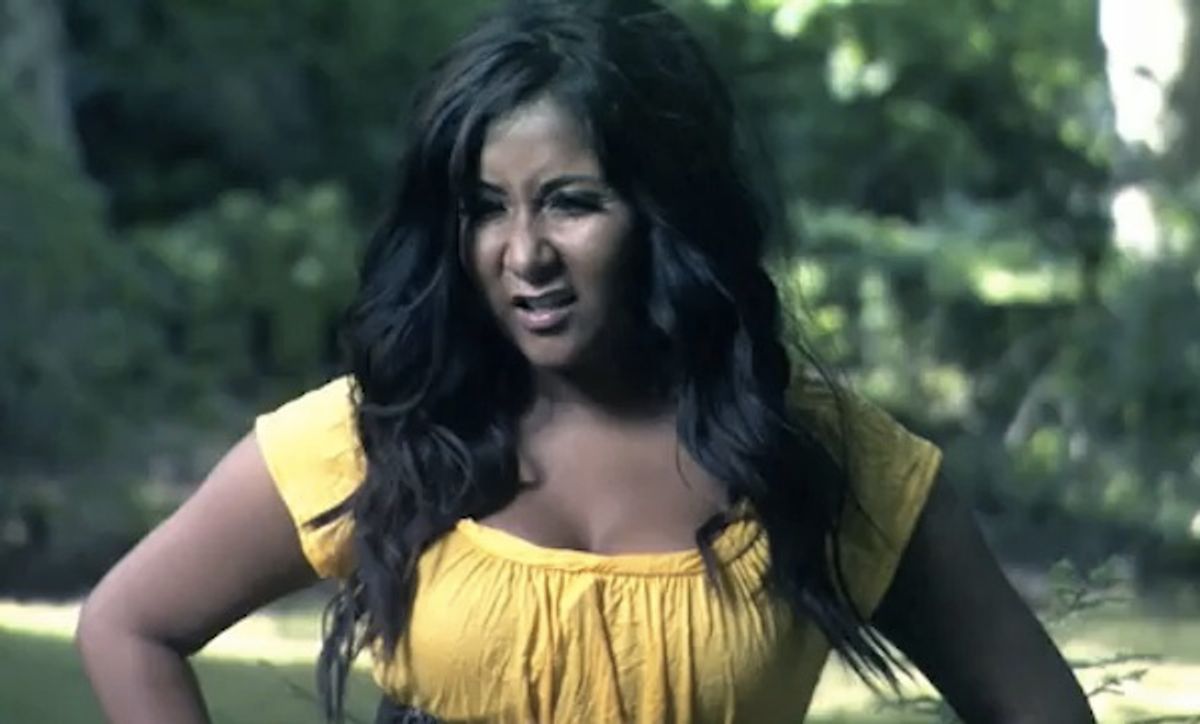 Snooki's reaction to not being allowed in Florence's clubs.
--

The cast of "Jersey Shore" has been getting some push back from the residents of their fourth season locale. Not only are Italians protesting their arrival, claiming that the group embodies the worst stereotypes about their culture -- a claim that made a lot more sense when the state of New Jersey said it, since some of these kids aren't even Italian -- and restricting access for the show's filming.

In Florence, for example, mayor Matteo Renzi has delivered an ultimatum that is a little reminiscent of last week's "30 Rock" episode, "I Love Connecticut":

-- The cast will not be filmed in bars and clubs that serve alcohol.

-- The cast will not be filmed drinking in public.

-- The show will not be filmed to promote Florence as a drinking town.

-- The show should be filmed in a manner to promote Italy (not Americans visiting Italy) and feature it’s culture and good food.

Unfortunately, Florence mayor has also admitted that he can't legally stop "Jersey Shore" from using the city's historic buildings "as a set." It will also be difficult to enforce many, if any of these rules.

While I agree in good faith that any place in the world should try to reduce the damage that Snooki brings with her like a pint-size whirling dervish, some of these rules just seem cruelly unobtainable. How can the cast promote Italy as "not Americans visiting Italy?" Are they supposed to go out and befriend all those locales who hate them and want them gone? And it will be difficult to show how great the food is in Florence when these kids are not allowed to go within 10 feet of any place serving alcoholic beverages.

Guess Ronnie and Sammi will have to do all their screaming and yelling from inside a hotel suite for the next couple months. This season is going to be fun.