New cologne commercial "Danger Zone" features a dashing young gentleman. But does he have viral capability? 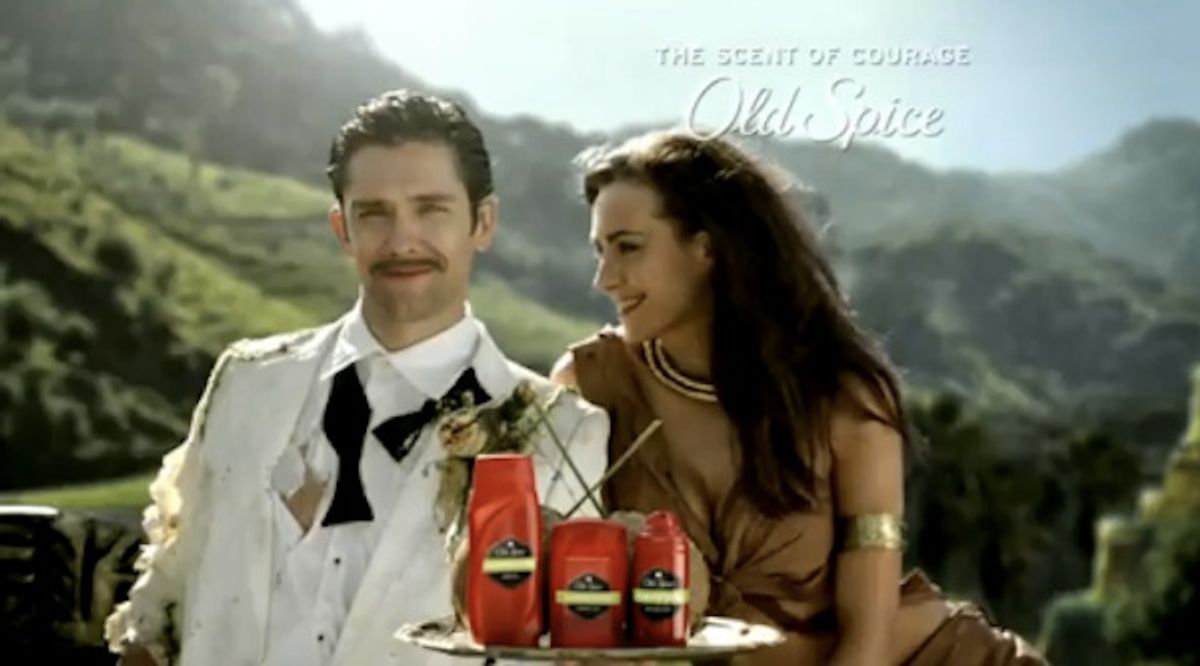 Is this the new face of Old Spice?
--

Well hello there, new Old Spice guy! It's been almost a year since Isaiah Mustafa gained Internet acclaim for his role in "The Man Your Man Could Smell Like" cologne ads, allowing Old Spice to leverage Mustafa's popularity into viral videos, a Twitter account, and alleged romantic trysts with with Alyssa Milano  and Kathy Griffin. Lately though, some have felt that Mustafa's spots are feeling a little bit "stale."

Perhaps that's why this new ad, entitled "Danger Zone" has started appearing around the web, featuring a new, yet unnamed Old Spice hero.

But who is this handsome new daredevil? It looks like the ad team behind the campaign is keeping a tight lid on the actor's name. Wieden + Kennedy, the creative team that made a star out of Isaiah went into great detail recently explaining the CGI effects they used in the new video, but never once mentioned the name of the dashing man whose legs are bitten off by crocodiles.

Either this new Old Spice spot isn't planning on making their new mustachioed hero a viral star (after all, these ads haven't even aired in the U.S. yet), or his identity is being kept a secret to build up buzz in attempt to recreate the last Old Spice guy's success.

What do you guys think? I'm not sure if I'd like this Orlando Bloom surrogate as Mustafa's replacement. Then again, maybe this guy will strictly stay off the American market, and Isaiah will continue to be our own.