Developers, start your engines! Corporate cash and Republican control equals fun in the sun for the business lobby 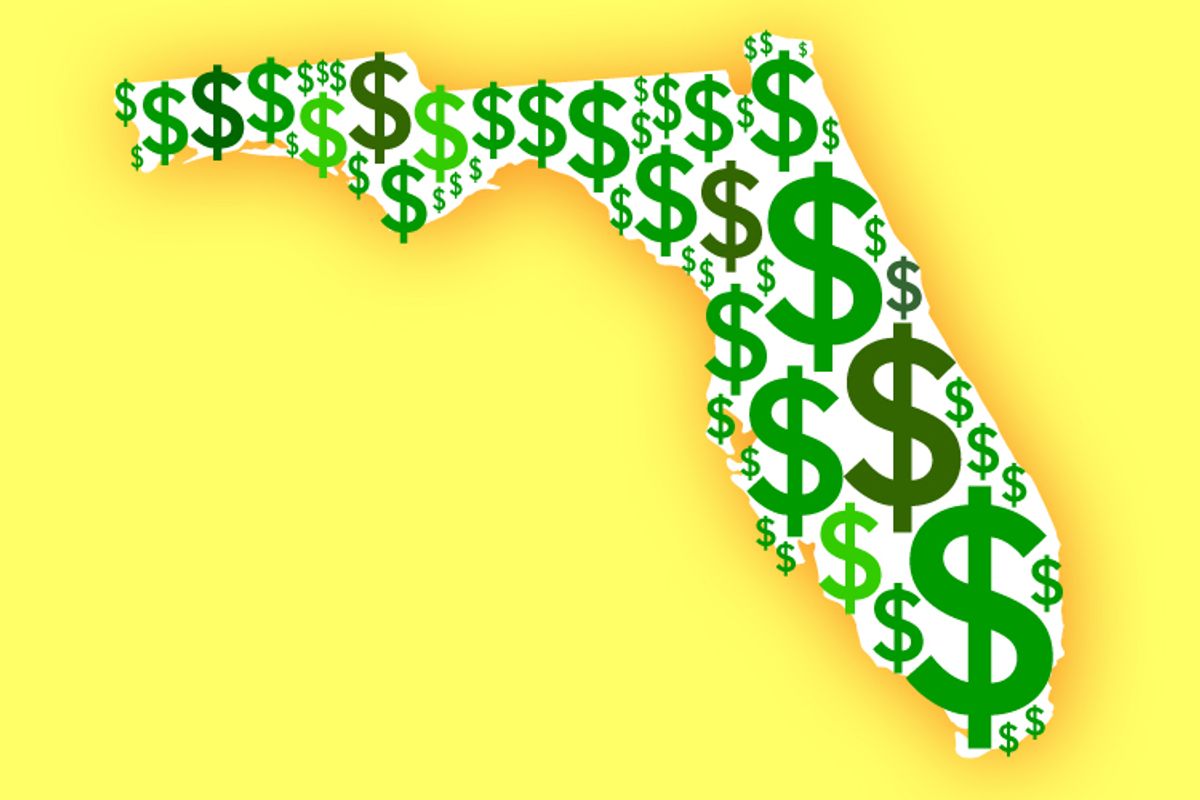 Florida has long been a case study in out-of-control sprawl and wanton environmental destruction for many decades, but in the mid-80s the state attempted to get its act together by passing a growth management law that reined in the freedom of local governments to sell their souls to the nearest deep-pocketed developer.

That was then. Now Florida is governed by  Republican super-majorities in both the House and Senate and an arch-conservative in the state house and the developers are fighting back. The growth management law is about to be gutted -- along with just about every other currently existing hindrance to the corporate freedom to gouge as much cash as possible out of the Sunshine state

The Orlando Sentinel has the deeply depressing, but essential story. An overwhelming flood of corporate campaign donations to Republicans in Florida has achieved an astonishing capitalist makeover. It's pay-off day!

Business interest groups in Tallahassee are already describing this year as a "generational opportunity" to pass sweeping "free-market"' reforms that have sat on their shelves for years.

From new restrictions on personal-injury lawsuits against automakers, limits on unemployment pay and benefit cuts for public workers to a wave of tax breaks for individual companies, the Legislature is advancing virtually the entire business-lobby playbook this session -- measures that in previous years would have been too polarizing to pass.

AT&T is pushing for rate hikes and deregulation of state oversight. A private prison operator is pushing a bill that would... privatize more prisons. A power utility wants permission to tax Florida residents to pay for building solar power plants. Health insurance groups are seeking changes in how Medicaid is run. The Florida Association of Realtors wants to cut property taxes. Universal Orlando wants tax breaks to encourage film and TV production at its own studios. And so on.

Pigs at the trough.

(Thanks to New York Times labor issue reporter Steven Greenhouse for the alert. Greenhouse is well worth following.)

How The World Works The Republican Takeover