Forget what you saw on television. We find out the true story behind the "American Idol" smooch 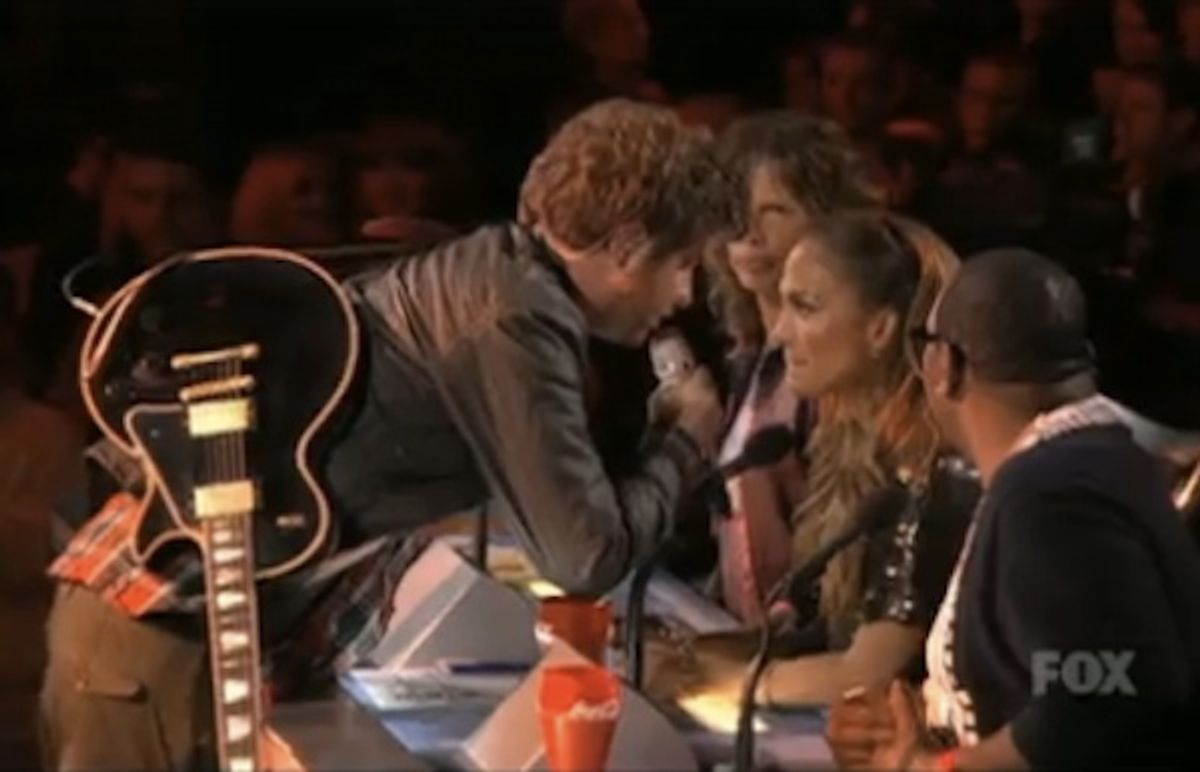 "You can do this," Casey Abrams told himself while stepping up to the microphone. "Just remember to take deep breaths." Casey understood the inherent irony of telling himself to inhale when he was about to sing Maroon 5's "Harder to Breathe" in front of millions of people on "American Idol." But that's not what Casey was worried about.

The portly bearded gentleman had spent weeks practicing his kissing technique at home on an upside-down mop, to which he had attached a photo of Jennifer Lopez's face from InStyle magazine. Every night, he would sing-whisper the last lines -- "It's getting harder and harder to breathe" -- while slowly inching his face toward the J. Lo cutout. For 14 days, he had planted a kiss on the "Idol" judge's paper lips, imagining her eyes turning moist and looking back at his with absolute love and devotion.

Casey knew he would make it to the Top 3 with this move. He was sure of it. He heard the beginning strains of the song and inhaled deeply.

For years afterward, Casey's friends would sit around a long wooden table, drinking grog and demanding that he tell the tale of the time he had kissed Jennifer Lopez on the cheek. Casey would recount his heroism with a certain shyness and shuffling of his feet: something that his mates would chalk up to the young man's humble nature. Casey could never bear to tell them the truth. It was only on his honeymoon night, when his zaftig new bride with her ample breasts asked him about his experience with Jennifer Lopez, did Casey Abrams finally unburden himself of the truth.

"She had terrible breath," Casey said with a sigh. "It was actually really gross."

After a pause which seemed to last forever, Mrs. Abrams let out a hearty laugh. The former "American Idol" star joined with her, relieved to have finally gotten that terrible secret off his chest.